Step away from the Peppa Pig playset! Scented candles, toys and even poor old Henry the hoover… the everyday items shoppers are BANNED from buying under Welsh government’s crazy Covid rules

Bedding, children’s toys, vacuum cleaners and clothes are among the items which are now off-limits in Welsh supermarkets following the imposition of a 17-day lockdown.

There were farcical scenes of shelves of ordinary goods which had been taped off, covered with plastic or blocked with pallets of drinks.

Critics including Madness of Crowds author Douglas Murray branded the move ‘madness’ and said the only person to benefit would be Amazon owner Jeff Bezos, hinting that shoppers would just buy things online instead.

The Welsh Government was also unable to provide clarity over what goods counted as ‘essential’, with one minister instead saying that he hoped retailers would have a ‘grown-up understanding’.

Below, MailOnline highlights some of the products, which also include toasted sandwich makers and microwaves, which are now off-limits to customers.

Vacuum cleaners (pictured) are among the items which supermarkets have deemed ‘non-essential’ after the Welsh Government’s imposition of a 17-day lockdown. Retailers have been ordered to sell only essential goods and so many supermarket aisles were roped off and products covered up 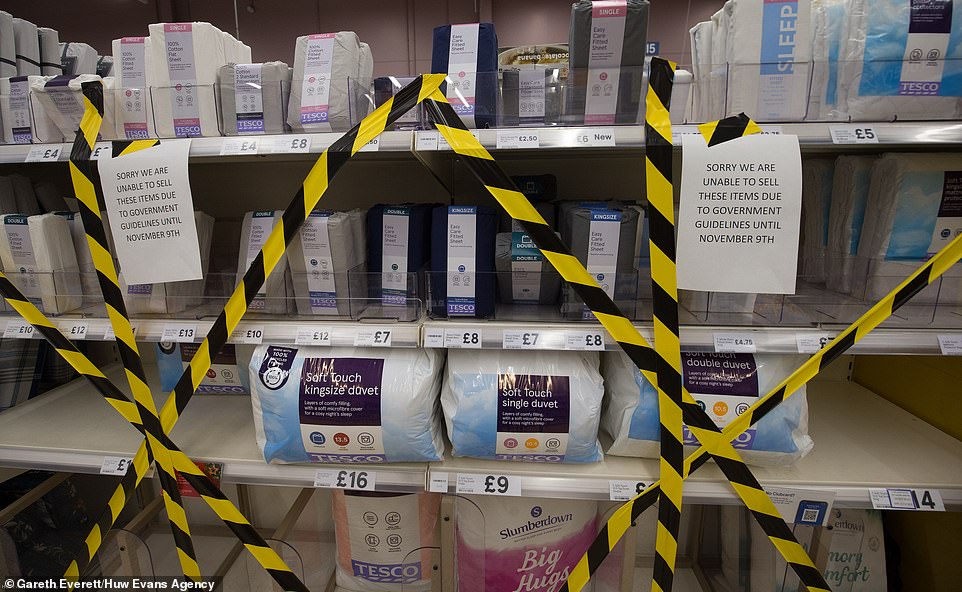 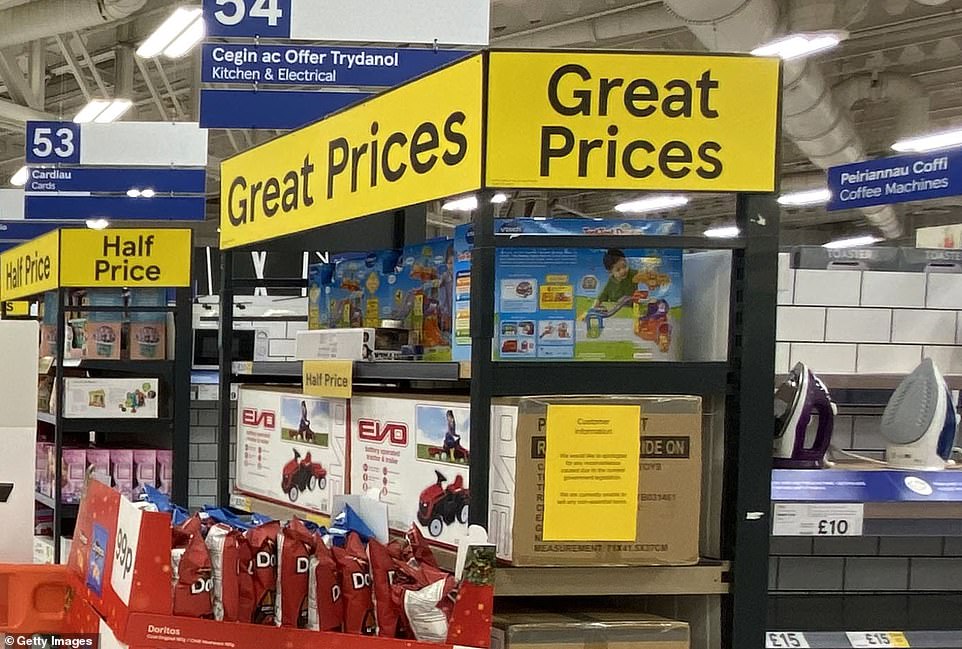 Children’s toys, including a mock ride-on lawn mower, were also taped off after being deemed ‘non-essential’ by staff at this Tesco store in Cardiff 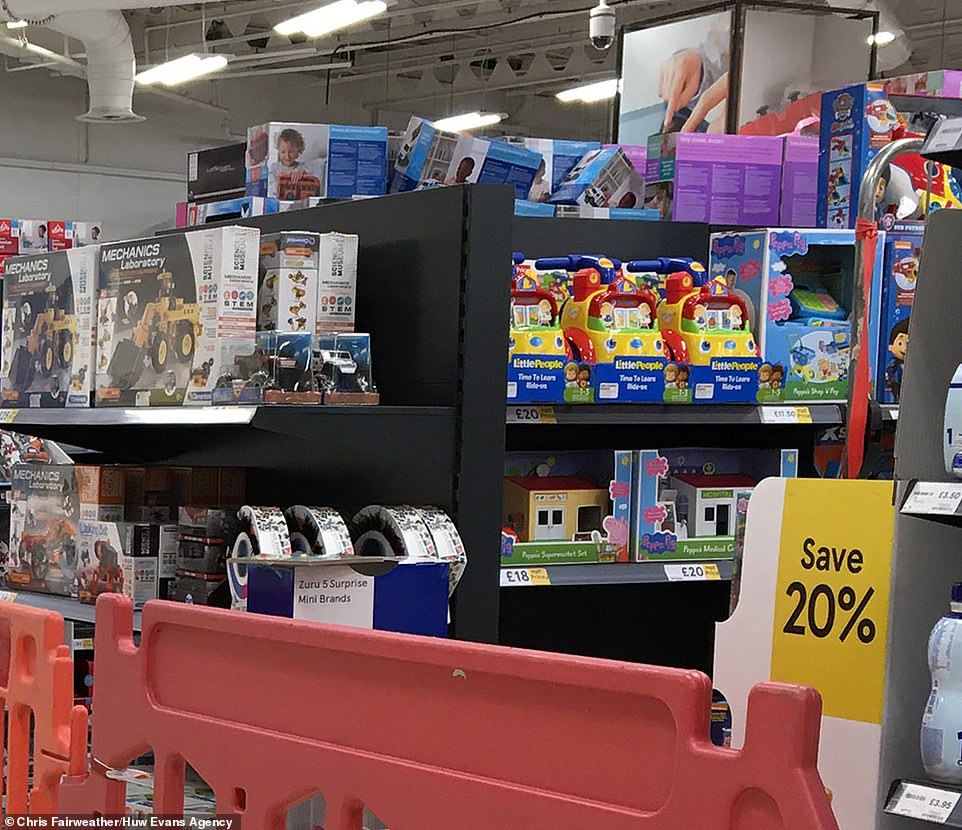 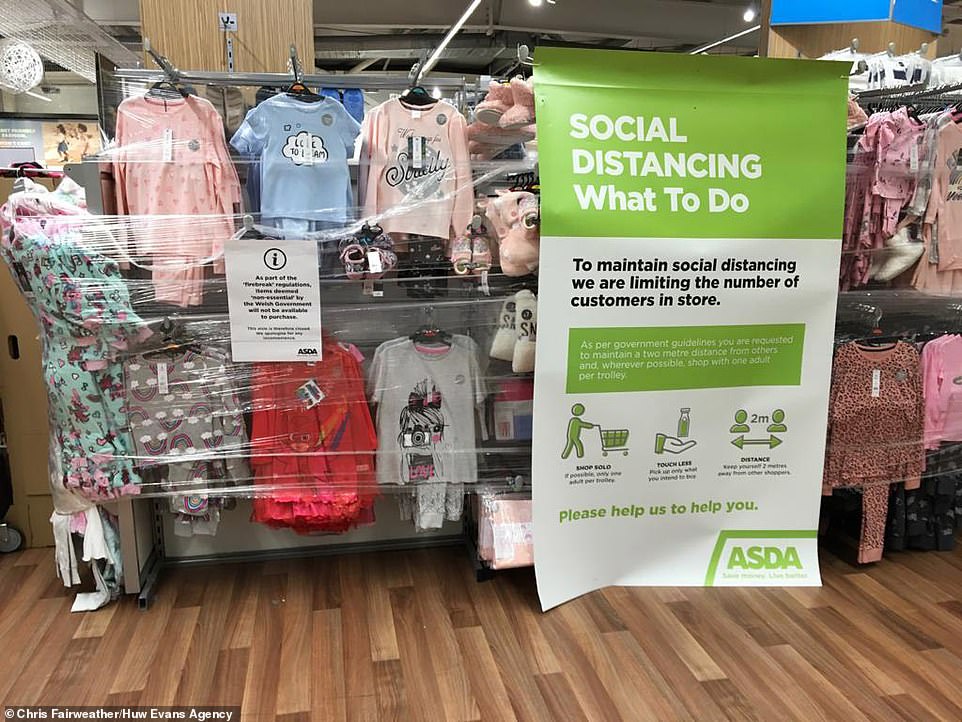 Clothes, which many parents would put near the top of a priority list for their kids, were also taped off after being deemed non-essential at this Asda store in Cardiff 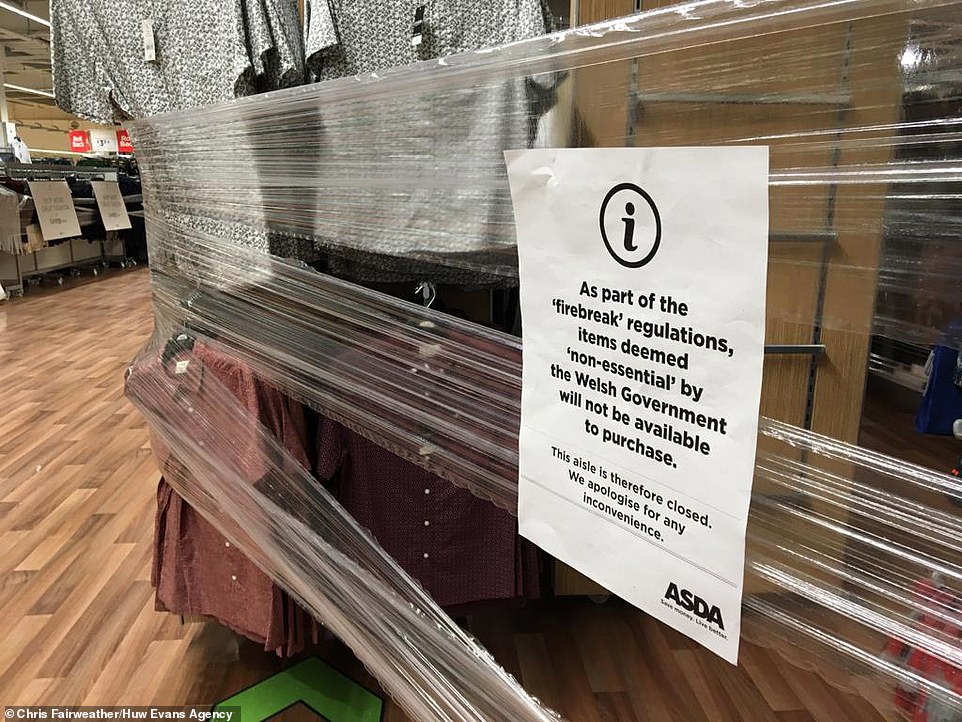 As well as children’s clothes, adults’ shirts were also seen taped off at the same Cardiff Asda store on Friday 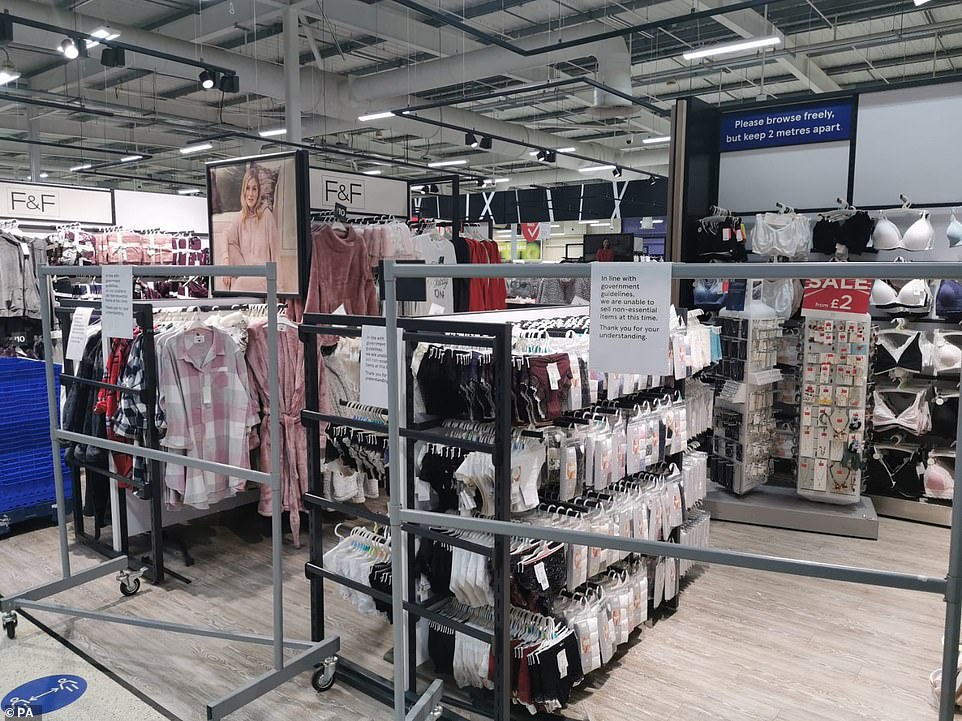 Underwear and women’s shirts, dressing gowns and even bras were off-limits to customers at this Tesco store in Wales 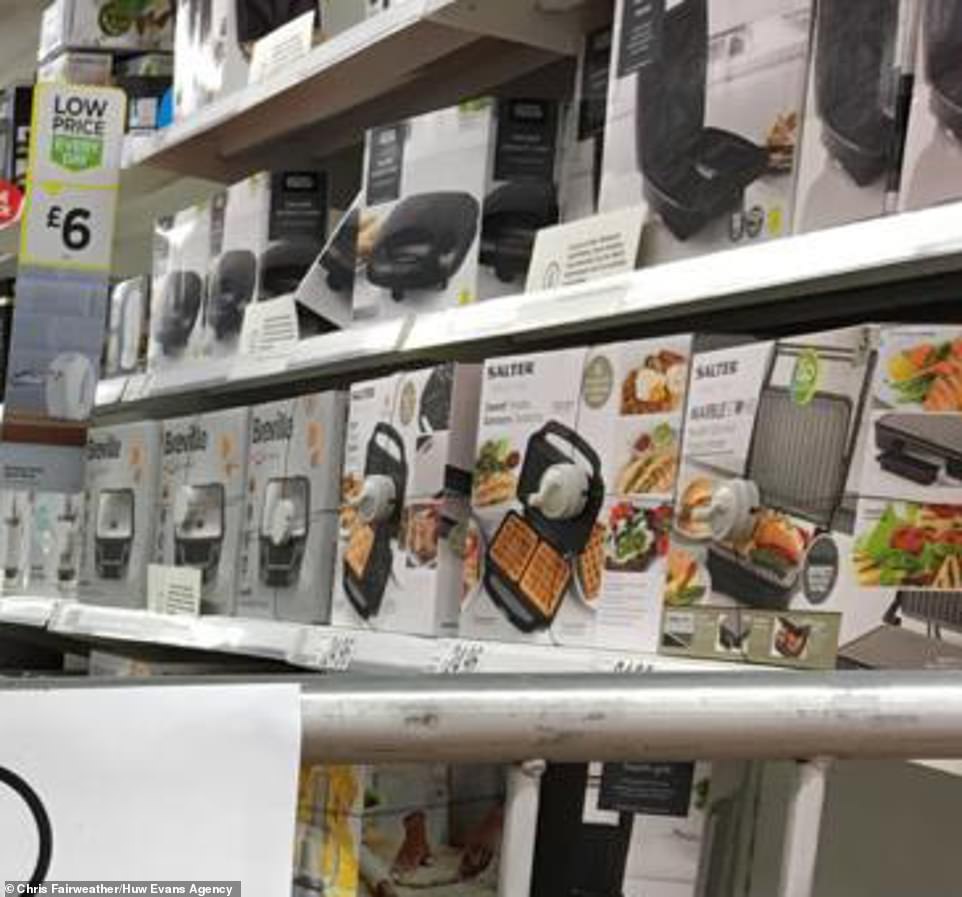 Toasted sandwich makers (pictured above in an Asda store in Cardiff) are also now considered a banned item in Welsh shops after the imposition of a 17-day lockdown. 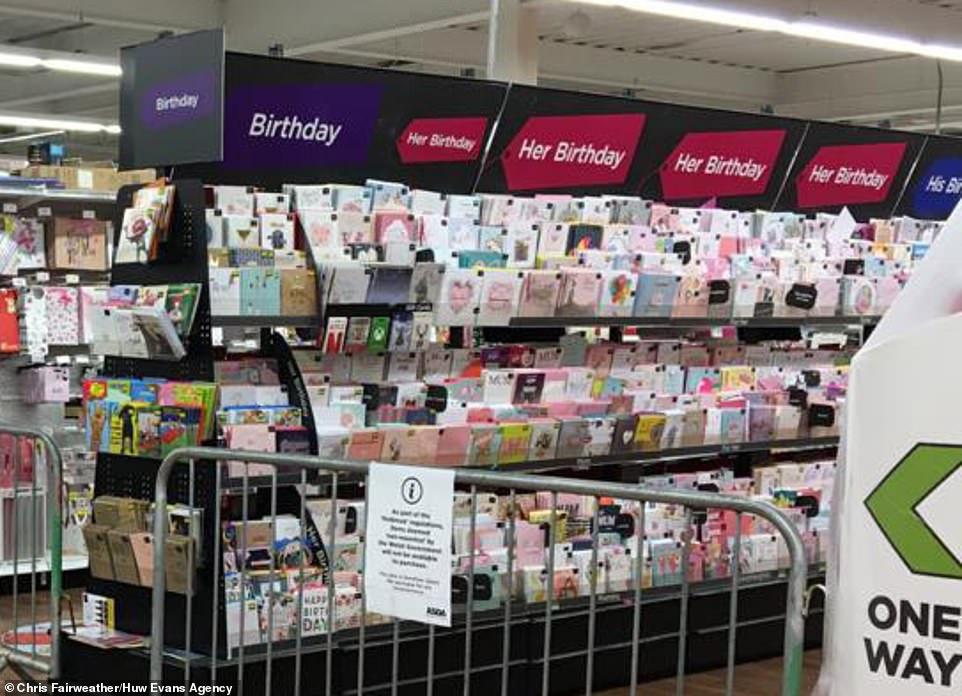 Anyone with a birthday coming up might be disappointed this year because cards have also been deemed non-essential. Pictured: These cards were seen fenced off at a Cardiff Asda store 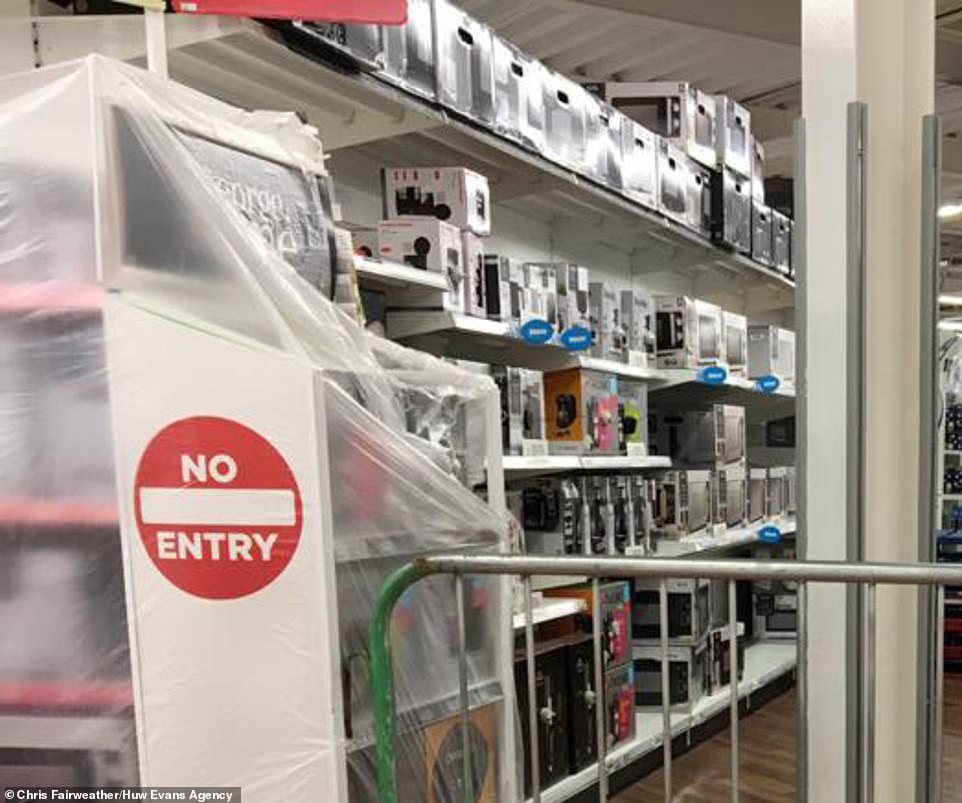 Microwaves were also considered a luxury item, although there is nothing to stop shoppers looking online to buy kitchen goods 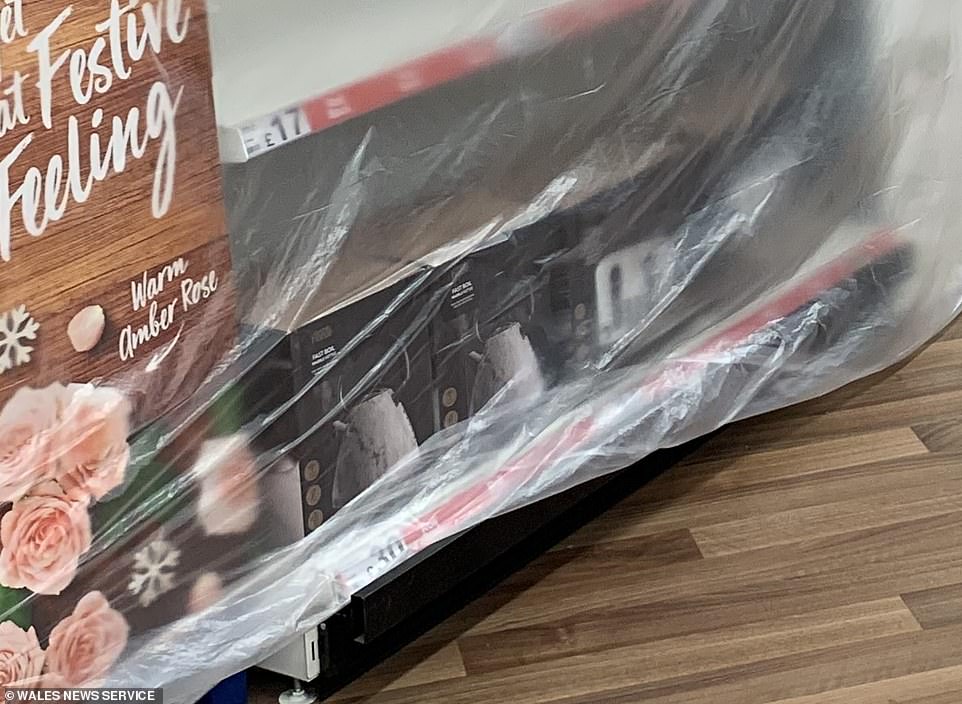 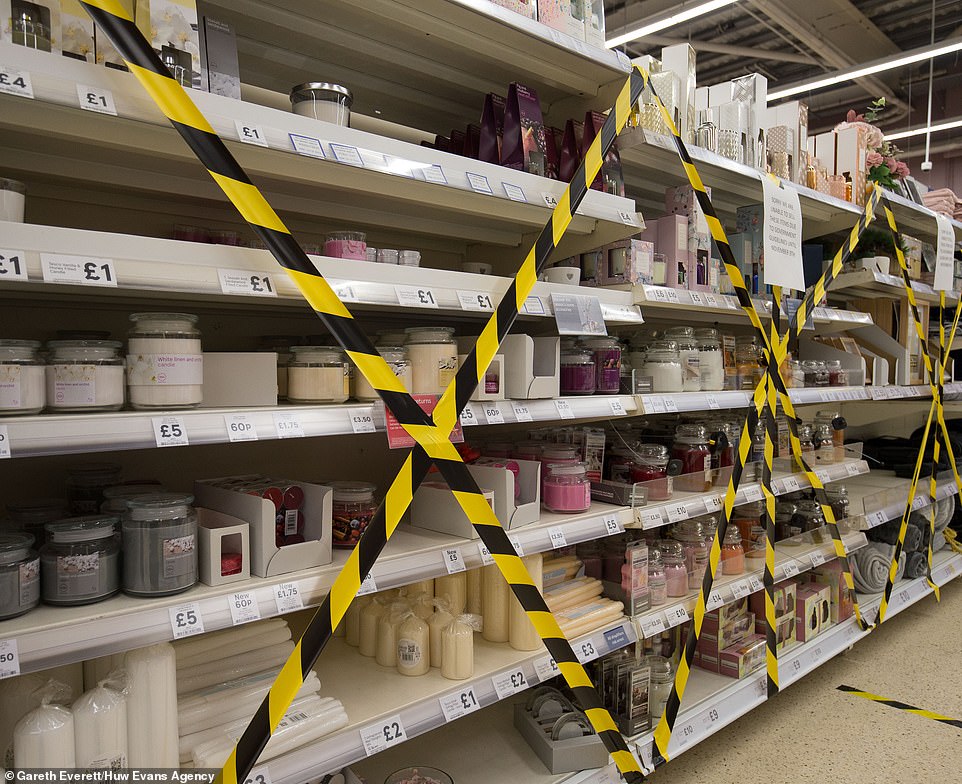 Scented candles are also on the banned list. This picture was taken at a Tesco store in Pontypool on Friday 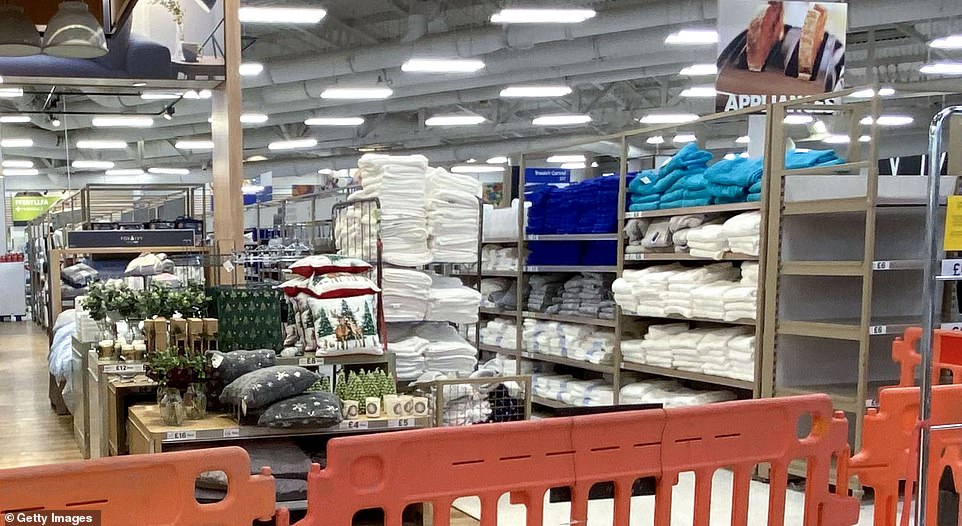 Christmas-themed cushions, as well as towels, are also considered a non-essential item and were seen fenced off at this Tesco store in Cardiff on Friday 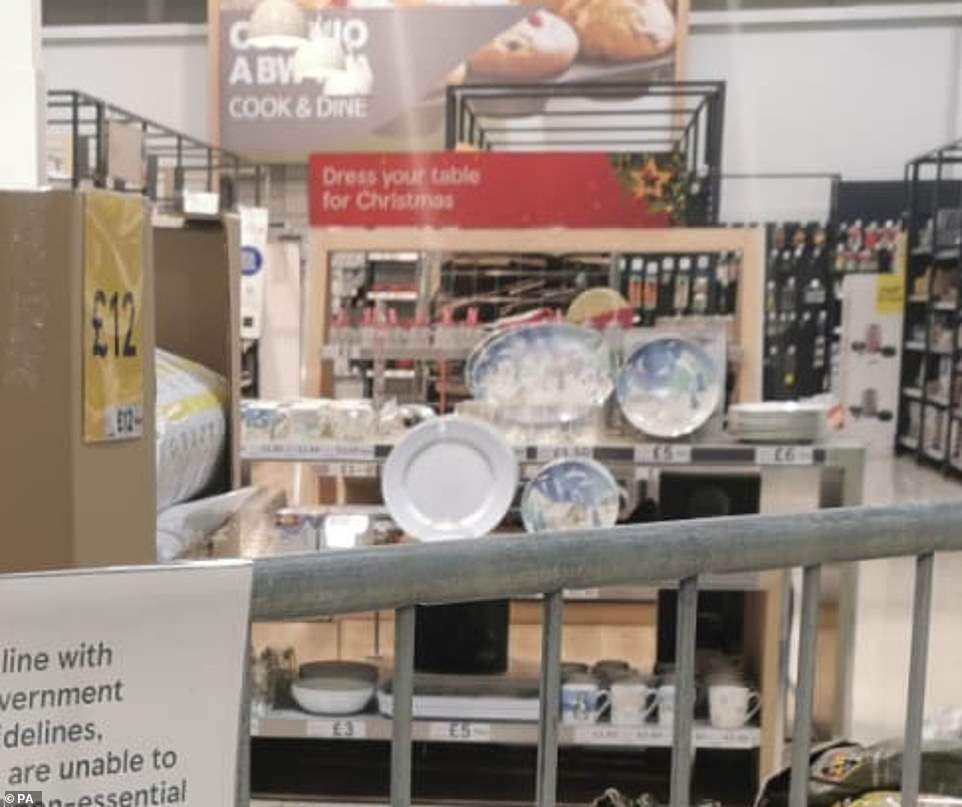 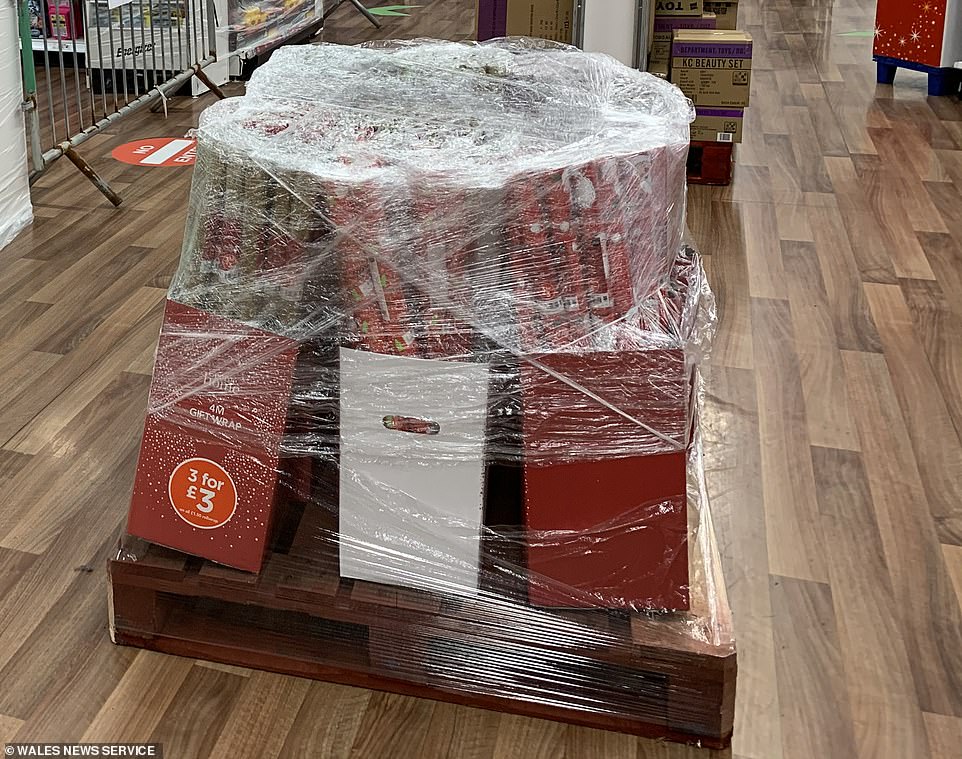 Even though Christmas is fast-approaching, wrapping paper is also considered a luxury item and was seen taped up at this Tesco store