A woman who suffered a head injury during a car accident praised her beautician because her lashes stayed intact during the incident.

On October 30, Karina Montes from Arizona, was involved in a crash after a truck allegedly hit her.

She sustained a head injury and her 2204 Chevrolet Cavalier was written off in the accident.

After spending three weeks in hospital, Karina got in touch with her beautician Valeria Brianna to praise her work, and the delighted beauty professional took to Twitter to share her client’s message.

Karina Montes, from America, was involved in a car accident on October 30 and spent three weeks in hospital recovering before texting her beautician to let her know her eyelashes had survived the incident 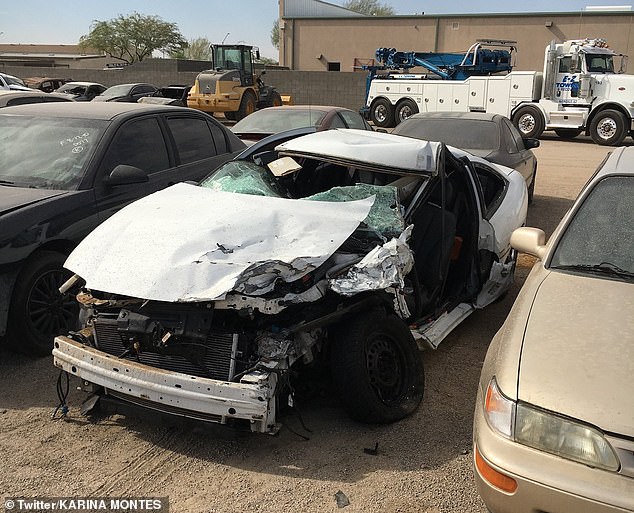 Karina’s 2004 Chevrolet Cavalier did not survive the accident

She told Valeria the eyelash extensions she had given her had managed not to move or become damaged in the crash.

In a text message to Valeria, Karina said: ‘Heyy!! I might sound crazy but I just wanted to say you are literally the bestt lash artist ever cause GIRLL! I was in a really bad car accident on the 30th and the lashes still lasted, look!’

She also sent her beautician a picture of herself lying in her hospital bed, showing off the eyelashes.

The message continued by saying that her lashes were ‘still poppin’. 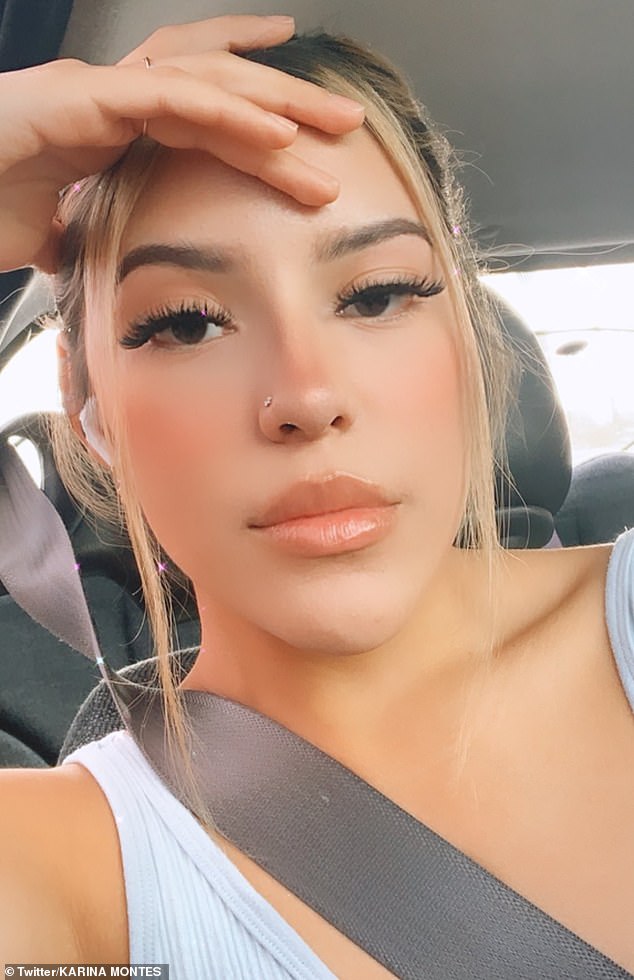 Valeria Brianna, Karina’s beautician, shared the message she received on social media and it quickly earned more than 620,000 likes. Pictured: Karina and her lashes before the car accident

One person responded to Valeria’s post and said: ‘This is the best lash advertisement I will ever stumble upon. Plus this makes for a good story any time clients ask for references hahahaha! too good. I hope she’s okay!!

A second said: ‘Now that’s how you advertise a product!’

While a third said: ‘I mean, she wasn’t wrong… those lashes are still poppin.’