Critics have hit out at the BBC for acting like an ‘internet troll’ after Rishi Sunak was compared to ‘what Prince Charles would look like in brownface’.

The comment made during The Leak, a comedy radio show on Radio Wales, by comedian Leila Navabi, 21, was followed by jibes that the Chancellor, 40,  did ‘not represent most brown people’.

Navabi also joked about the newly released 50p coin commissioned by Sunak, that reads ‘DIVERSITY BUILT BRITAIN’ in an effort to recognise the contribution of ethnic minority communities.

Presenter Tom Price laughed along as Navabi jibed ‘nobody likes the coin, the right say they recon it is virtue signalling and the left seem to agree.’

She went on to joke: ‘Rishi Sunak represents a lot of things for us as a society, not least what Prince Charles would look like in brownface.’

Hitting back at the comments Sajid Javid Former Chancellor of the Exchequer told The Sun: ‘It’s the kind of thing I expect to hear from trolls on Twitter, not the BBC.

‘The BBC should celebrate ­diversity, not sow division. I hope they think more carefully in future.’ 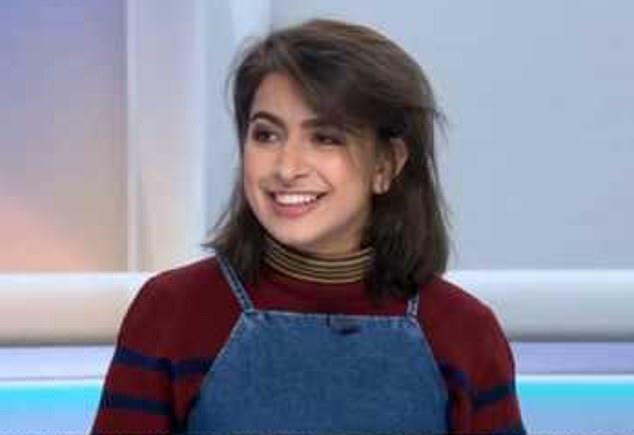 Comedian Leila Navabi, 21, (pictured) made jibes that the Chancellor, 40, did ‘not represent most brown people’

His City career as a former Goldman Sachs banker makes Sunak one of the wealthiest members of the Cabinet in his own right – with a £7 million London home, a £1.5 million estate in Yorkshire and a holiday home in California.

He is also married to billionaire’s daughter Akshata Murthy.

Born in Southampton to second-generation Indian Punjabi parents, Mr Sunak has spoken publicly about how his father, a GP, and his mother, who is a pharmacist, had to make sacrifices to send him to Winchester College, where fees are currently £41,000 a year.

A BBC spokesman told the publication: ‘In this instance, we believe that the comedian, who was a guest on the programme, was suggesting that Prince Charles and the Chancellor have a passing resemblance.’