EXPRESS INFORMER > Health & Medicine > BBC journalist, 30, ended up fighting for her life in hospital with sepsis

A BBC journalist ended up in hospital after failing to spot her own sepsis just weeks after highlighting the issue on TV.

In September, Miss McMullan, 30, interviewed sepsis survivor Kimberley Bradley, who was in a coma for eight days after being struck down with the illness.

But Miss McMullan, from Glasgow, has now revealed that just weeks after conducting the interview, she was affected by the same condition.

Re-sharing the clip on social media, she said: ‘A month after doing this interview, I ended up very unwell with sepsis myself.

‘Resulting in an A&E visit, a week in hospital and a couple more weeks of tablets and rest.

‘If you suspect sepsis, don’t hesitate to get help. I should’ve acted sooner.’

She told BBC Radio Scotland’s Drivetime programme: ‘[Miss Bradley] spoke through all of the symptoms and what to look out for and what to remember and when to get help and I did not remember them well enough.’

Sepsis occurs when the body’s immune system overreacts to an infection and starts damaging tissue and organs.

In the initial interview, broadcast on the BBC Scotland’s The Nine programme, Miss Bradley described the ‘five key’ symptoms of sepsis.

She said: ‘To be honest I hadn’t really heard of sepsis before. I wasn’t aware of the symptoms to look out for.

‘I didn’t know how common it was. I was 39, I was active and actually the healthiest I’ve been and yeah, it really hit me out of the blue.

‘The five key symptoms of sepsis are cold and blotchy skin, confusion, not passing as much urine as possible and uncontrolled shivering.

‘I had quite a lot of those and if you have any of these that are starting to deteriorate then you really need to get urgent medical attention because they are symptoms of sepsis.’ 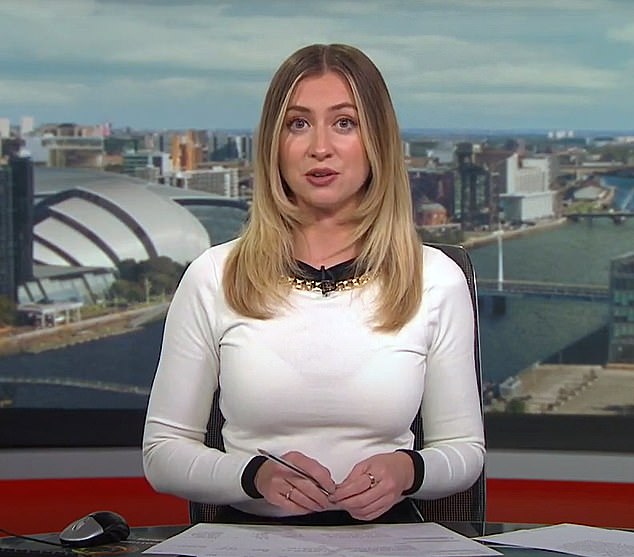 She told BBC Radio Scotland’s Drivetime programme: ‘[Miss Bradley] spoke through all of the symptoms and what to look out for and what to remember and when to get help and I did not remember them well enough’ 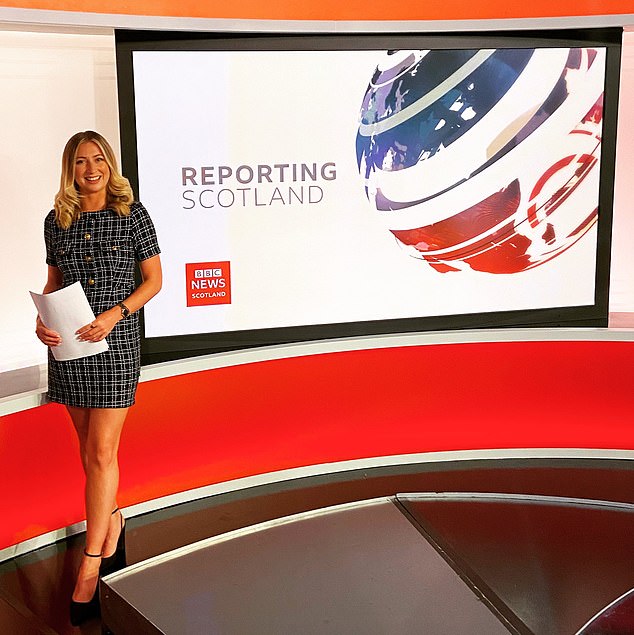 Re-sharing the clip on social media, she said: ‘A month after doing this interview, I ended up very unwell with sepsis myself. Resulting in an A&E visit, a week in hospital and a couple more weeks of tablets and rest’

Slurred speech, dizziness and fainting, breathlessness, nausea and vomiting, diarrhoea, muscular aches and a fast heartbeat can also indicate sepsis, according to the NHS.

Without rapid treatment, the condition can lead to organ damage and death.

Harry Potter star Robbie Coltrane, who died last month at the age of 72, was reportedly suffering from sepsis among other conditions at the time.

Sepsis Awareness Month took place in September and sought to raise awareness of the main sepsis symptoms and the dangers of the condition.

‘This highlights the importance of sharing sepsis stories to raise awareness of the signs and symptoms of this life-threatening condition.

‘We are glad to hear that Sarah got the medical help she needed and we hope that she continues to do well in her recovery.’

In April, scientists from the University of California revealed they have developed a blood test that could stop sepsis in its tracks.

A major cause of organ damage from sepsis occurs due to blood clots. The new test detects early signs of clotting, by identifying the proteins responsible for blood clot formation early on.

This could save vital time in the diagnosis of sepsis and boost chances of recovery.

It is hoped the method could become part of routine blood tests in the near future.

Sepsis occurs when the body reacts to an infection by attacking its own organs and tissues.

Some 44,000 people die from sepsis every year in the UK. Worldwide, someone dies from the condition every 3.5 seconds.

Sepsis has similar symptoms to flu, gastroenteritis and a chest infection.

Symptoms in children are:

Under fives may be vomiting repeatedly, not feeding or not urinating for 12 hours.

Anyone can develop sepsis but it is most common in people who have recently had surgery, have a urinary catheter or have stayed in hospital for a long time.

Other at-risk people include those with weak immune systems, chemotherapy patients, pregnant women, the elderly and the very young.

Treatment varies depending on the site of the infection but involves antibiotics, IV fluids and oxygen, if necessary.