No one in the world talks quite like this – and no politician has ever issued statements like it either: ‘Sorry losers and haters, but my I.Q. is one of the highest – and you all know it!’

That’s the unmistakeable style of Donald J. Trump, 45th President of the United States and compulsive ‘tweeter’ – sometimes sending out messages to his 82 million followers on Twitter more than 100 times a day.

To the wider world such online streams of consciousness from the most powerful man on the planet is seen by many as crass at best, and terrifying at worst.

Donald J. Trump (pictured), 45th President of the United States, sometimes sends out messages to his 82 million followers on Twitter more than 100 times a day

It’s hard to imagine any of his predecessors such as John F Kennedy or Ronald Reagan lashing out at a famous actress, as Trump did last year when he labelled Bette Midler a ‘washed up psycho’ and ‘a sick scammer’ for criticising him.

But a BBC documentary that analyses Trump’s use of Twitter argues that, far from being an international embarrassment, the messages are central to his success. Online sloganeering such as ‘Fix the laws NOW’ and ‘The press has gone Crazy. Fake News!’ has replaced the tradition of presidential addresses to a television camera.

Contrary to what The Donald might want people to believe, he didn’t invent his Twitter strategy overnight. In fact, it took years before he began to perceive the power at the tips of his thumbs. 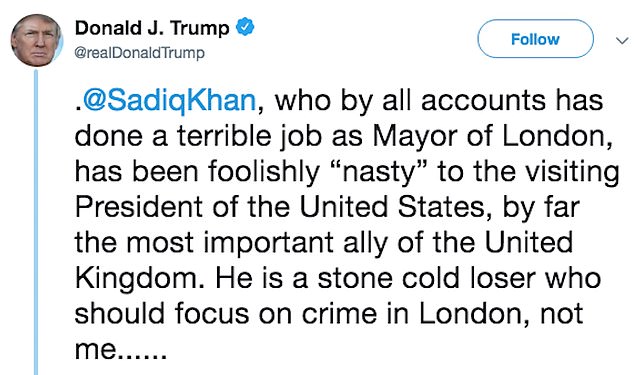 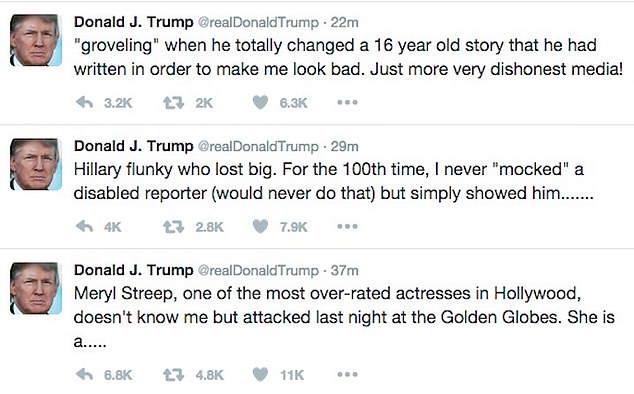 Trump has taken to Twitter to speak out against Sadiq Khan,Barack Obama, Hilary Clinton and Meryl Streep

The concept was first suggested to him by marketing consultant Peter Constanza, hired by Trump in 2009 to help him promote his latest book on business. Knowing that his boss was ‘really terrific at self-promotion,’ he asked for a face-to-face meeting: Trump’s secretary ‘gave me seven minutes on his calendar’.

The property magnate, then best known as the thrice-married host of The Apprentice in the U.S. and as a hotel and casino owner, seemed to grasp rapidly how Twitter worked – but what really got his attention was the revelation that an imposter was already tweeting with the username @DonaldTrump.

‘I said we should use @realDonald Trump,’ says Constanza, ‘and it was really clear that this resonated with him, it represented who he was. He said, “OK, let’s go with it.” When people first discover that I was the person who introduced Donald Trump to Twitter, they say things like, “How do you sleep at night?” and “Rot in hell!”’

September 29, 2014: Every time I speak of the haters and losers I do so with great love and affection. They cannot help the fact that they were born f****d up!

October 8, 2013: President Obama wants to change the name of the “White House” because it is highly discriminating and not at all politically correct!

May 12 2009: My persona will never be that of a wallflower – I’d rather build walls than cling to them

October 29, 2014: Just out – the POLAR ICE CAPS are at an all time high, the POLAR BEAR population has never been stronger. Where the hell is global warming?

December 5, 2016: If the press would cover me accurately & honorably, I would have far less reason to “tweet.” Sadly, I don’t know if that will ever happen!

January 9, 2017: Meryl Streep, one of the most over-rated actresses in Hollywood, doesn’t know me but attacked last night at the Golden Globes. She is a… Hillary flunky who lost big

June 3, 2019: @SadiqKhan, who by all accounts has done a terrible job as Mayor of London, has been foolishly “nasty” to the visiting President of the United States, by far the most important ally of the United Kingdom. He is a stone cold loser who should focus on crime in London, not me…

Constanza adds: ‘It was pretty obvious at that time that Mr Trump was not the most technical person at using computers or smartphones.’ He wrote Trump’s tweets for the next year, and the first (on May 4, 2009) could not have been more innocuous: ‘Be sure to tune in and watch Donald Trump on Late Night with David Letterman tonight.’

When Constanza left, Trump’s advisors encouraged him to be more abrasive and confrontational online. He began picking fights with celebrities: ‘I like Russell Brand, but Katy Perry made a big mistake when she married him,’ he sneered. ‘Sacha Baron Cohen is a moron… Cher should stop with the bad plastic surgery…’

He waded into conspiracy theories too, suggesting a link between vaccines and autism, and claiming to have reliable evidence that President Barack Obama was born not in Hawaii but in Kenya – which would make his presidency illegal.

It was the beginning of a simmering feud that continues to this day. Even when the exasperated Obama produced his birth certificate, Trump hinted that he believed it was a forgery. Then, as he launched his campaign for the White House, he accused the outgoing president of tapping the phones in Trump Tower – an accusation that echoed the Watergate scandal which brought down President Richard Nixon in 1974. 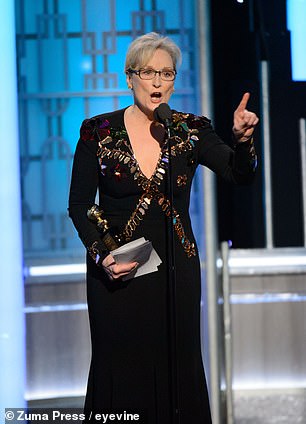 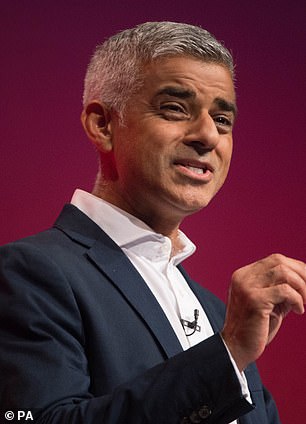 Trump labelled it ‘Obamagate’, a word he continues to tweet without explaining exactly what it means – only that it is ‘the greatest political scandal in the history of the United States’. A reporter who questioned this last month [MAY] was told, ‘It’s been going on for a very long time. You know what the crime is. The crime is very obvious to everybody.’

But as his political statements on immigration and global warming became more combative, his Twitter following surged past two million – making him an online megastar.

It was at the outset of his war with Obama that Trump took a momentous step. He started posting his own tweets.

Until then, his staff wrote them, often following Trump’s dictation but always correcting his spelling and grammar, and softening his most outrageous or libellous statements. One day in 2013, he picked up his phone, logged into the account and sent a message – unsupervised, uncensored. 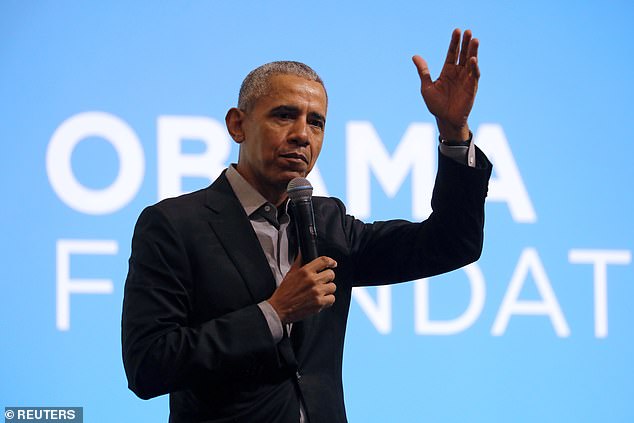 In 2013 Obama, pictured last year at an Obama Foundation event in Kuala Lumpur, Malaysia, began followed Trump’s lead and writing his own Tweets

Constanza describes it as ‘that moment in Jurassic Park when they realise velociraptors could open doors and get out’. The monster was loose.

And he was planning to run for president. His opponents failed to take him seriously at first, regarding him more as a joke than a threat. But they had no defence against Trump’s super-power, his ability to shape every debate with slogans on Twitter.

The favourite contender as Republican nomination was Jeb Bush, son of President George Bush and brother of President George Walker Bush. Trump labelled him ‘Low Energy Jeb,’ a jibe that turned the Florida Governor’s laid-back persona into a crippling defect.

When Texan senator Ted Cruz was dubbed ‘Lyin’ Ted’, his compure was destroyed along with his reputation. Goaded, Cruz launched into a tirade in a television interview that left him looking emotionally unstable. 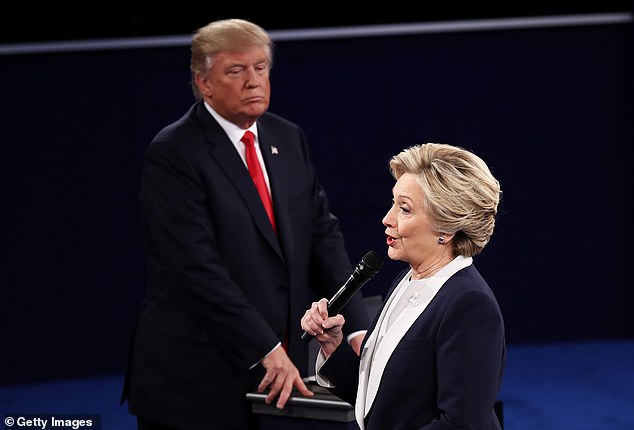 The Democratic nominee Hillary Clinton, a former First Lady and Secretary of State, was expected to with the 2016 election with ease. But she couldn’t shake off the aura of corruption fostered when Trump labelled her ‘Crooked Hillary’.

The nicknames kept flowing after Trump arrived in the White House. Former FBI chief James Comey, who was investigating allegations of Russian influence on the election result, became ‘Slippery James’. Enemies who tried to hold him to account were dismissed with playground insults: ‘Sneaky’, ‘Wacko’, ‘Low-IQ’, ‘Weirdo’, ‘Braindead’, ‘Dummy’, ‘Flakey’.

Financier Anthony Scaramucci, who served briefly as Trump’s director of communications, saw at first hand how devastating the tactic could be. ‘You have this orange wrecking ball coming into your life. He took everybody off their game. That’s how he used Twitter, it was a strategic device to put people on their heels.’ 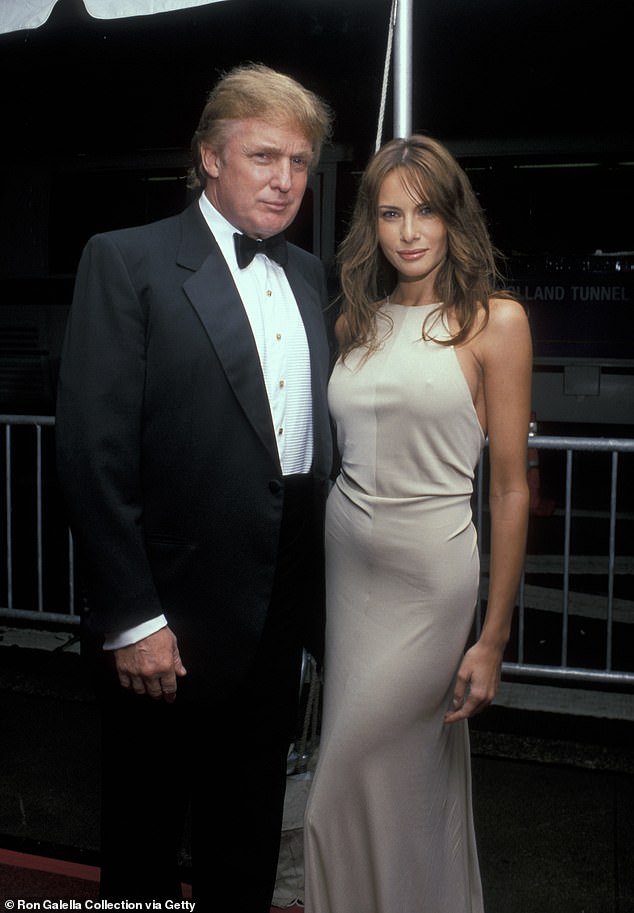 In 2016 Trump, pictured with wife Melania before his presidency, defended himself on Twitter following allegations of sexual assault

Trump’s opponent in this November’s election will be Joe Biden – first dubbed ‘Sleepy Joe’ and then, when allegations emerged of sexual harassment, ‘SleepyCreepy’. With widespread though unproven claims against Trump of rape, molestation and consorting with prostitutes, the sheer chutzpah of that slur is breath-taking. No one, however, ever accused Donald Trump of lacking self-confidence.

In 2016, despite being caught on camera boasting that as a star it was easy for him to get away with sexual assaults, he flatly denied all claims against him: ‘Nothing ever happened with any of these women. Totally made up nonsense to steal the election. Nobody has more respect for women than me!’

All the Twitter name-calling came to a head in 2017 when Trump appeared ready to launch a nuclear attack on North Korea in retaliation for dictator Kim Jong-un’s atomic missile tests. In a flurry of tweets taunting Kim as ‘Little Rocket Man’, the president sneered that negotiation was a waste of time: ‘We’ll do what has to be done!’ 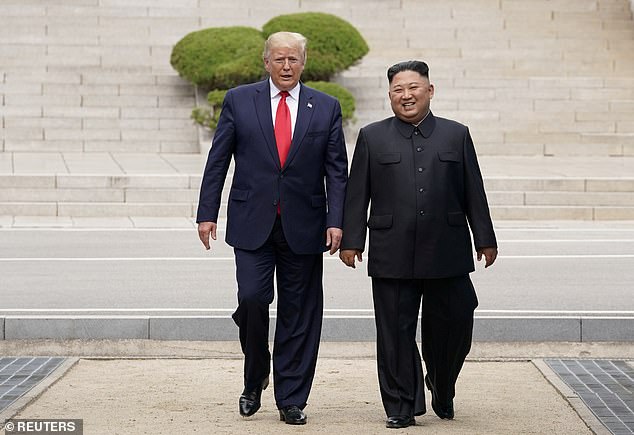 All the Twitter name-calling came to a head in 2017 when Trump appeared ready to launch a nuclear attack on North Korea in retaliation for dictator Kim Jong-un’s atomic missile tests. The pair are pictured in South Korea last year

Former press secretary Sean Spicer defends the outburst: ‘That shows an understanding of the culture of North Korea. That’s what it takes to get an initial response.’

When North Korea called his statement ‘the reckless remarks of an old lunatic,’ Trump flashed back, ‘Why would Kim Jong-un insult me by calling me “old,” when I would NEVER call him “short and fat”? Oh well, I try so hard to be his friend – and maybe someday that will happen!’

And happen it did, the following year, with a peace summit which ended in a climbdown on both sides. Trump was able to claim that his ‘Twitter diplomacy’ had succeeded, though many thought the threats of nuclear confrontation were beyond all justification.

‘Is that an appropriate thing to do?’ Scaramucci demands in the documentary. ‘He might not have early stage dementia but he has early stage Fascism.’

Many believed he had gone too far when he attacked two female politicians in 2019, Alexandria Ocasio-Cortez and Ilhan Omar. ‘So interesting to see “Progressive” Democrat Congresswomen,’ he tweeted, who originally came from countries whose governments are a complete and total catastrophe… viciously telling the people of the United States, the greatest and most powerful Nation on earth, how our government is to be run. 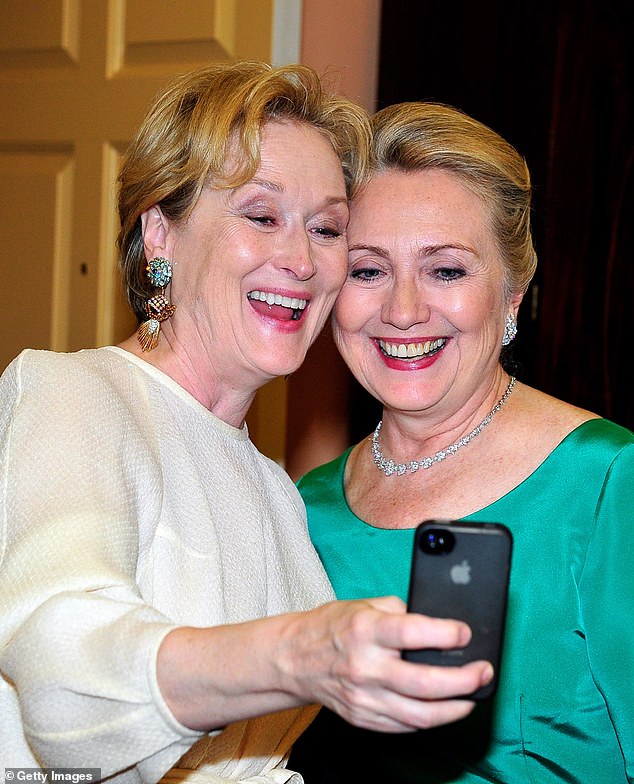 This year has finally seen signs that Trump’s pre-eminence on social media is waning. Pictured, Meryl Streep after taking a photo of herself with Hillary Clinton in 2012

‘Why don’t they go back and help fix the totally broken and crime infested places from which they came… These places need your help badly, you can’t leave fast enough.’ Omar was born in Somalia, Ocasio-Cortez in the Bronx, New York.

This year has finally seen signs that Trump’s pre-eminence on social media is waning. A political rally in Tulsa, Oklahoma, earlier this month – intended to kick-start his campaign for a second term in the White House – was turned into a laughing stock by teenage saboteurs.

Co-operating over the picture messaging platform Instagram, they booked tens of thousands of tickets… then failed to show up. Staffers said Trump’s rage at the prank registered ‘15 out of 10’.

If he continues to be outmanoeuvred with such embarrassing ease, The Donald might find himself lumbered with the insulting nickname he loathes most of all: ‘Loser’ Trump.