The Big Night In has got underway with three hours of comedy and music set to raise millions for those hit hardest by the coronavirus crisis.

On the night Britain comes together to clap for the NHS, BBC One, Children in Need and Comic Relief are putting on a TV fundraiser to lift the nation’s spirits.

The show is being presented live from the One Show studio in London by Sir Lenny Henry, Davina McCall, Matt Baker and Paddy McGuinness.

The presenters, who kicked off the show by assuring viewers all the crew are observing social distancing, will appear alongside a host of celebrity guests, including Peter Kay, Catherine Tate and Gary Barlow.

Hosts Sir Lenny Henry, Davina McCall and Matt Baker are pictured six feet apart inside The One Show studio to kick off The Big Night In 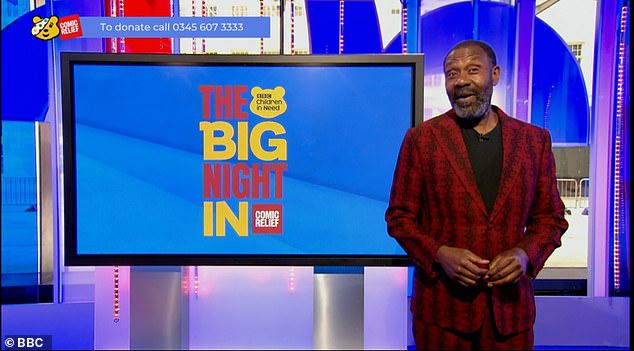 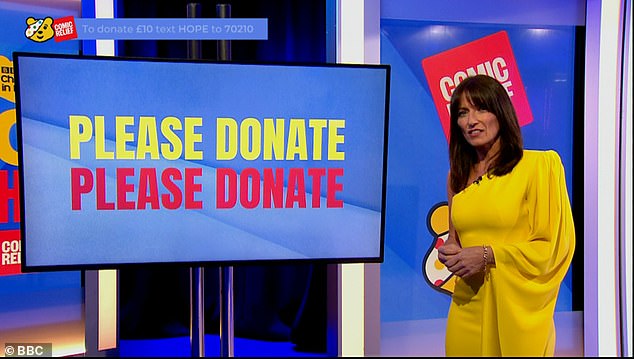 The show is being presented live from the One Show studio in London by Lenny Henry, Davina McCall (pictured), Matt Baker and Paddy McGuinness 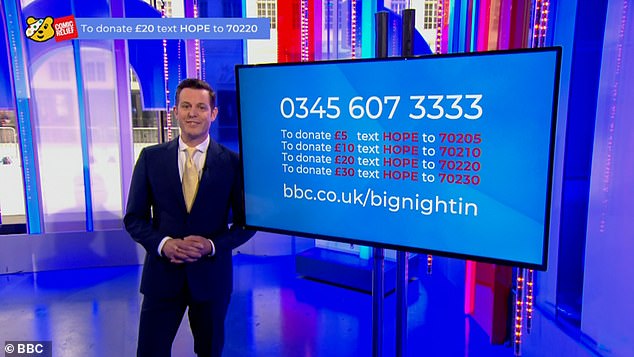 The star-studded show will feature musical performances by the likes of Sam Smith, Liam Payne and Rita Ora and comedy sketches from Miranda Hart and Little Britain stars David Walliams and Matt Lucas.

Kicking off the programme Sir Lenny said: ‘It’s 7 O’Clock on Thursday, or is it Sunday? Who knows anymore, I’m just glad to be wearing trousers.’

Asked why Children In Need mascot Pudsey Bear was absent, he joked he had been ‘furloughed’.

While his co-host Davina McCall told viewers: ‘So put down that banana bread, stop that online quiz, and prepare to be entertained.

In an earlier statement, Davina, 52, promised a ‘really special evening’, while Matt, 42, said it was ‘his honour’ to present the show.

Paddy, 46, added: ‘I’m thrilled to be given the opportunity to show my appreciation. Thank you to all the amazing key workers out there and our fantastic NHS.’

Viewers will have the opportunity to donate, should they feel able to do so, to help support vulnerable people of all ages and backgrounds across the UK who will be significantly impacted by the crisis. 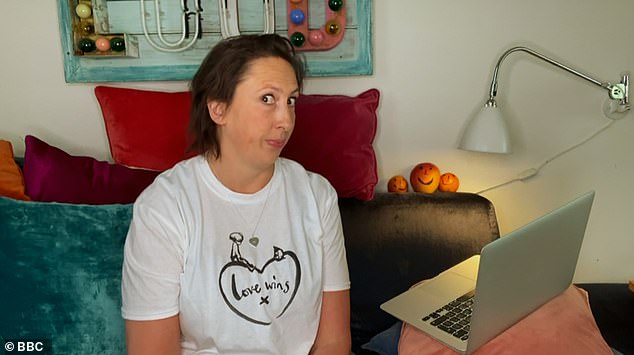 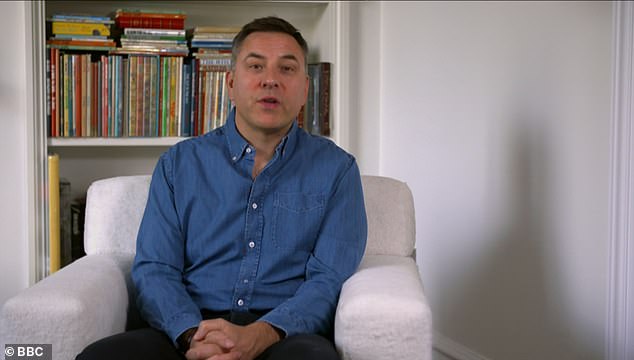 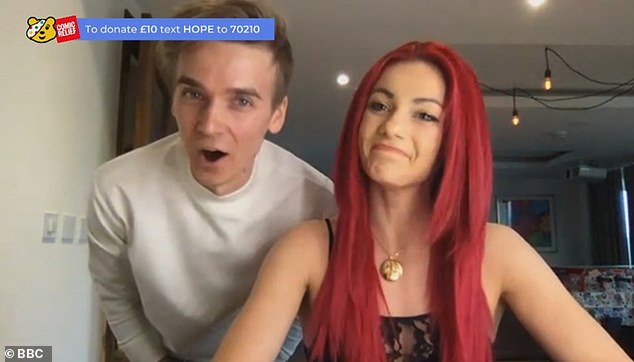 Funds raised on the night will be split equally between BBC Children in Need and Comic Relief to provide essential support to local charities, projects and programmes across the UK to help those most in need.

Chancellor Rishi Sunak, announced last week that the UK Treasury would match pound for pound any contributions the public raise on the show.

He said in a clip recorded for the show: ‘Hi everyone, I know these are difficult times. Look we’re all worried, worried about our health, our friends our family.

‘But I also think we will look back and remember that at this time of crisis that we came together as a country.

‘We were there for each other and that’s what the Big Night In is all about, I am so grateful to everyone who has donated tonight and don’t forget that the government has pledged to match every pound you donate so please do give generously. 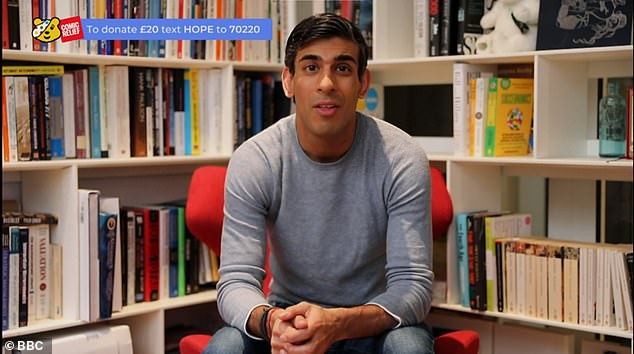 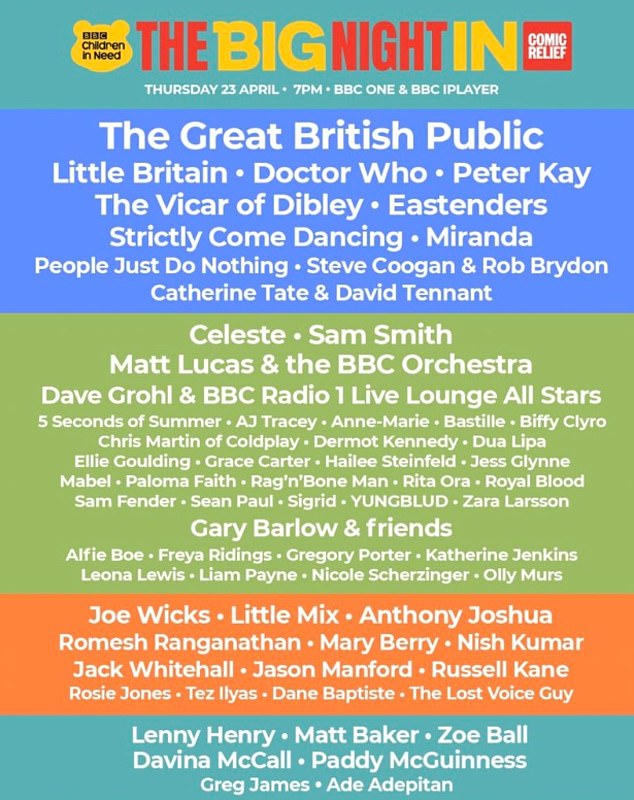