Bayern Munich ‘are interested in signing Pedri from Barcelona’ despite the £830million release clause in the teenager’s contract.

The German club are reportedly thoroughly impressed by the potential of the 18-year-old Spain international midfielder and could seek to capitalise on Barcelona’s financial turmoil to sign him for less than his market value.

Pedri would undoubtedly become Bayern’s all-time record signing, eclipsing the £75m they paid for Lucas Hernandez back in 2019. 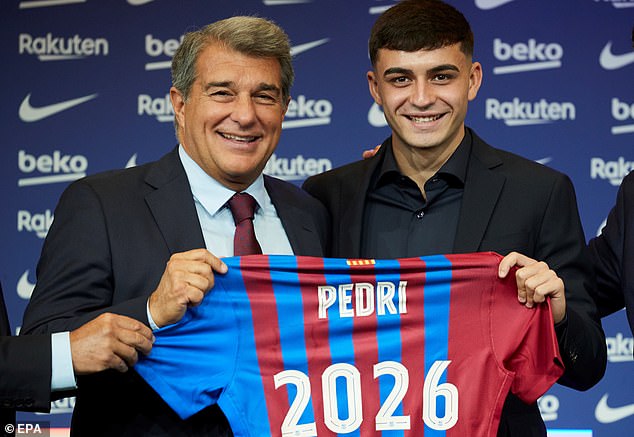 Spanish newspaper AS report that Bayern would also be willing to quadruple the wages of the teenager to tempt him to the Allianz Arena and his representatives are aware of their interest.

Barcelona slapped the exorbitant release clause on Pedri’s contract through until 2026 when he put pen to paper on a renewal back in October.

But clearly any attempt to deter the interest of their European rivals has failed with Bayern clearly confident they can sign Pedri on the cheap.

Pedri, who signed from Las Palmas in 2019 and joined the Barcelona squad the following year, played 52 games for the Nou Camp club last season. 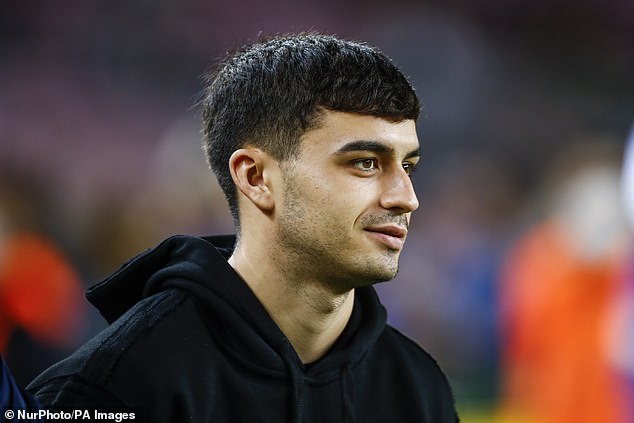 But a thigh injury has restricted his involvement to just four games so far this season and reports over the weekend suggested a relapse of the issue could keep him out until next year.

Barcelona’s financial situation is precarious with president Joan Laporta making no secret of their colossal debts totalling over £1billion.

This will prompt the sale of key players, with midfielder Frenkie de Jong attracting interest from the two Manchester clubs.

Pedri this week won the 2021 Golden Boy award for the best under-21 player in Europe’s top divisions.