A barrister who thought he had discovered milk bottles in his garden was shocked to discover they were actually live grenades from the Second World War.

James Osborne found two crates containing 48 explosives in a corner of his £2m home in Bramdean in the South Downs National Park where he used to have bonfires just a few feet above where they were discovered.

Huge explosions could be heard as the bombs, believed to have distributed to the Home Guard to defend against a potential Nazi invasion during the Second World War, were detonated in a controlled explosion.

Mr Osborne, 45, discovered the active bombs after hiring a landscape garden to level out a small plot of his six acre estate, which can also be rented out to guests via Airbnb.

The two crates of Self-Igniting Phosphorus grenades (SIP) were assumed to be milk bottles, but it was only when Mr Osborne spotted a sign on them reading a sign which said ‘AW bombs fire instantly on breaking in air’ that he realised what they were.

When they began to smoke, he contacted the police, who dispatched emergency services, including bomb disposal teams, to the grade two listed property.

The grenades were put in a sand-lined skip and detonated behind a wall of water created by fire fighters.

The grenades were issued to Britain’s Home Guard during the Second World War for volunteers to throw at Nazi troops and tanks in the event of an invasion.

It is estimated that around six million were made, but most were never used and were buried.

Mr Osborne said the spot was a favourite area of his family to host bonfires, and recognised that they were potentially moments away from disaster.

‘The chap with the digger was just scraping away and the tops of the bottles were showing out of the dirt,’ he said. ‘They were white on top and there was a yellow liquid at the bottom.

‘They were loose so we just pulled them out and stacked them up on the side.. But then they started to smoke so we called the police. 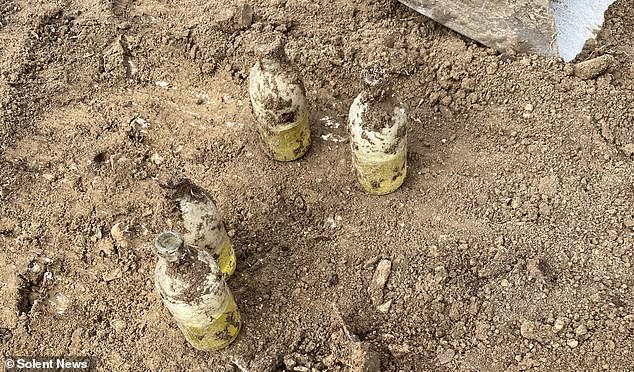 The explosives had the appearance of milk bottles, and were only recognised as bombs when they began to smoke 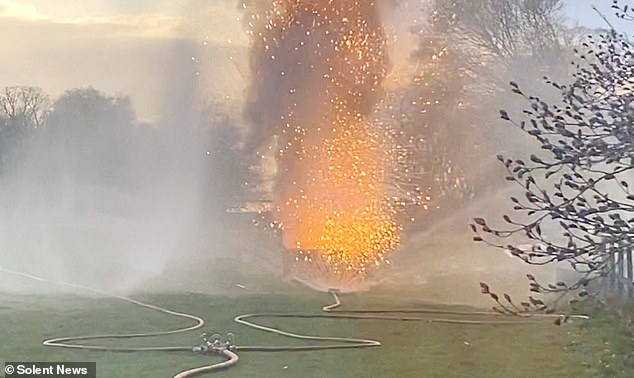 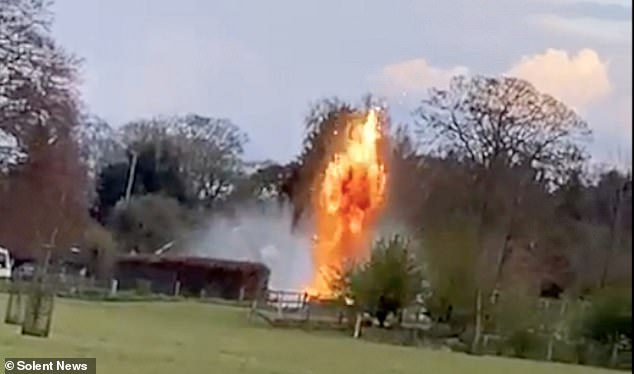 ‘The idea is, if you were to throw them against a wall they would ignite and blow up, and because it had phosphorus in it, water would be useless. You can imagine the Home Guard throwing these at Nazi tanks coming down the road, you know Dad’s Army protecting the village.’

‘The idea is, if you were to throw them against a wall they would ignite and blow up, and because it had phosphorus in it, water would be useless. You can imagine the Home Guard throwing these at Nazi tanks coming down the road, you know Dad’s Army protecting the village.’

The seven bedroom home used to belong to the rector and is thought to be one of the earliest buildings in the village.

‘It could have been one of the main meeting spots of the local Home Guard,’ Mr Osborne said. 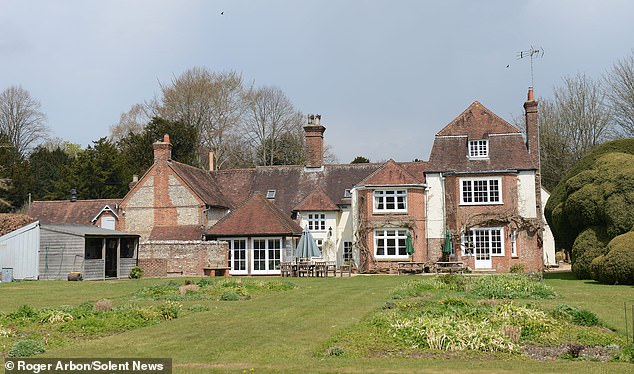 The explosives were discovered on the £2m acre estate, which is also an Airbnb 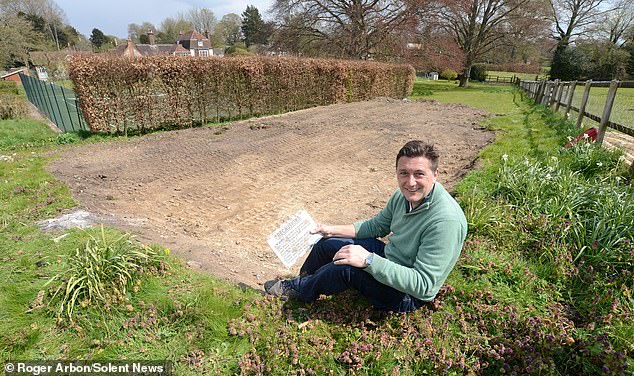 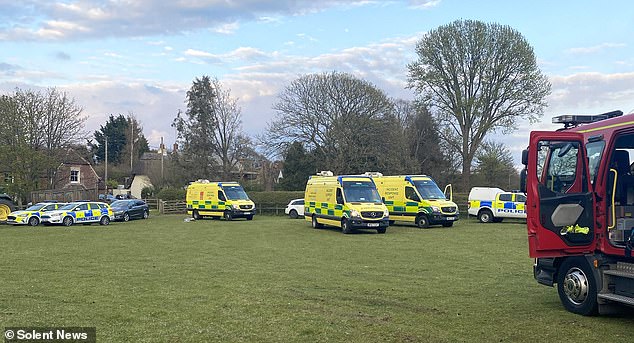 Winchester Police took to social media to make sure nearby residents wouldn’t be alarmed by the explosion, tweeting: ‘If you live or were travelling through the Bramdean area this evening around 7.40pm and heard a large explosion don’t be alarmed.

‘It was a military bomb disposal team safely carrying out a controlled explosion on some WW2 grenades dug up in a back garden earlier today.’

Professionals on site were said to be surprised that the detonation caused such an explosion, with a huge plume of smoke and fire being shot into the air.

‘We were waiting in anticipation to see how big the explosion was going to be,’ Mr Osborne added. ‘Even the bomb disposal guys were saying that they didn’t expect the blast to be that big.

‘I think one of them said there shouldn’t have been that many flames afterwards.