Deputy Prime Minister Barnaby Joyce is making the most of his Easter long weekend on a short getaway with his fiancee Vikki Campion and their two children.

Joyce, 54, and Ms Campion, 36, were on the Queensland coast on Friday where they visited a water park in Gladstone with their sons, Seb and Tom.

The National leader shared pictures in his trademark Akubra hat which sold later that afternoon at a charity auction for $6,100.

Not a bad markup considering he bought it for about $245 in Alice Springs three months ago.

Barnaby Joyce and Vikki Campion in Gladstone on Friday (pictured) 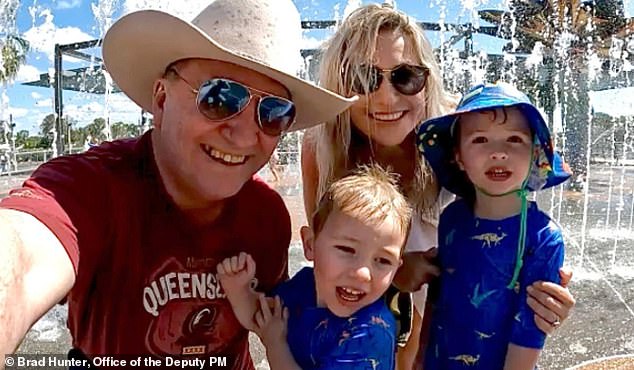 The proceeds from the auction will go to Youngcare, a charity which provides supported housing for disabled youth.

The hat blew the other auction items out of the water, with a limited edition Queensland jersey from the 2017 State of Origin going for the second highest price at $2,000.

After the auction Mr Joyce and his family attended a Good Friday church service.

On Saturday, Mr Joyce then went to the Paradise Lagoons horse show near Rockhampton. 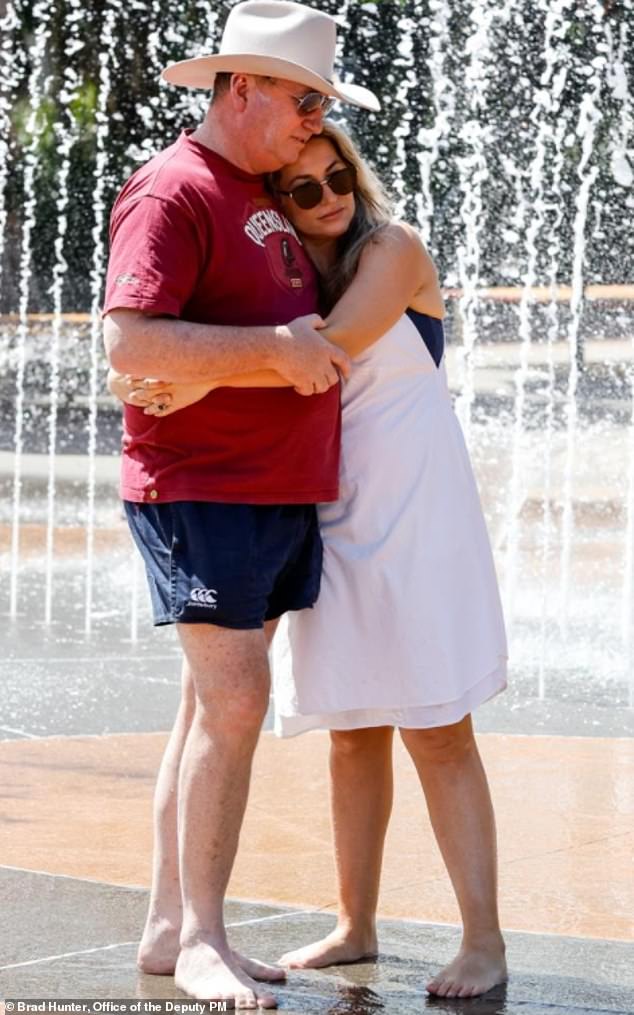 Mr Joyce is almost 20 years Ms Campion’s senior, who was one of his former staffer’s 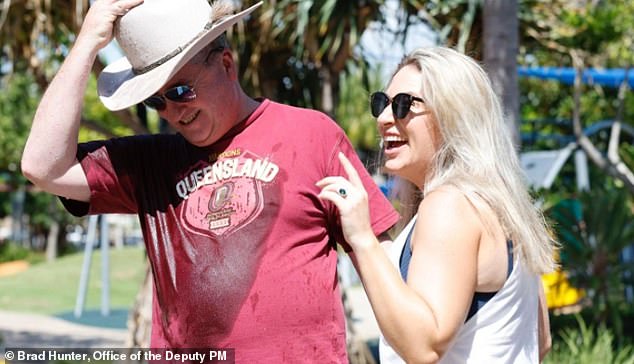 The pair were married in 2021 and reside in Armadale, NSW when not in Canberra

The Minister for Infrastructure, Transport and Regional Development also  announced funding for a new motorsports complex in Rockhampton.

He had travelled to Queensland from Newcastle where he was touting a $55million upgrade of the Newcastle Airport. 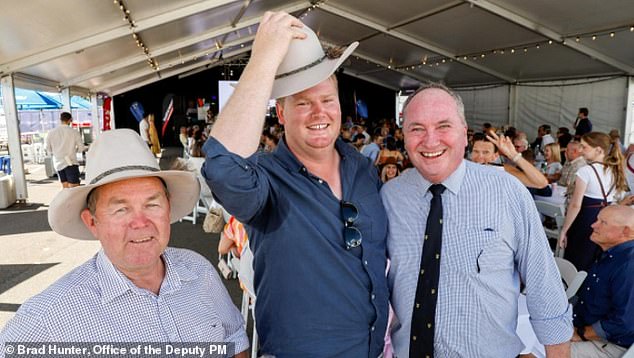 Mr Joyce offered his trademark Akubra hat for sale at a charity event in Rockhampton where it fetched $6,100 (pictured) 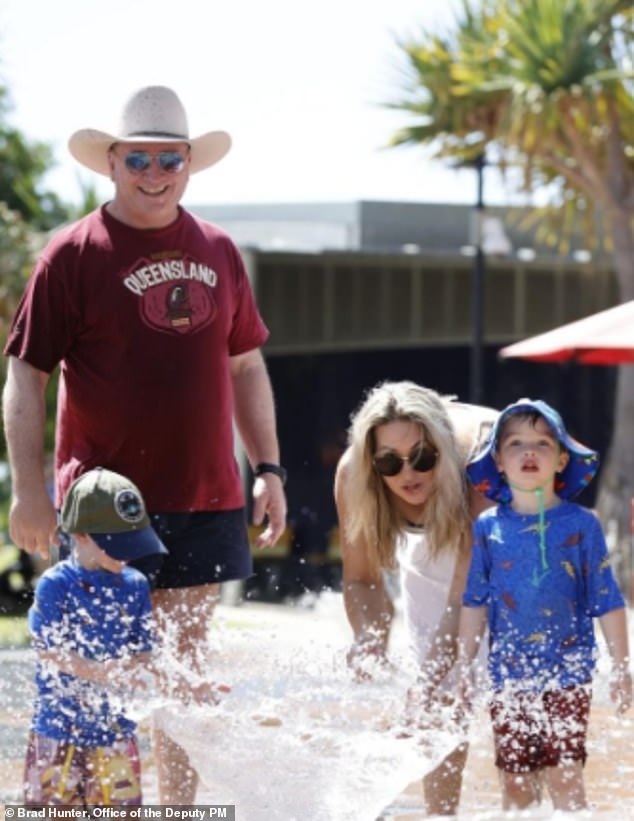 The Nationals are using their multi-billion dollar concessions for signing up to net zero emissions to springboard their election campaign in the regions.

Mr Joyce has been traversing rural NSW and Queensland, plus the NT, turning sod on coal mines and launching major regional infrastructure projects.

Mr Joyce’s re-election proclamation has been to ‘make Australia as strong as possible as quickly as possible’ amid global uncertainty by boosting exports in sectors like mining and minerals.