By Emma Dunkley For Thisismoney.Co.Uk

Barclays is bidding for mortgage business Kensington in a deal that would value it at £1billion, we can reveal.

The British bank is understood to be competing against digital bank Starling for the lender, which is backed by investment giants Blackstone and Sixth Street.

Fund groups M&G and Pimco are vying to pick off Kensington’s mortgage portfolios.

Bidding war? Barclays is understood to be competing against digital bank Starling  in a race to buy mortgage business Kensington

Kensington was put up for sale late last year in an auction process led by investment bankers at Morgan Stanley.

A source said Natwest has also looked at the deal, although it is no longer in the bidding process.

Kensington, led by chief executive Mark Arnold, focuses on offering home loans to the over-55s and the self-employed.

It is not clear if Barclays is aiming to acquire the entire company or pick off parts of the business, which includes a mortgage servicing platform and portfolios of home loans.

The move comes under new Barclays boss CS Venkatakrishnan, who is known as Venkat and was promoted suddenly to chief executive in November following the shock resignation of Jes Staley amid a row over his relationship with sex offender Jeffrey Epstein.

Asset managers are also eyeing the mortgage portfolios in the hunt for income-generating assets, a source said. 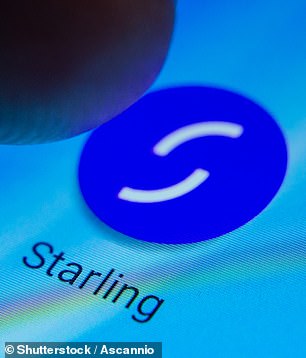 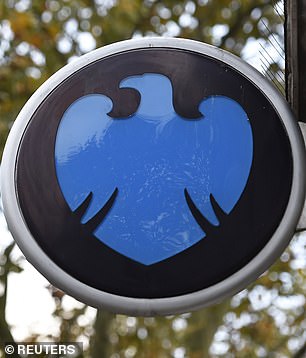 Barclays is understood to be competing with digital rival Starling for Kensington’s lending platform, while fund groups M&G and Pimco are vying to pick off its mortgage portfolios

Kensington launched in 1995 with the aim of lending to customers such as the self-employed who find it tough to borrow from the high street banks.

The lender was owned by the bank Investec until 2014, when it offloaded the company to private equity companies Blackstone and TPG, which has since spun out Sixth Street.

It also launched one of the first 40-year fixed rate mortgages, allowing borrowers to stay on the same interest rate for the entire term of the mortgage.

Kensington teamed up with insurance giant Rothesay to fund the deals, which offer fixed rates below 3 per cent.

Arnold said at the time: ‘Over the last 12 years we have become accustomed to ultra-low interest rates. Many homeowners have never known anything else.

‘But nothing lasts forever, and it looks very likely that we will see a succession of interest rate hikes and we may begin to slowly approach again an historical average.’

The deals were launched just before the Bank of England raised interest rates from a record-low 0.1 per cent to 0.25 per cent.

Analysts are expecting the central bank to increase rates again next week to 0.5 per cent to stem surging inflation, which has hit a 30-year high of 5.4 per cent.

Inflation is on course to hit 7 per cent this spring as energy bills soar while economists believe the Bank could raise interest rates to 1.25 per cent by the end of the year.