Spanish wonderkid Pedri has signed a new contract at Barcelona until 2026 with a whopping £509million release clause to his name, the club has confirmed.

The 18-year-old midfielder, who has already amassed over 50 appearances for the Catalans since making his first-team debut last season, was linked with a move away from the club as his current contract expires at the end of this season.

Cash-strapped Barcelona have suffered a difficult few months both on and off the pitch with the departure of Lionel Messi to PSG on a free transfer, while other stars such as Antoine Griezmann have been let go to cover their debt costs.

Barcelona star Pedri has agreed a new five-year deal at the club, it has been announced 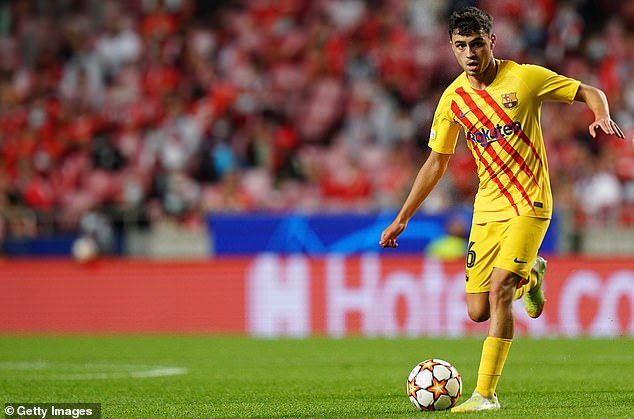 But the LaLiga side announced on Thursday that Pedri has committed his future to the Nou Camp side, signing a new long-term deal.

The new deal will not only give the Spanish midfielder a wage rise but Marca reports that it includes a huge release clause of £846million, designed to scare off European giants such as Manchester City and Paris Saint-Germain – two of the richest clubs in the world.

The teenager signed Barcelona from Las Palmas for just £4.2m in September 2019 and remained at the second division side for the 2019-20 season.

Pedri justified Barcelona’s fee for him despite the fact he had never kicked a ball in professional football before he signed terms with the club, scoring four times in 37 games for the Canary Islands club. 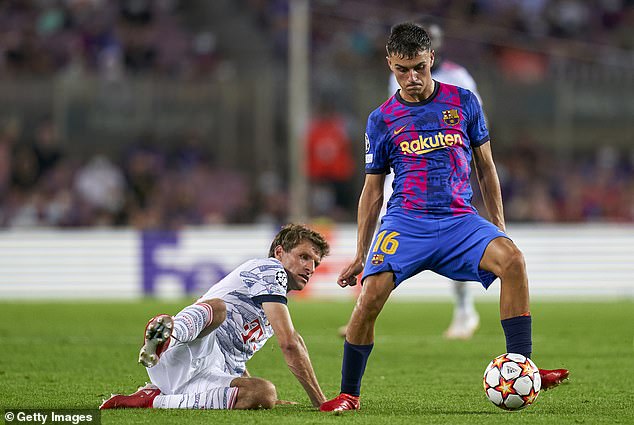 The midfielder was then ever-present for the Catalans in his debut Camp Nou campaign, making 52 appearances in all competitions for the Copa del Rey champions last term.

In a busy summer for the 18-year-old, Pedri also played in Spain’s Olympic Games squad in Tokyo, but has played just four times for Barcelona this season due to a muscle injury. 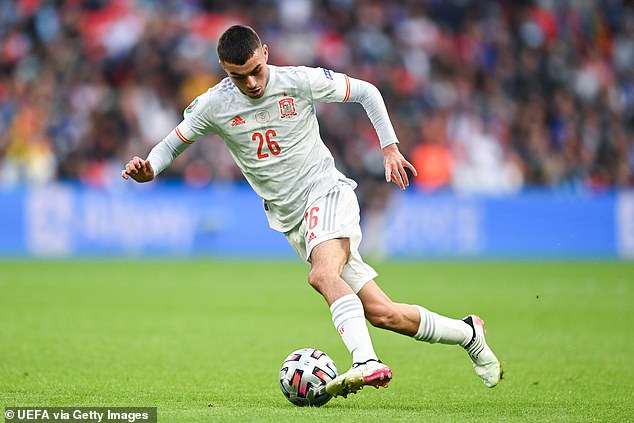 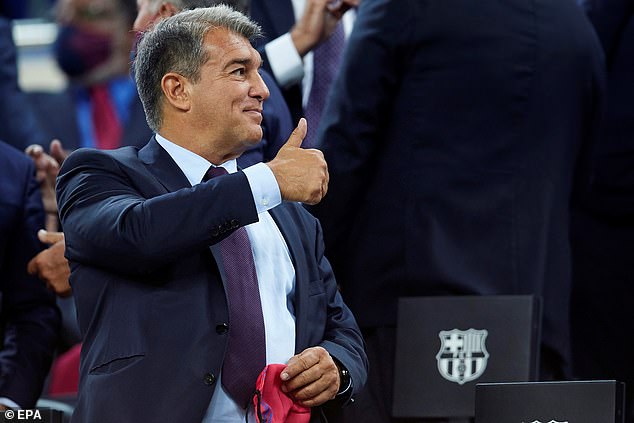 Barcelona are set to tie Pedri down to a new contract despite the financial crisis that has hung over the club during this calendar year.

The Catalans are also reportedly looking to tie down new No 10 Ansu Fati to a long-term contract, while they are also blooding through more midfield teenage talent in wonderkid Gavi, who impressed for Spain in the Nations League finals this month.