Barcelona ‘could ask their four captains to take a 50% WAGE CUT to help ease their financial turmoil’, with the club set to take another drastic step as they struggle to register their new summer signings

Barcelona are considering asking their captains to take a 50 per cent salary reduction to help ease their financial turmoil, according to reports, with the club once again set to take drastic steps to ease the pressure on their coffers.

The club are still reeling from years of financial mismanagement under their former president Josep Bartomeu and the effects of the Covid-19 pandemic, and have already been forced to implement swinging cuts across their playing squad.

Deportes Cuatro have claimed the request to the leadership group will be made in the coming weeks, and has the potential to cause an ‘earthquake’ at the Nou Camp. 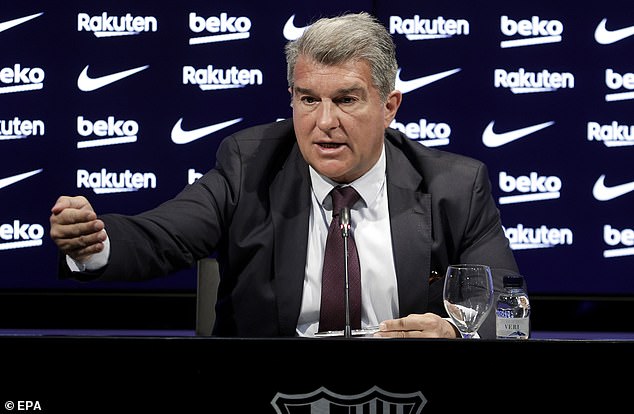 Currently, Sergio Busquets is the club captain, while Gerard Pique, Sergi Roberto and Jordi Alba are vice-captains and have worn the armband on occasions.

The same publication have also added that there is the possibility that the captains will divide their pay packets over several years.

Bizarrely, that may see players like Pique and Busquets, who are set to leave in the near future, continue to receive the money they are owed even after they have gone. 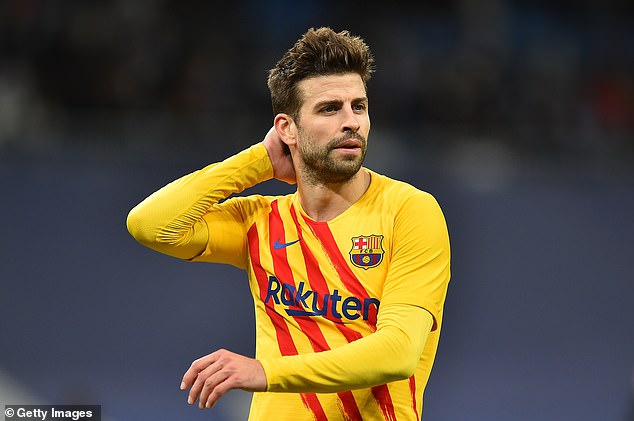 Previously, veteran centre back Pique agreed to lower his pay to help the stricken club, while his fellow skippers also accepted reduced terms.

LaLiga chief Javier Tebas and Barcelona president Joan Laporta have been embroiled in a war of words in recent days over the perilous off-field chaos, meanwhile.

Tebas commented on the high-profile pursuit of Robert Lewandowski, and declared that, as it stands, the deal will not be able to be completed.

‘They (Barcelona) know what they have to do,’ he told Marca. 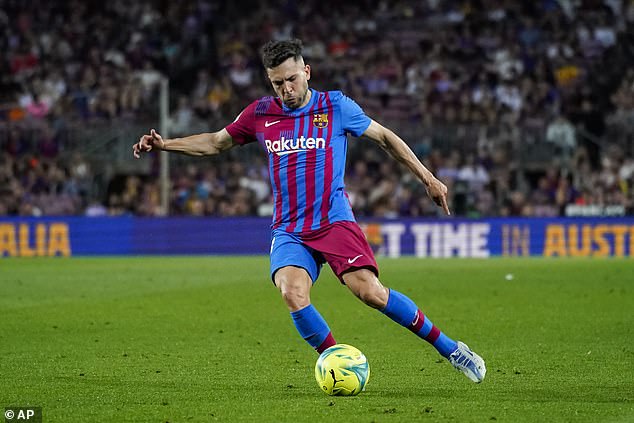 Jordi Alba has worn the armband on occasions, and may be expected to make the sacrifice 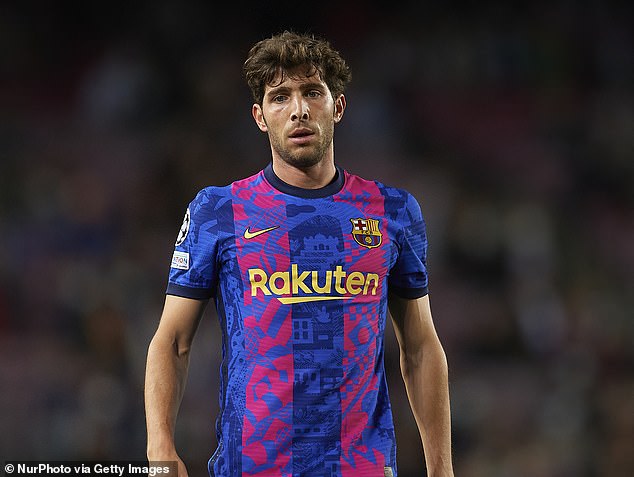 Sergi Roberto is the fourth member of the leadership group, and is crucial to the club’s future

‘They know perfectly well our economic control rules and their financial situation. The rules are there to avoid major economic problems.

‘I don’t know if they will sell [Frenkie] De Jong, Pedri or Pepito Perez.

‘Just as Madrid have stocked up, Barcelona have emptied it. Today they cannot sign him (Lewandowski).’ 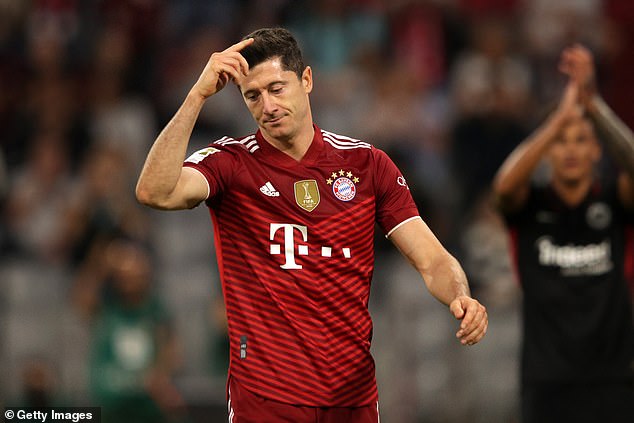 Robert Lewandowski is a Barcelona target, but they cannot sign him due to the off-field chaos

Barcelona will struggle to register their new signings in the summer transfer window, and the sporting management at the Catalan giants may implement their emergency measure, the new round of pay cuts, to help to alleviate the situation.

So far, they have sealed a deal for Franck Kessie, a free agent after he left AC Milan, while Andreas Christensen is also expected to arrive after his Chelsea terms expire.

Lewandowski is a prime target for boss Xavi, meanwhile, and the club are looking to offload a number of players to ensure they do not breach the league’s restrictions.