Sergi Roberto will reportedly sign a new contract with Barcelona despite being jeered off the pitch during their 3-0 Champions League defeat to Bayern Munich.

The homegrown utility player will be a free agent in the summer unless he signs a new contract with the club he joined 15 years ago.

Roberto was said to be left in ‘floods of tears’ after he was targeted with jeers and boos from large sections of the 40,000 Barcelona supporters and was whistled off when he was substituted in the second half. 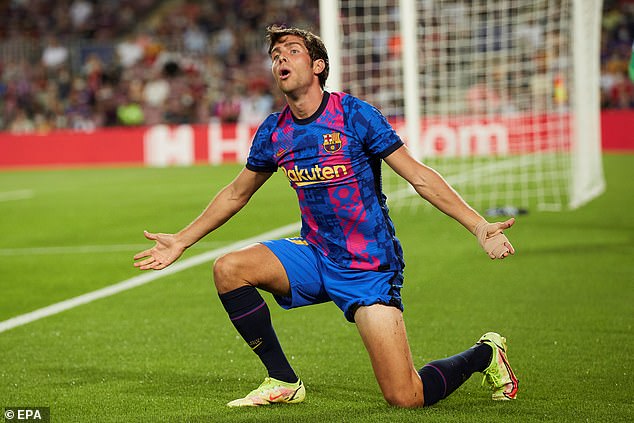 Marca are now reporting that the 29-year-old will sign a new contract with the club this week, with an agreement with club president Joan Laporta ‘already in place’.

His agent Jose Maria Orobitg has been in constant discussions with the club since Laporta was re-elected as president earlier this year.

An agreement is said to have been held up by the required salary reduction that has been the key factor in all of Barcelona’s recent contract renewals due to the club’s financial difficulties. 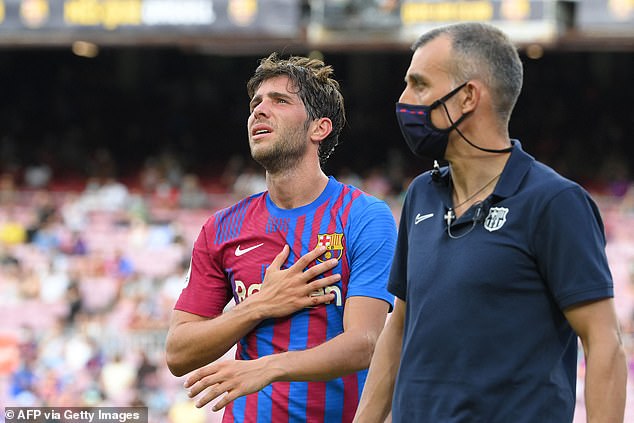 Roberto is expected to sign a two-year contract after early discussions suggestions suggested he would only have a one-year extension.

Barcelona are also hoping to tie down the futures of Ansu Fati, Ousmane Dembele, Pedri and Ronald Araujo.

Senior players Sergio Busquets and Gerard Pique were among those said to have comforted Roberto in the dressing room after Tuesday’s defeat.

Barcelona’s fans were clearly outraged by what was unfolding in front of them as Bayern – who hammed them 8-2 the previous time they met – ran riot once again, but Roberto was noticeably being singled out, with boos ringing out every time he touched the ball. 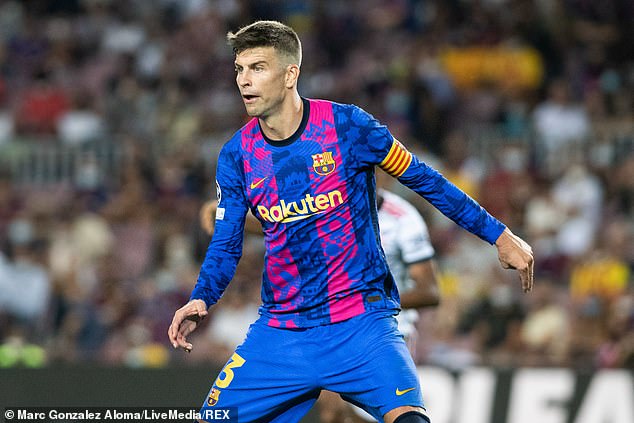 The hostility towards Roberto, who has been a long-standing servant at the club and graduated from their fabled La Masia academy, may have had something to do with his contract situation.

Roberto endured a tough evening, having been run ragged by Bayern’s wide men Alphonso Davies and Leroy Sane, but Barca vice-captain Pique leaped to his defence after the match.

‘The whistles towards Sergi Roberto are hurtful,’ he said. ‘I would like to remind people that he is a midfielder, not a winger. He has made a sacrifice to adapt to that position on the pitch.

‘People are free to express themselves but I do not like the whistles, they do not help.’