There’s more unsettlement at Barcelona after president Joan Laporta criticised players for not taking a salary cut, according to a report.

The Catalan side have been hit by major financial struggles off the field and had to rush to register their summer signings as they struggled with Financial Fair Play limitations.

Laporta used a Members’ Assembly to ask the likes of Frenkie De Jong and other senior players to reduce their salaries, and, according to Helena Condis via Cope, several of the club’s stars, including Sergio Busquets and Gerard Pique, are said to have taken exception to the 60-year-old’s comments. 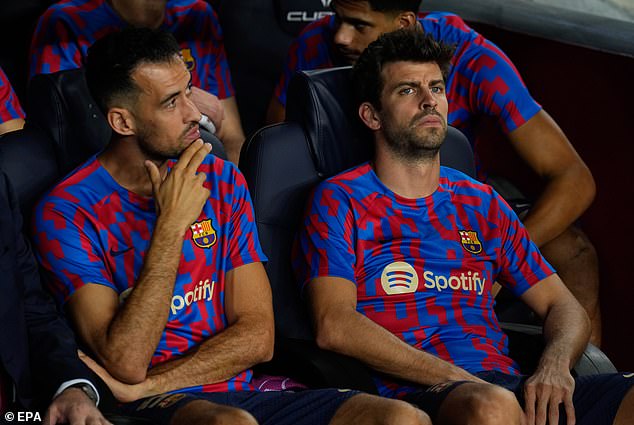 Players such as Gerard Pique and Jordi Alba have publicly taken salary reductions to help the club, with board members having to cut their pay so the club could register summer signing Jules Kounde in LaLiga.

It is reported that players were angered by the approach ahead of a vital week in the club’s season with a game versus Inter Milan in the Champions League coming before El Clasico against Real Madrid in a top-of-the-table clash at the weekend.

Laporta said: ‘We have tried it with several players and not only has it not come out but we have had to guarantee the £8.8million that [we] were missing.

‘If there had been reductions of some players, that guarantee should not have been made, we accepted it with sportsmanship.’ 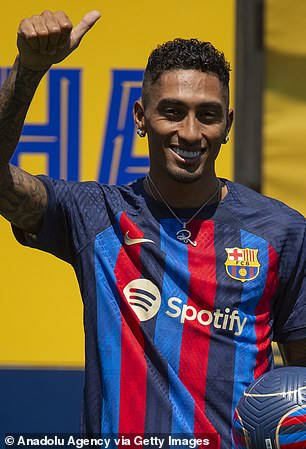 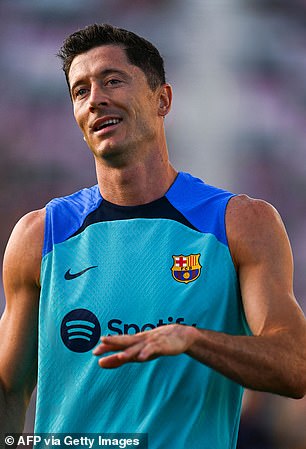 They raced to register the players in time for the start of the new season, and succeeded with all but Kounde, who is now registered too.

Laporta also sold off 10 per cent of future TV rights money to American investment firm Sixth Street Partners in a deal worth £176million.

Bayern Munich manager Julian Nagelsmann said in the summer: ‘It’s the only club in the world with no money but that buys all the players they want’, as criticism of the club flowed in the off-season. 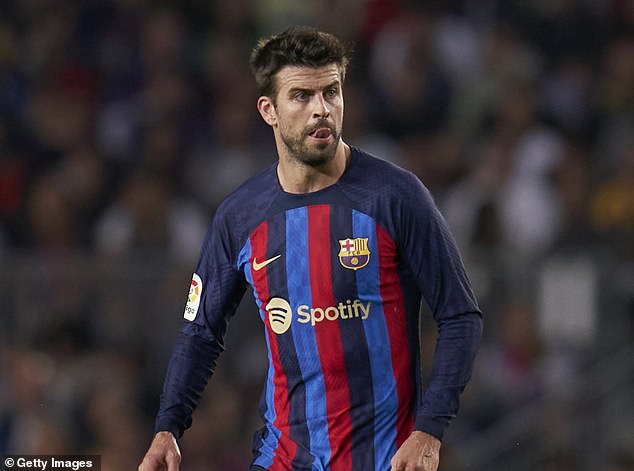 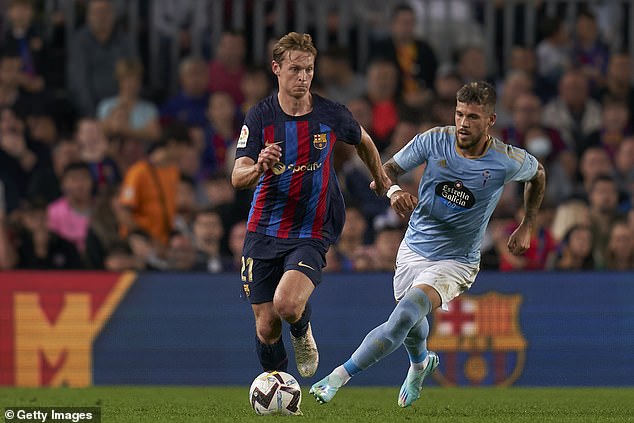 The five-time Champions League winners have also reportedly been trying to force several players out of the club in order to save money, such as de Jong and club legend Gerard Pique.

They lost Lionel Messi last summer because of issues surrounding his wages, though reports suggest they are interested in taking him back to the club.

Barcelona are currently top of LaLiga, leading rivals Real Madrid on goal difference with seven wins from their eight games so far.