A longstanding campaigner for shared bank branches says the industry has little interest in ensuring that people have nationwide access to cash – and fears the country is facing further ‘mass’ branch closures.

Derek French, founder of the Campaign for Community Banking Services and a former retail bank executive, believes the biggest banks are keen to shrink their high street networks even further despite 55 branches being closed on average every month for the past five years.

Although there have been queues outside many bank branches in recent months, French says the pandemic has played into the banks’ hands as the demand for online banking has increased.

In recent days, TSB has said it is shutting 164 of its outlets – a third of its network – due to a decline in customers using branches.

French says shared or community bank branches are the obvious way forward, but he believes banks are failing to support the idea.

Three such community banking hubs are to be trialled under a project being overseen by ‘Cash Tsar’ Natalie Ceeney who has consistently warned that access to cash is imperilled.

But French says industry backing is wafer thin with much of the hard work being done by ‘community enthusiasts’.

On Friday he told The Mail on Sunday: ‘To do only three pilots – leaving all the work to be done by the communities themselves – is a travesty, a feeble effort. Against the backdrop of an ongoing pandemic, I would not be surprised if they are doomed to fail.’

He points out that the banks’ reluctance to support the idea is evidenced by the fact that the pilots are likely to lean heavily on the Post Office with the hubs labelled accordingly. 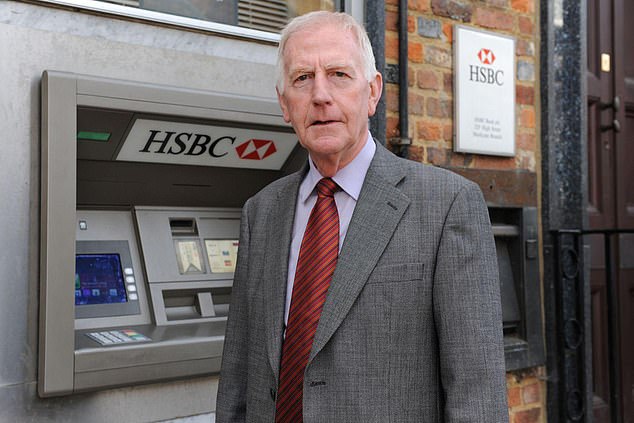 French says this could cause confusion among the public.

‘They will not be a Post Office, which means that if you have a parcel to post you will have to go elsewhere,’ he says. ‘They will also not be a bank.

‘If the industry really wanted to test consumer appetite for shared branches, they would now be in a position to offer communities all the technology required to run one.’