Bank of England pumps another £150bn into economy and keeps interest rates at record 0.1% low – as Rishi Sunak is ‘set to extend furlough beyond December’ amid fears national lockdown will destroy millions of jobs

The Bank of England pumped another £150billion into the economy as lockdown began today – amid fears that it will send GDP plummeting and destroy millions of jobs.

The Bank has increased its mammoth bond-buying programme to £875billion, warning that UK plc’s recovery was already ‘softening’ before the squeeze was announced on Saturday.

Interest rates are being kept on hold at the record low of 0.1 per cent.

GDP is now predicted to be 11 per cent lower this year in real terms, compared to the 5.4 fall estimated in August. The Bank’s central expectation is that the economy will not regain its level from last year until the start of 2022.

The Monetary Policy Committee said it now expects unemployment to peak at around 7.75 per cent in the second quarter of next year.

But the bounceback is also projected to be bigger, with UK plc growing by 11 per cent next year rather than 6.2 per cent – although much of that improvement is because activity is increasing from a lower level.

The decision comes as Rishi Sunak prepares to set out the Government’s business support package for the second national lockdown, admitting it will have ‘significant additional impacts’ on the economy.

Mr Sunak is expected to announce that the 80 per cent furlough scheme will continue beyond December 2 in any area of the UK that faces Tier 3 restrictions.

GDP is now predicted to be 11 per cent lower this year, compared to the 5.4 fall estimated in August 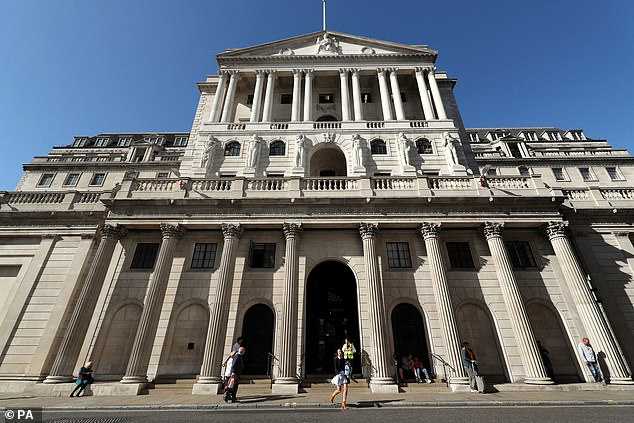 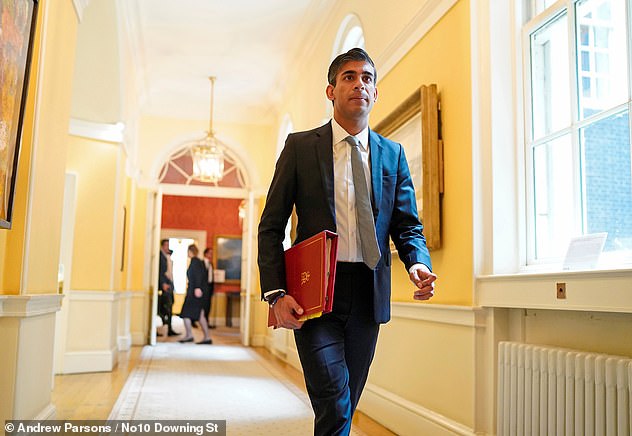 ‘Since the Committee’s previous meeting, there has been a rapid rise in rates of Covid infection,’ the latest MPC minutes said.

‘The UK Government and devolved administrations have responded by increasing the severity of Covid restrictions.’

It went on: ‘There are signs that consumer spending has softened across a range of high-frequency indicators, while investment intentions have remained weak.

The Bank said its decisions ‘assume that developments related to Covid will weigh on near-term spending to a greater extent than projected in the August Report, leading to a decline in GDP in 2020 Q4’.

The decision and quarterly set of forecasts come as experts warned that the latest restrictions will send gross domestic product (GDP) tumbling this month.

With a fall in GDP on the horizon for the final quarter of 2020, the economy could be led into a possible double-dip recession by early next year.

The Bank forecast in its last Monetary Policy Report in August that the economy would shrink by 9.5 per cent this year, following government action aimed at protecting the economy.

It comes as Mr Sunak is facing calls to publish Treasury forecasts on the potential impact of the new lockdown on the economy. 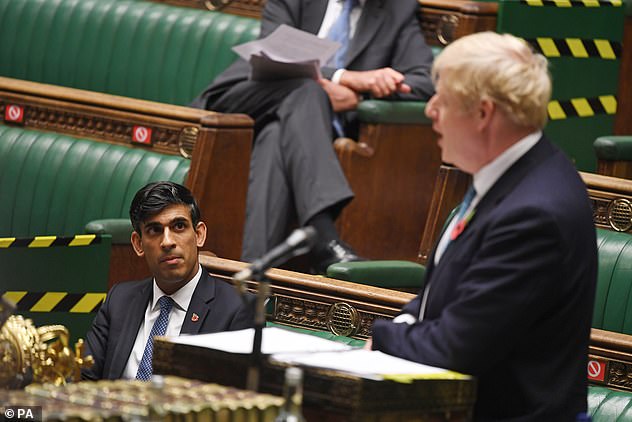 In a letter responding to a request from the Treasury Select Committee for an impact assessment, Mr Sunak said while there will be a hit from the latest restrictions, it is likely to be different to that seen after the spring lockdown.

But he signalled the new lockdown will heap more misery on Britain’s jobs market and battered company balance sheets.

He said: ‘The further restrictions announced by the Government will have significant additional impacts on the economy and society.

‘However, the Government’s policy is not the same as the previous national restrictions and nor is the environment in which these restrictions are coming into force.’