The Bandidos Outlaw Motorcycle Gang have shown up in force for their annual meeting seven days before the state election in Victoria.

Motorcycle club members rode their bikes into Ballarat and gathered outside Lazy Moe’s restaurant before heading to nearby Wallace for their AGM on Saturday.

Hundreds of affiliates were spotted wearing their club patches and colours with some sporting red hats and jackets while others gave the finger to media that had gathered nearby.

A cavalcade of motorbikes were seen passing through the town with police following closely behind as they kept a close eye on the bikies. 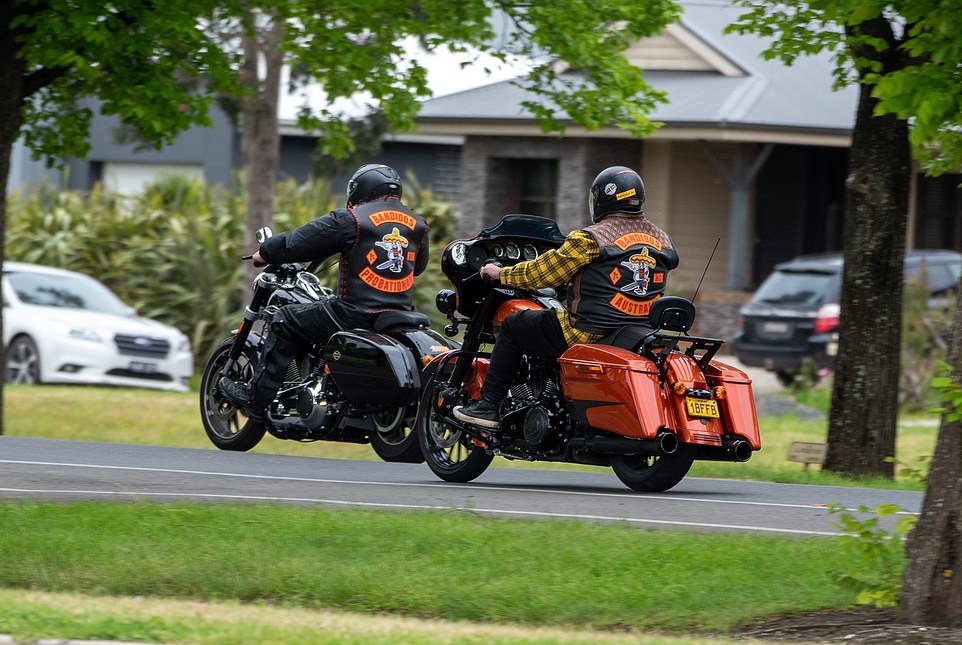 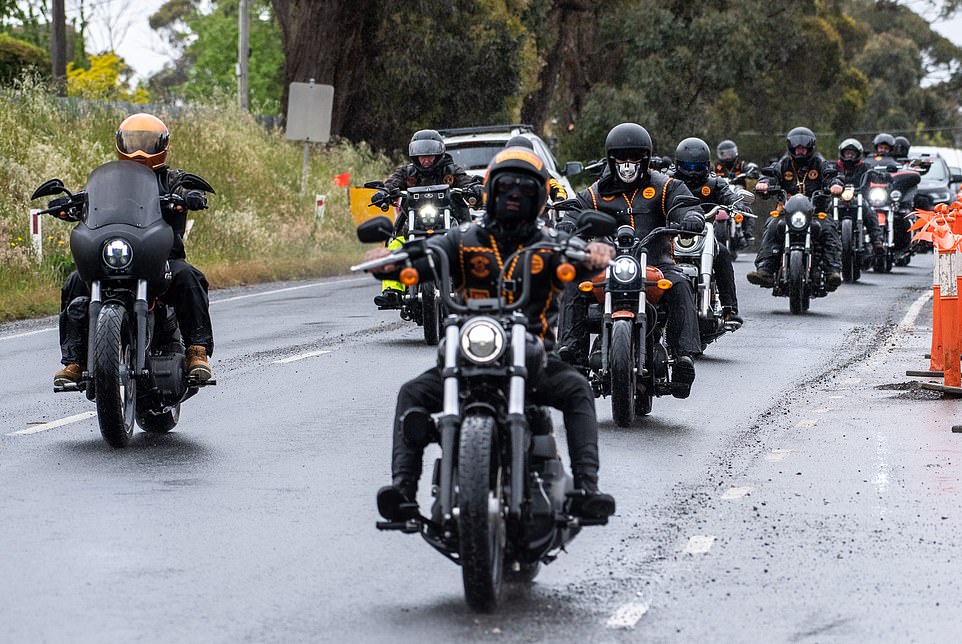 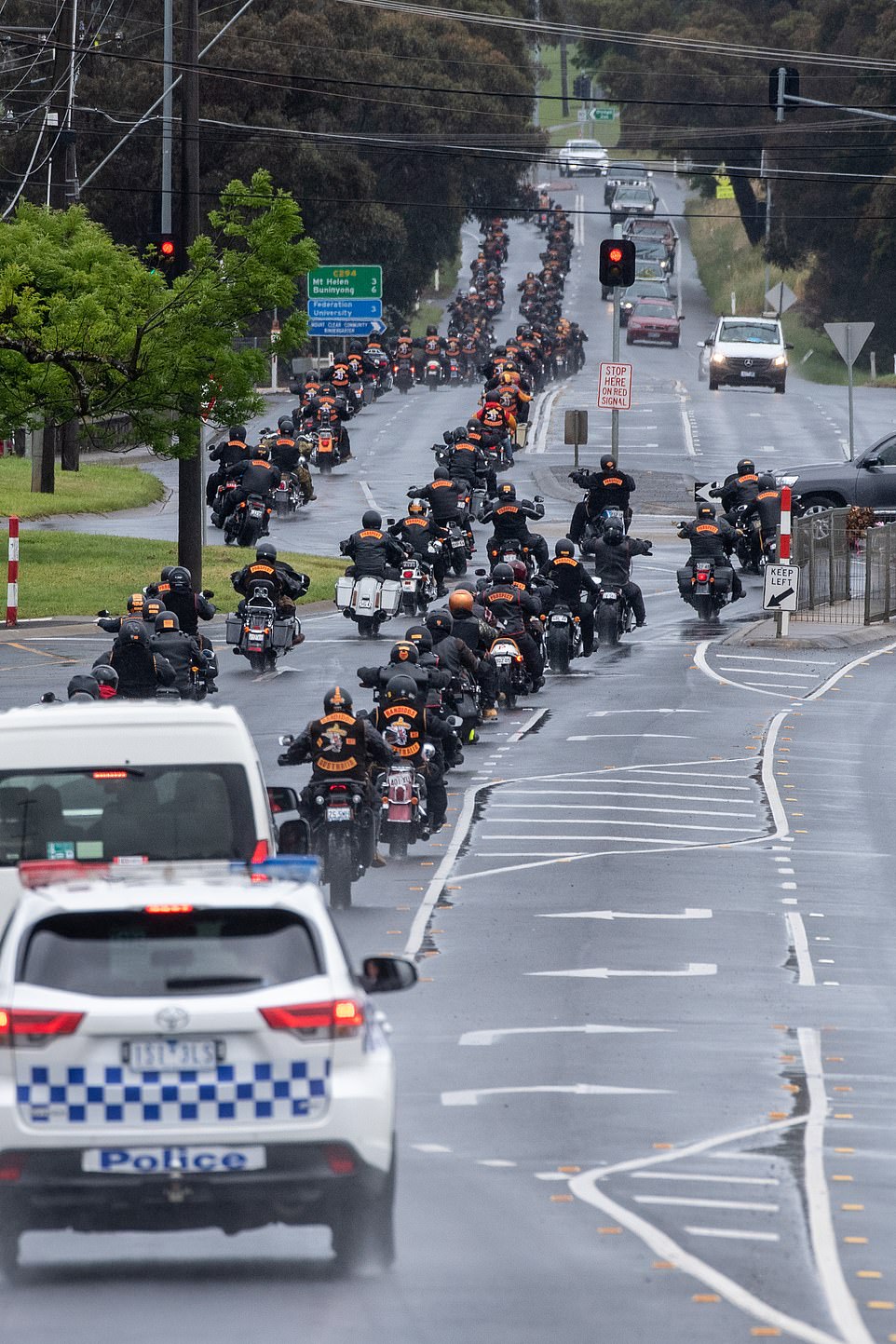 The AGM will last until the end of the weekend and comes a week before residents hit the polls in the state election on November 26.

The timing of the meeting can be interpreted as a show of force and message to the current or new government that could be elected into power next weekend.

Victoria is one of the few states in the country where bikies can openly show their colours and associate in public without risking jail time.

Western Australia has some of the toughest laws where it is illegal for a member to even show tattoos of their motorcycle club when they’re out in public.

Queensland will send a bikie to jail for wearing gang colours, with the same prison sentence given to third time offenders.

Victorian Police have been working to limit the powers of bikies by issuing a firearm prohibition order (FPO) to almost every member. 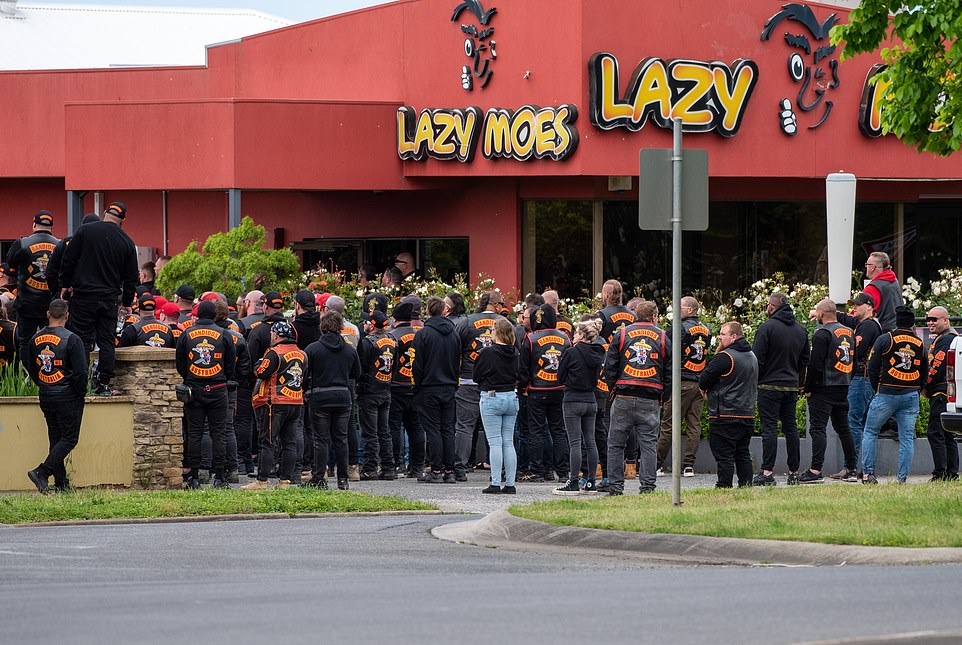 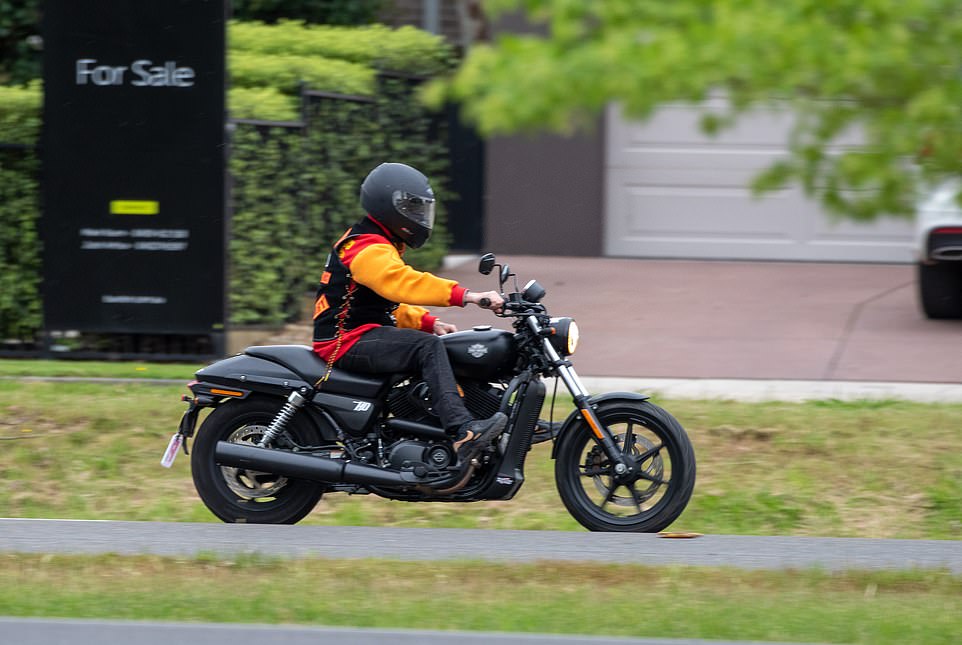 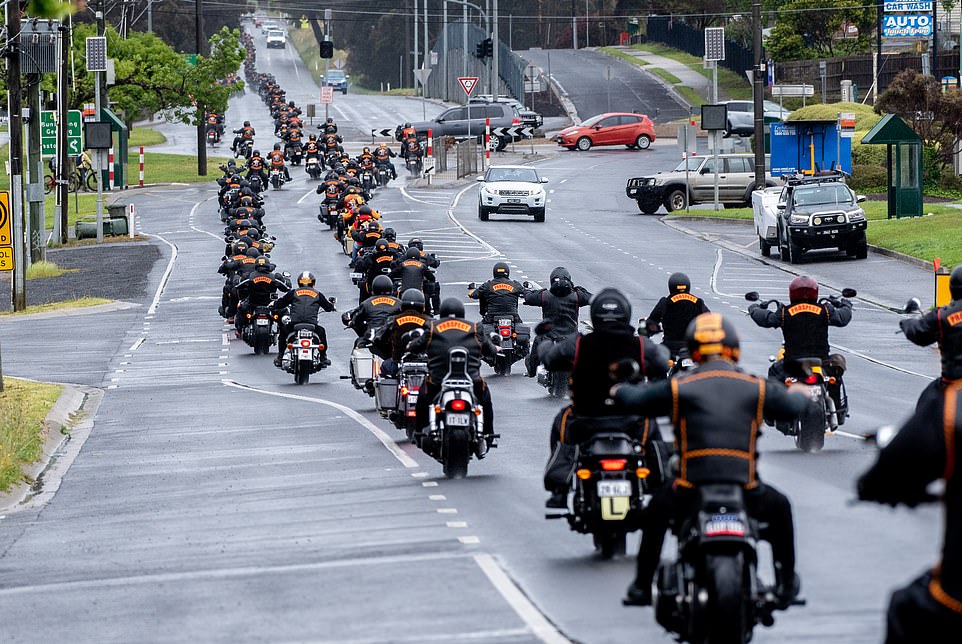 Hundreds of Bandidos bikies driving down a main road at Ballarat, Victoria, causing traffic for locals on Saturday

An FPO restricts a person from possessing or using a firearm or ammunition and give police the power to conduct searches without a warrant.

A member who breaches the order risks five years imprisonment.

‘Overall, it’s about making Victoria a hostile environment for [some organised groups] to operate in and a key component of this is holding offenders to account,’ he said. 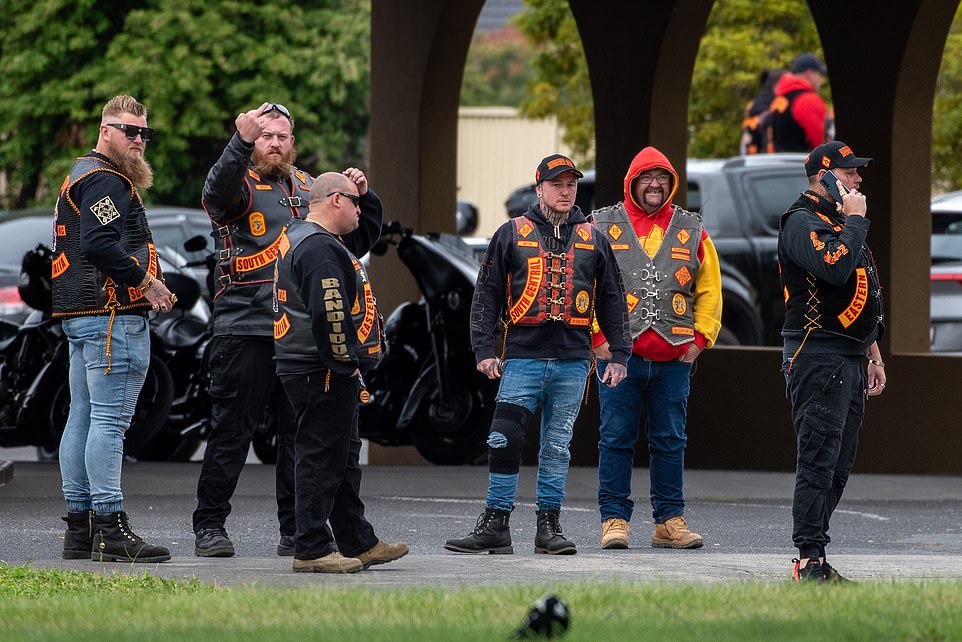 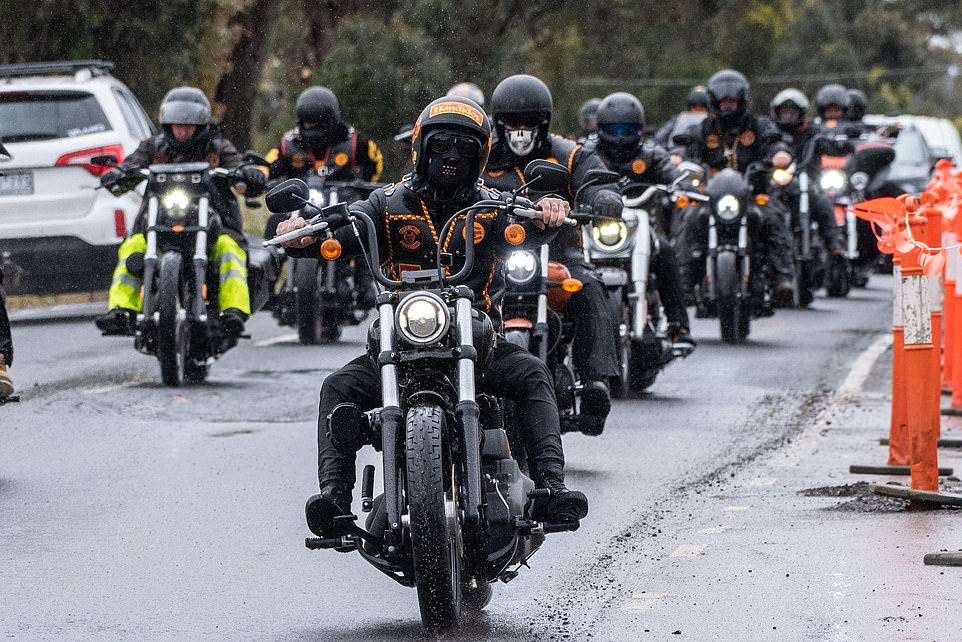 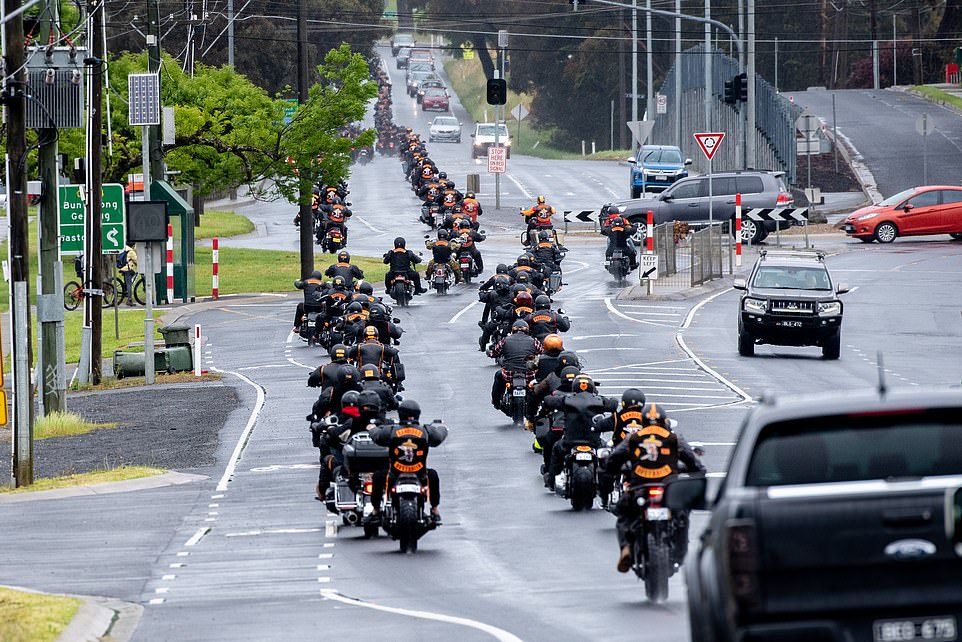 Former Victoria Police chief commissioner Kel Glare had slammed the state for not doing more to clamp down on bikies.

‘Victorian anti-association laws need to be strengthened,’ he said.

‘There has been a reluctance to take strong action from the state government.

‘We talk about civil liberties, but there has to be a balance between the safety of citizens and the rights of individuals.’

Local Ballarat police, alongside Victoria Police’s Echo and VIPER Taskforces, have been keeping a close eye on the Bandidos as they gather for their AGM. 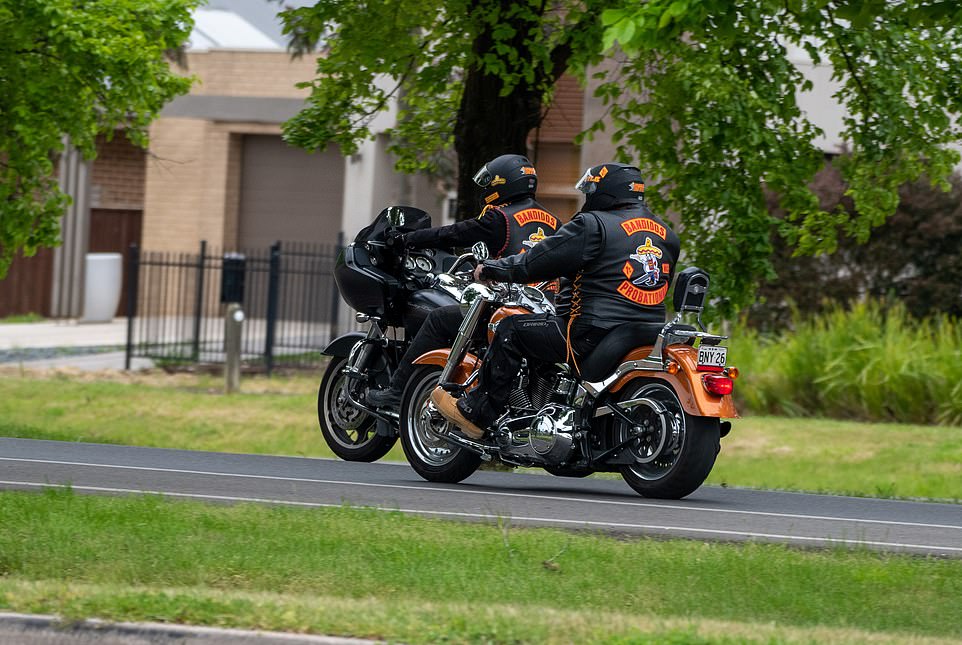 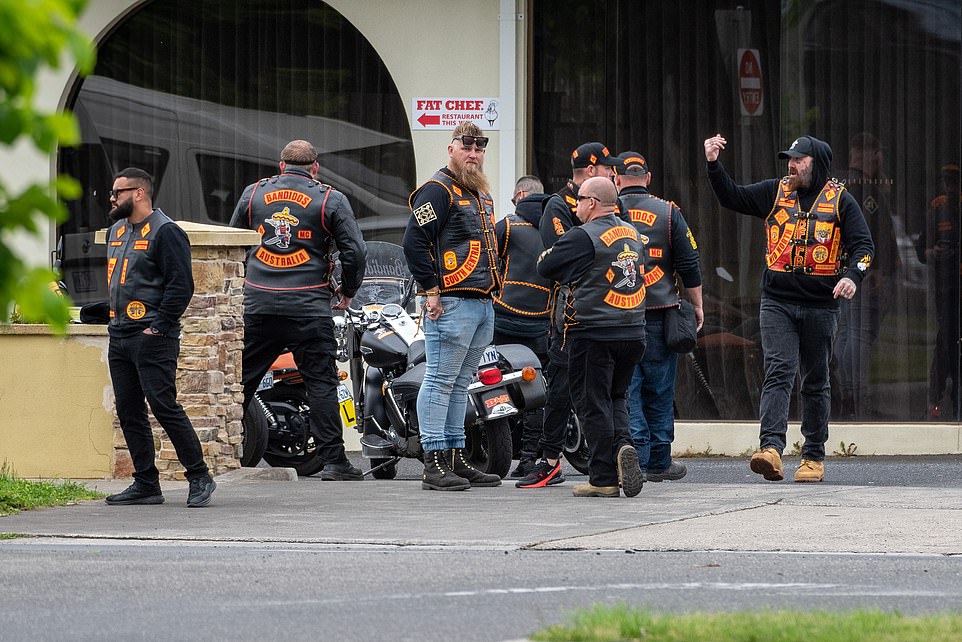 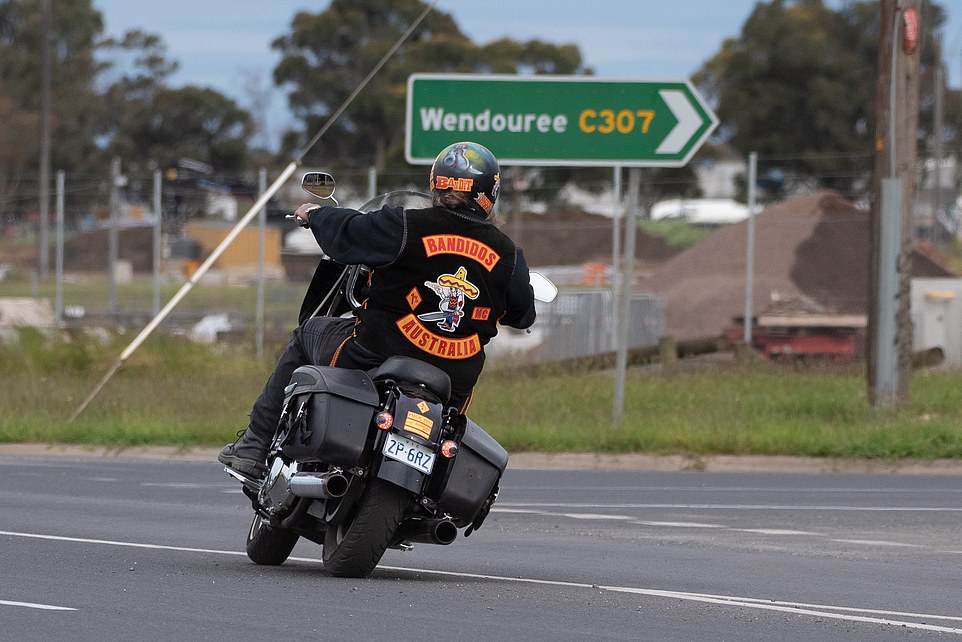 The Bandidos MC Australia, a motorcycle gang that splintered from the Comancheros in 1983, has more than 50 chapters across Australia.

Victoria Police western region Inspector Bob Heaney said there would be a heavy police contingent monitoring Bandidos’ activities, which included a planned run from Ballarat to Wallace on Saturday.

‘I’d just like to reassure the local community here in Ballarat not to be intimidated by the presence of Bandido bike riders in town this weekend,’ Insp Heaney said.

The extra police presence would continue until the AGM’s conclusion on Sunday. 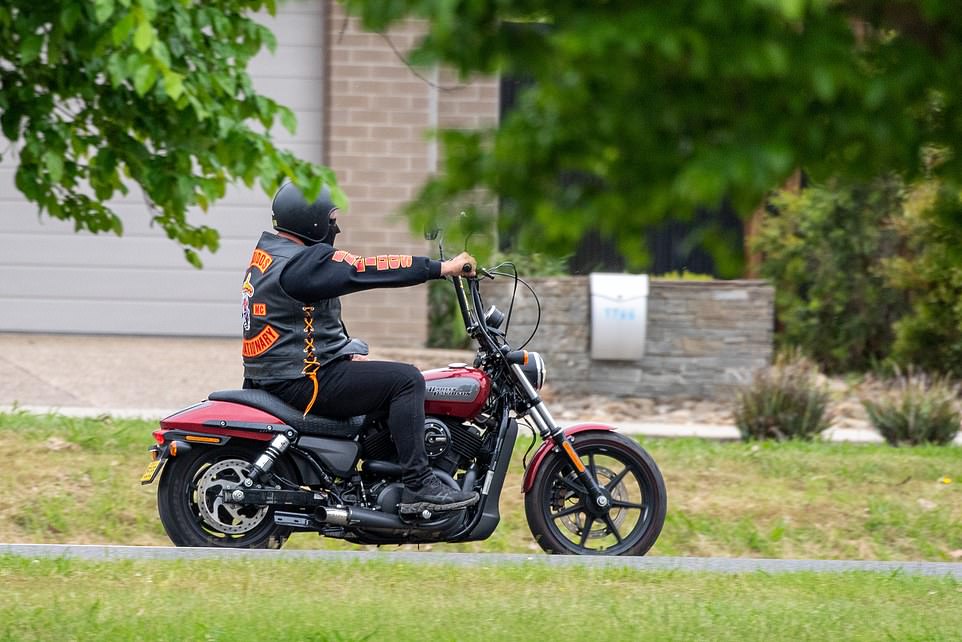 A Bandidos member wearing a face mask and helmet as he rides his motorcycle through suburbia in Ballarat, Victoria 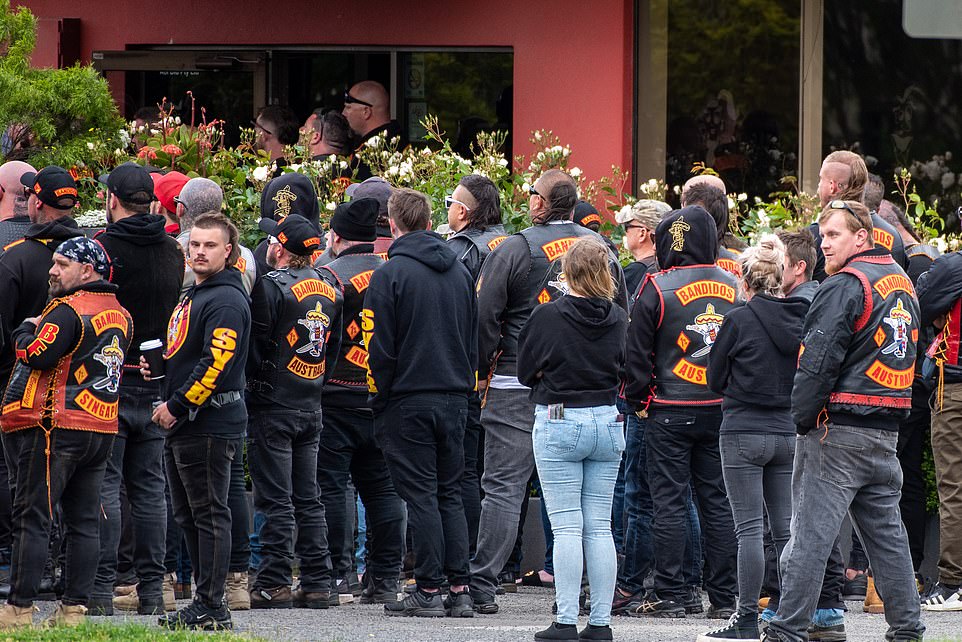 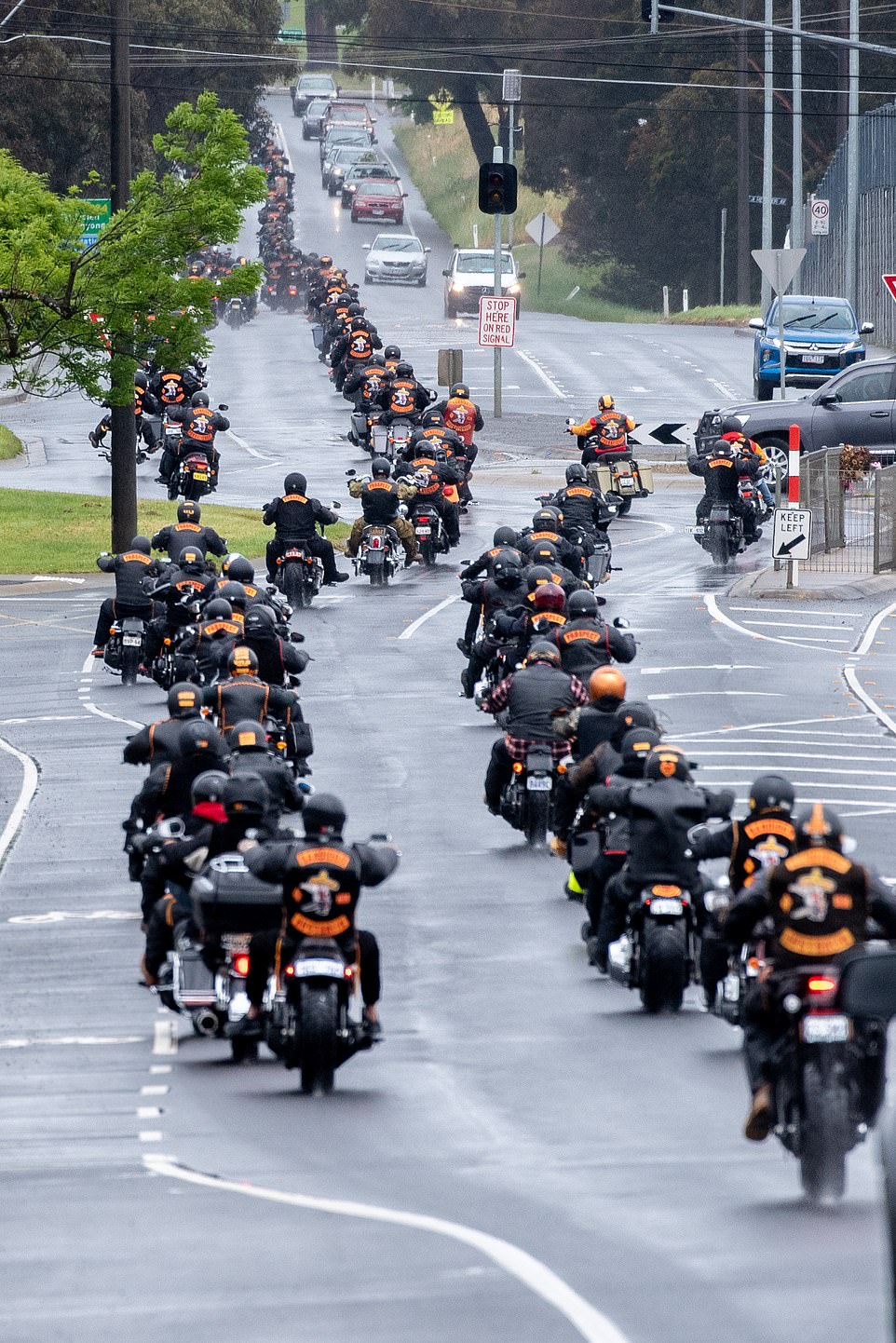 The cavalcade of Bandidos motorcycles caused traffic at Ballarat, Victoria, on an a normally quiet Saturday morning

How each state deals with bikies

– Residents risk three years in jail if they are caught ‘habitually consorting’ with convicted offenders.

– Police can issue crime prevention orders that restrict the day-to-day movements of bikies. Members risk five years in jail for breaching the order.

– Bikies can be jailed for 12 months for wearing club colours.

– Members can be jailed for three years for ‘habitually consorting’.

– Bikies can be jailed for five years if they are caught trying to recruit new members.

– Venue owners and managers can be jailed for two years for hosting bikie gatherings.

– Residents risk five years in jail if they associate with a bikie who has been hit with a control order.

One of the few states in the country that does not have anti-bikie legislation.

– Bikies risk a $6,980 fine if they are caught wearing the colours of their club.

– Members can be hit with an anti-consorting notice and risk three years in jail for breaking the order.

– Bikies risk 12 months in jail for displaying in public tattoos of their motorcycle club.

– Members can be given a consorting notice and could go to jail for five years for breaking the order.