Back to Benidorm in JULY! Spanish PM tells tourists ‘we’re waiting for you’ as he vows to ‘safely’ reopen hotspots ahead of more lockdown easing on Monday

Spanish Prime Minister Pedro Sanchez has told foreign tourists: ‘We’ll will be waiting for you from July.’

In his clearest message yet that the British holiday mecca will open up its borders to holidaymakers from Northern Europe in just over a month’s time, he told the nation: ‘Spain receives each year more than 80 million visitors.

‘That’s why I’m announcing to you that from the month of July the entry of international tourism to Spain will restart in safety.

The left-leaning PSOE party leader made no mention of any country in particular, including Britain which is set to introduce a 14-day quarantine at the start of June which would affect returning UK holidaymakers if it is still in place in July.

Tourists could be flocking to the beach in Benidorm (pictured on May 11) by July, according to Spanish Prime Minister Pedro Sanchez

He insisted Spain’s business needs were not being put ahead of public safety.

‘That’s why we will guarantee that tourists will be under no risk and also that they won’t bring any risks.’

Without detailing exactly measures would be taken to ensure zero risk for and from foreign holidaymakers, he added: ‘Spanish tourism will now have two new seals, the seal of health security and the seal of environmental sustainability.’

A new easing of lockdown measures is due to kick in on Monday in Spain as many areas move onto phase two of a four-phase recovery programme. 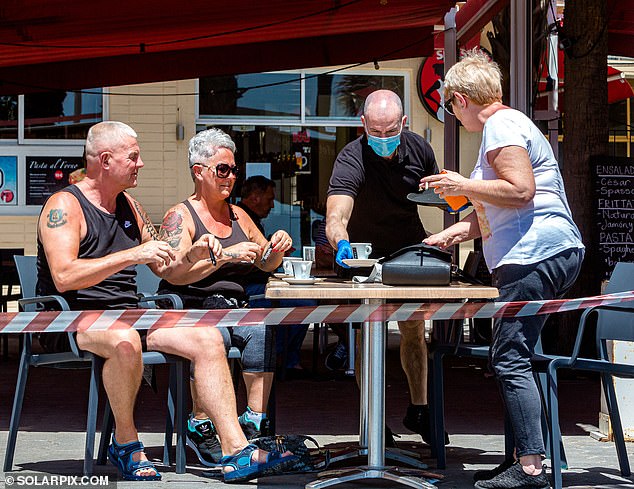 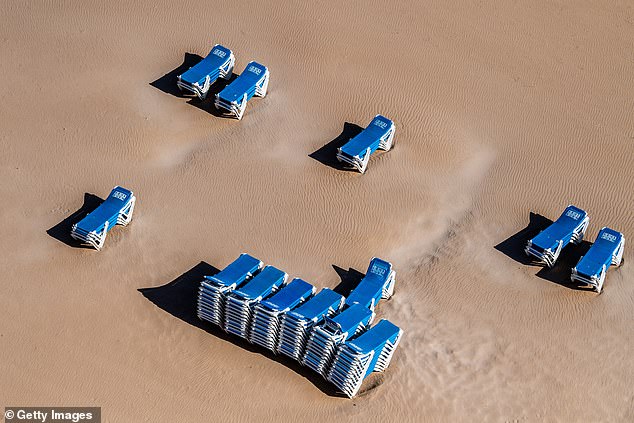 Sun loungers sit on the sand of the closed Playa de Levante Beach on May 11, 2020 in Benidorm, Spain

It will mean that in all of the Balearic Islands and many parts of the mainland Spanish coastline, people will be able to enjoy their first dip in the water for more than two months.

July has been signalled for some weeks now as the moment when Spain could reopen to international tourism, although hoteliers and other travel bosses have been complaining rival destinations like Portugal, Greece and Italy were getting the upper hand by setting specific dates.

Mr Sanchez’s comments were the most encouraging and decisive yet towards potential holidaymakers from abroad.

Many Spanish town halls have already indicated social distancing through limits on the number of tourists who can enjoy their beaches will be top of their list of priorities. 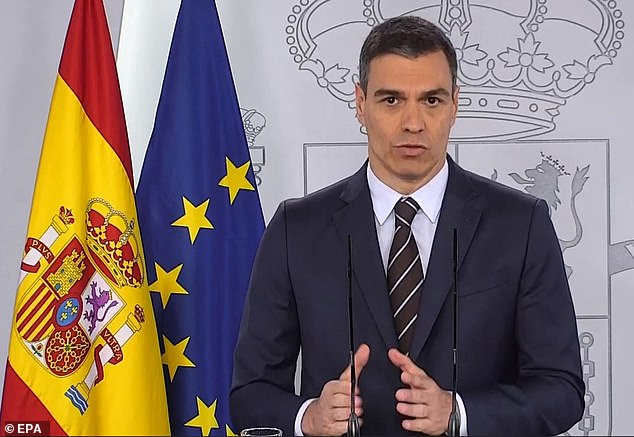 PM Sanchez as he addressed a press conference at La Moncloa Palace, in Madrid, Spain, today 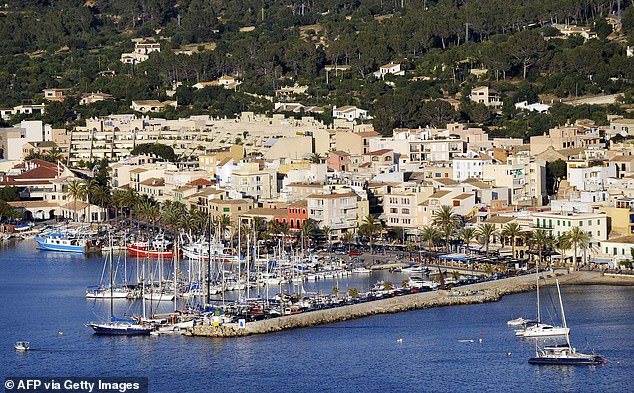 It will mean that in all of the Balearic Islands and many parts of the mainland Spanish coastline, people will be able to enjoy their first dip in the water for more than two months. Pictured, the harbour of Port ‘Andratx on the Balearis island of Majorca

The Costa del Sol resort of Fuengirola has said it will use artificial intelligence to control numbers.

Authorities in Lloret de Mar on the Costa Brava have said they intend to put different age groups in different areas of their beaches.

Travellers entering Spain are currently being forced to quarantine for 14 days but the order will be lifted when the country ends its current state of emergency at the end of June at the latest unless there is a dramatic change in the health situation.

Benidorm mayor Toni Perez insisted earlier this month before Mr Sanchez mentioned his restart date that he was hopeful of seeing British tourists back this summer.