A baby boy battling a rare and deadly genetic disease has undergone a life-saving bone marrow transplant after a vital miracle donor was found days after his first birthday.

Reign Miller-Hardy has hemophagocytic lymphohistiocytosis, a condition where his immune system attacks healthy tissues and organs.

The one-year-old was diagnosed in August after being rushed to hospital over fears he had contracted coronavirus.

Reign Miller-Hardy, (pictured) from Barry, South Wales, suffers from a genetic condition which meant he would have died without an urgent bone marrow transplant 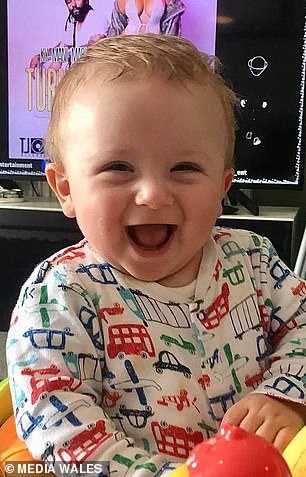 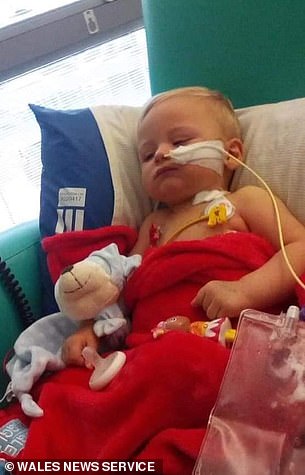 When the infant first became ill, his family feared he had Covid-19, but it turned out to be something even worse 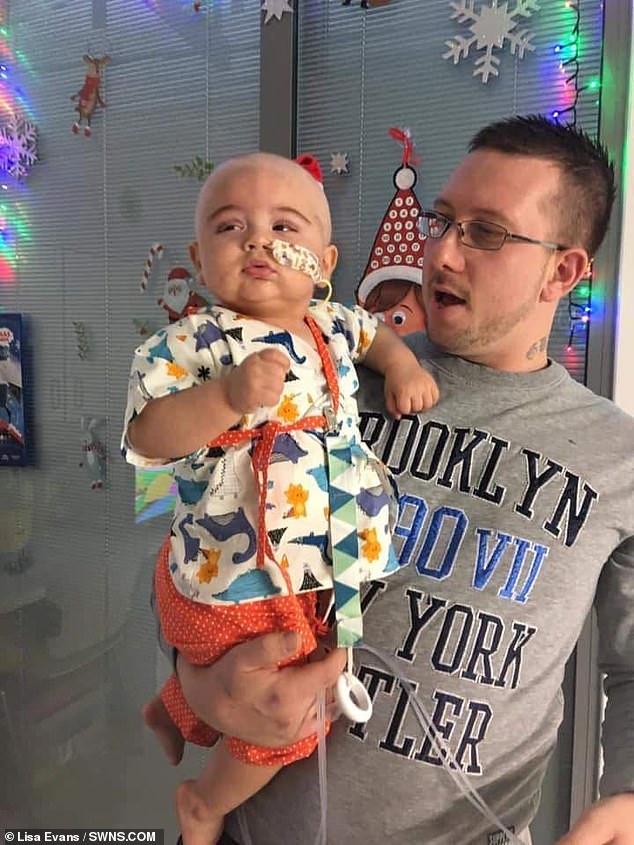 The one-year-old, pictured with his father Scott, was diagnosed in August after being rushed to hospital

A search was launched to find a bone marrow donor, with doctors warning Reign, from Barry, Wales, would die without a transplant.

An initial scan of the worldwide database returned no results, leading to a heartfelt appeal for help and a race against time.

But Reign’s family announced that a match was found in October and the baby is now on the road to recovery.

Great auntie Lisa Evans, 32, said: ‘Reign had four sessions of stem cell transplantation that lasted over the duration of a week in November. 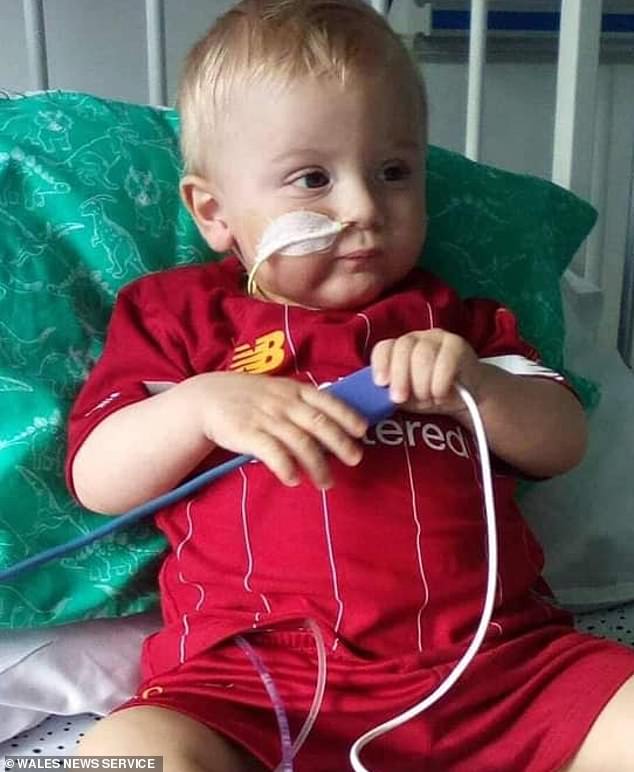 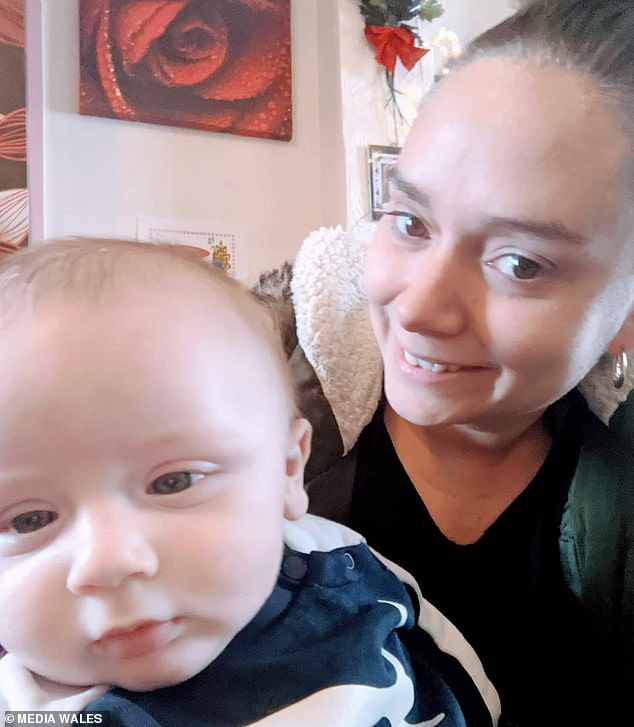 His great auntie Lisa Evans, 32, (pictured together) speaking on behalf of the family, said he had four sessions of stem cell transplantation in November

‘The doctors managed to save some of reigns own T cells to put back in along with the donor’s cells.

‘He’s responding brilliantly overall, although he’s having side effects from the chemotherapy and the transplant – but he’s still smiling and staying strong.

‘His mum and dad are taking things day by day but are remaining positive. He is still recieving blood and platelets transfusion when required. 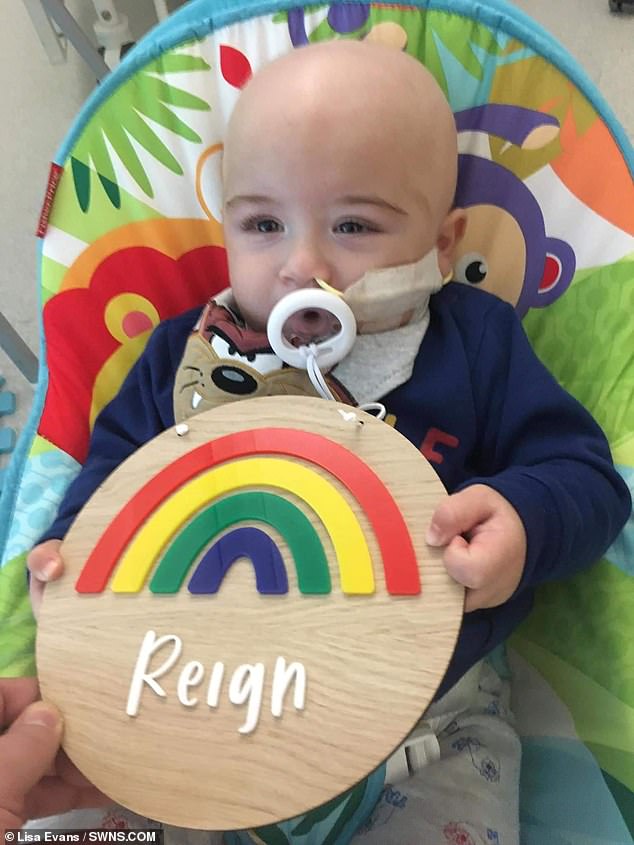 A search was launched to find a bone marrow donor, with doctors warning Reign, from Barry, Wales, would die without a transplant 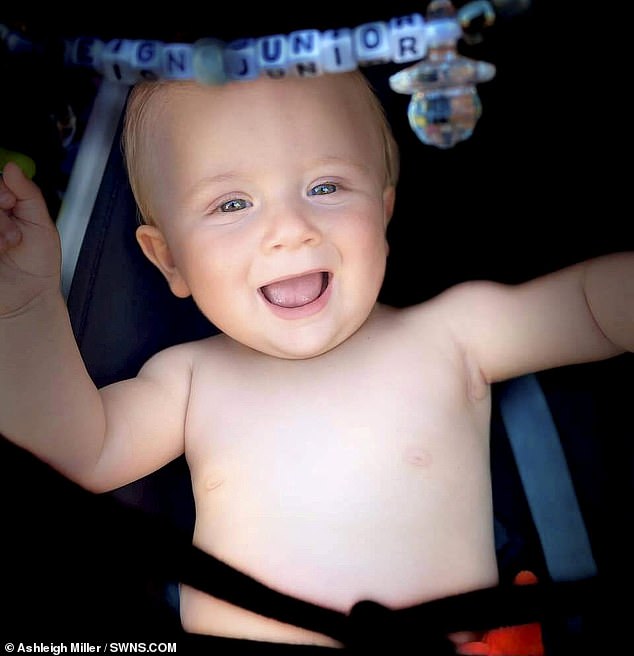 ‘Reign’s blood cells and neutrophils are increasing daily, which are good signs. It’s showing he’s responding and the transplant is showing success.

‘It’s still early days but it’s awesome news. Reign still remains high risk of infection but is allowed outside his “bubble” as his immune system is getting stronger.

‘We are incredibly thankful to the donor and still urge people to sign up if they are eligible for stem cell and blood.’

Brave Reign was diagnosed with the rare disease as a ten-month-old after a week of illness. It is though to affect around one in 100,000 children.

The genetic condition means the immune system attacks healthy tissues and organs including the liver, brain and bone marrow.

His parents Scott Hardy, 28, and Ashleigh Miller, 32, have been with him every step of the way – but only one at at time.

Strict coronavirus restrictions meant the couple had to take it in turns to be at his bedside.

Lisa, who speaks on behalf of the family, said Reign was first admitted to the University Hospital of Wales, where his condition deteriorated very quickly.

He was then taken for a lumbar puncture and scans where his diagnosis was confirmed.

Reign started a round of chemotherapy and was put in an induced coma to let his body rest.

The decision was then made to transfer him to the Great North Children’s Hospital in Newcastle, where he is still receiving treatment.

Lisa added: ‘We know it’s going to be a long, worrying battle for Reign from this point but we have every faith that our strong boy will continue fighting and get through.’ 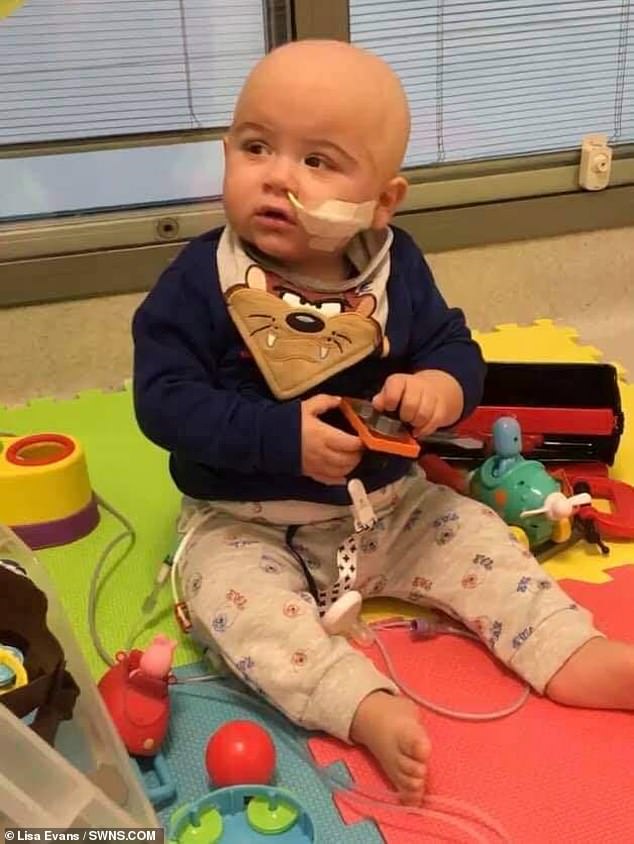 His parents Scott Hardy, 28, and Ashleigh Miller, 32, have been with him every step of the way – but only one at at time due to Covid 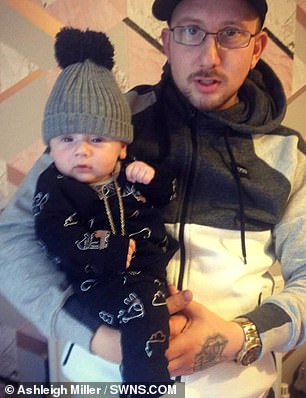 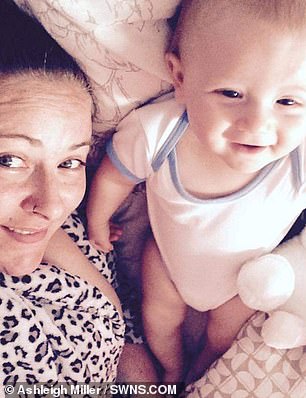