A baby boy is fighting for his life after plummeting from a third floor flat in Birmingham.

The one-year-old plunged 50 feet from an apartment block shortly before 7pm last night.

He was today said to be in a critical condition in hospital with a serious head injury.

West Midlands Police have launched an investigation into how the baby came to fall from the building in Reservoir Road, Erdington, believed to by a YMCA hostel for vulnerable adults.

A small piece of clothing lay on the floor, surrounded by green fasteners from first aid kits used by the ambulance crew to treat the injured baby 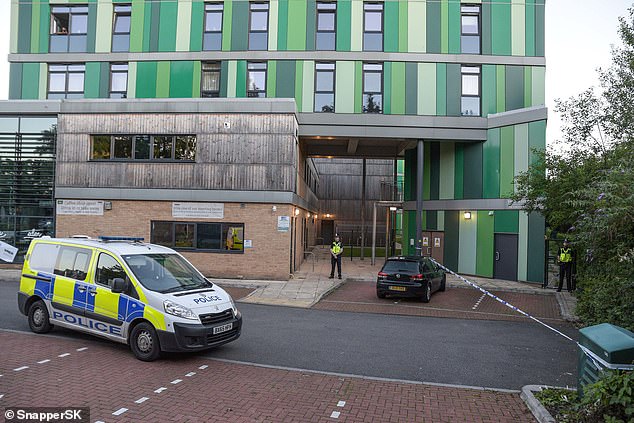 A police van was seen stationed outside the building, believed to be a YMCA hostel for vulnerable adults

The baby is believed to have fallen on a narrow pathway between the building and the railway embankment.

A small piece of clothing lay on the floor, surrounded by green fasteners from first aid kits used by the ambulance crew to treat the injured baby.

A witness said: ‘I didn’t see it happen, but I heard screaming from a woman. There were so many cops and ambulance people here, it was gut wrenching.

‘I heard from other residents here that there was another young kid inside when it happened, I’m praying the child is going to be okay.’

Paramedics from West Midlands Ambulance Service rushed the baby boy to hospital on blue lights and sirens, where he remains in a critical condition. 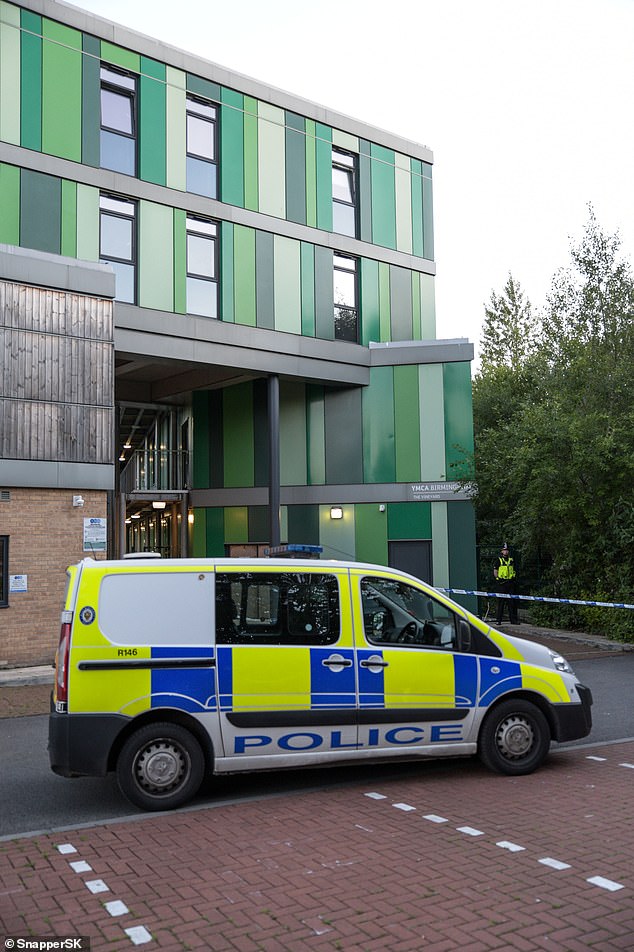 A cordon was last night placed around the rear of the property, where residential rooms look out onto a railway line.

West Midlands Police said in a statement: ‘We are investigating after a child fell from the window of a flat on Reservoir Road, Erdington just before 7.30pm last night.

‘The one-year-old child was taken to hospital with a serious head injury, where he remains today as enquiries continue into how he came about his injuries.’