A miracle baby was successfully delivered after almost dying when her cancer beating mother caught coronavirus.

Intensive care nurse Kate Bundy, 36 and from Dorset, caught the killer bug from her senior NHS matron husband Daniel, 37, in the final two weeks of her pregnancy with baby Ostara.

Kate, already a mum to six-year-old Athena, had been told her chances of having a second child were slim because of gruelling treatment to beat breast cancer during a four-year battle with the disease.

And the health of her unborn baby was thrown into jeopardy when she went on maternity leave just weeks before the pandemic broke.

On May 15, just three days after ending her self-isolation, Kate gave birth to baby Ostara who weighed a healthy 8lb 9oz

She began displaying coronavirus symptoms after Daniel, who worked on wards with seriously ill Covid-19 patients, lost his taste and smell.

Kate developed a high temperature and a persistent cough as well as loss of both taste and smell – all official markers of the virus.

She said the uncertainty of being heavily pregnant while suffering from the infection was ‘really scary’ and feared that the virus ‘might turn serious’.

The couple rushed Kate to get tested and a swab confirmed she was infected with Covid-19. 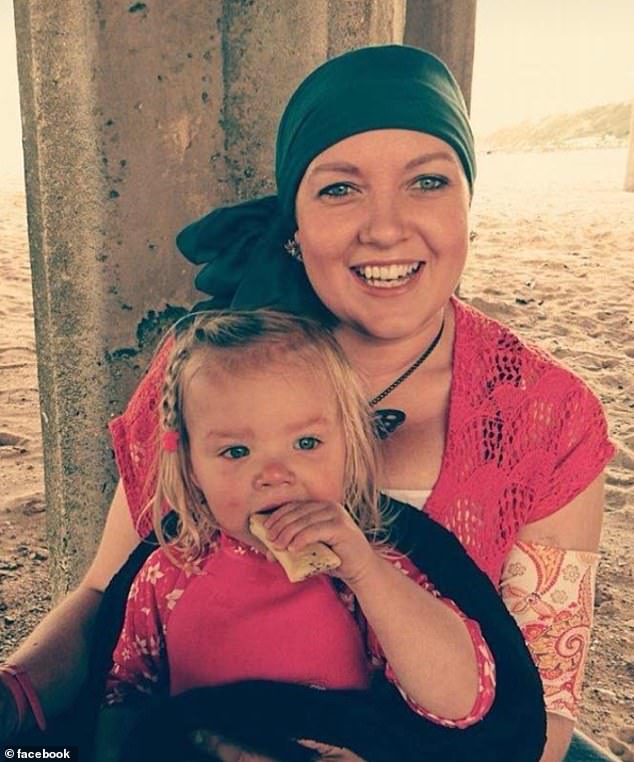 Kate had previously needed surgery, chemotherapy, radiotherapy and hormone therapy to keep her alive during her four-year breast cancer battle

‘We had no idea what the virus might do during pregnancy’, she told The Mirror.

‘I know my symptoms were relatively mild but to go down with it so close to birth.

‘We had worked so hard to get pregnant and there was this fear that the virus might turn serious and I might end up in hospital.’

Kate had been due to undergo hormone therapy for five years to keep the cancer at bay, but was allowed a one-year break to try for a baby – despite this carrying the risk of cancer returning.

She had previously needed surgery, chemotherapy, radiotherapy and hormone therapy to keep her alive.

The one year hormone break was almost up when, against the odds, Kate fell pregnant.

On May 15, just three days after ending her self-isolation, Kate gave birth to baby Ostara at Mary’s Maternity Unit in Poole, weighing a healthy 8lb 9oz. 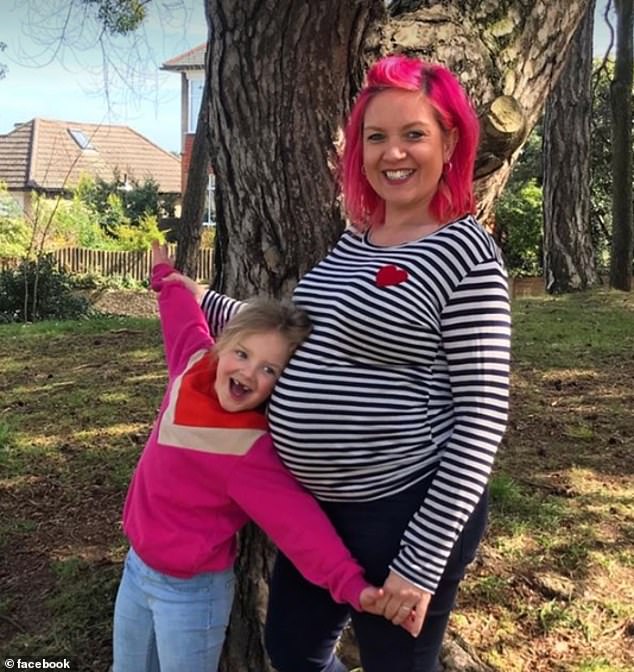 But tragedy struck again, and after being allowed home Ostara was rushed back to hospital suffering from a high temperature and rash.

Her terrified parents spent 48 hours by her bedside in fear that she was suffering from a delayed response to Covid-19 or Kawasaki disease.

A coronavirus test came back negative, and doctors say baby Ostara was experiencing the effect of a virus.

The two days spent in hospital ‘were the scariest of my life’, Kate said, adding that ‘we have our miracle baby, but we were racked with anxiety for two days.’

Baby Ostara has since recovered and is now a ‘happy and healthy baby’, her mother said.