A baby is among seven people killed in one of the deadliest crashes in two decades on New Zealand’s South Island after a van collided with a truck.

A light van carrying nine people crossed over the centre line before smashing head on into a refrigerated goods truck on State Highway 1 between Blenheim and Picton, on the north coast, at 7.30am on Sunday.

‘It’s just absolutely tragic how in the blink of an eye seven lives are lost,’ he said.

A light van carrying nine people crossed over the centre line before smashing head on into a refrigerated goods truck on State Highway 1 (pictured) between Blenheim and Picton at 7.30am on Sunday

‘[It’s] a reminder for every single one of us, in a blink of an eye seven lives are gone.’

The truck driver suffered minor injuries while two of the surviving passengers in the van suffered critical and serious injuries and were taken by helicopter to hospital.

Marlborough Area Commander Inspector Simon Feltham said support would be offered to first responders to help them cope with the trauma.

‘One of our staff members, it was their third day working out of police college,’ he said. ‘It’s a horrific thing to have to deal with.’

Inspector Borrell extended his condolences to the family who had lost loved ones.

‘Any death on our roads is a tragedy, let alone multiple fatalities in one crash,’ he said.

‘A crash of this scale has a huge impact on both the community where it happens, that of the deceased’s family and community, and on emergency services who attend.’ 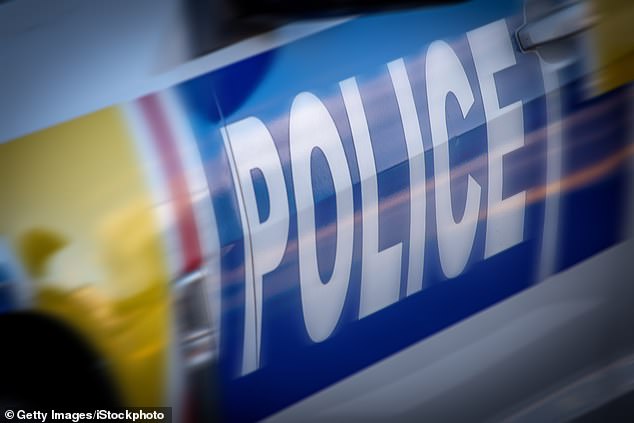 ‘Today we attended a most horrific vehicle accident with other emergency services,’ he wrote on Facebook.

‘I’m lost for words to describe what our emergency services had to deal with. Our thoughts go out to the families.’

Koromiko resident Trish Rawlings described hearing loud bangs on the road outside her property at the time of the accident.

‘Then I heard a siren, so I went down to the gate to have a look,’ she told Stuff.

‘There were emergency vehicles there by then, helicopters, they got there quick. It must have been within 10 minutes of the crash.’

Ms Rawlings said the collision happened on a ‘bit of a corner’.

After being confronted by the scene, she decided to go for a walk to clear her mind.

‘Reality hits after a while and you think, ‘Oh my God, seven people have died not far from where we live’, she told the New Zealand Herald.