EXPRESS INFORMER > Health & Medicine > B.C. musician and teacher who died of COVID-19 was devoted to community and ‘never afraid to show love’

Anton Kolstee was a musician, an academic, a mentor and teacher with a deep respect for Indigenous culture.

This is how Jullian Kolstee describes his dad, who died of COVID-19 on Dec. 8 at 71 years old.

But the biggest lesson his father taught him is the value of service.

“What matters most is the way that you’ve touched the lives of your community and the people around you,” Jullian said.

As a child, Kolstee immigrated to Canada from the Netherlands with his parents, settling in Vancouver.

In his teenage years, he made his mark on the city’s music scene as a member of the psychedelic rock band United Empire Loyalists — part of the Fourth Avenue counterculture in the late 1960s.

Despite their popularity, the band opted not to go the way of record deals and smash albums.

“That wasn’t part of the culture,” Jullian said.

Instead, they hosted long jam sessions and played major bills, opening for The Grateful Dead at the Pender Auditorium and Cream at the Pacific Coliseum.

Kolstee took his passion for music into academia. He lived and worked with Indigenous communities in Bella Bella and Bella Coola along B.C.’s coast, focusing on their music and culture as he completed a PhD in ethnomusicology.

“He built a relationship and a connection and gained the trust of the elders there,” Jullian said.

A career with Indigenous youth

In the 1980s, Kolstee worked as a First Nations counsellor at Carson Graham Secondary in North Vancouver.

In his role, he provided support and addressed the unique challenges faced by Indigenous students, many of whom were the first generation to enter the public school system following residential schools.

After his father’s death, Jullian said he was overwhelmed by the outpouring of support he received, particularly from Kolstee’s former students.

“The things that they had to say about my dad, about the work that he did, and the care, time, attention and focus he gave them, words can’t describe what it means to me,” Jullian said.

One of those students was Squamish Nation Hereditary Chief Ian Campbell.

“Our experience in school, oftentimes, we faced blatant racism because we were Indigenous and it was very frustrating … and he made it safe for us to come in here and enjoy our high school,” Campbell said.

Kolstee developed relationships and trust with students and elders of the Squamish Nation. He learned their music and culture, becoming fluent in their language and its preservation, and teaching their mythology.

The Squamish Nation honoured him with a name: Skewk, the raven.

“Anton will be remembered, for the rest of my life certainly,” Campbell said, holding Kolstee’s drum emblazoned with a raven.

“I will always consider Anton as one of my first mentors who shaped me into the man I am today.” 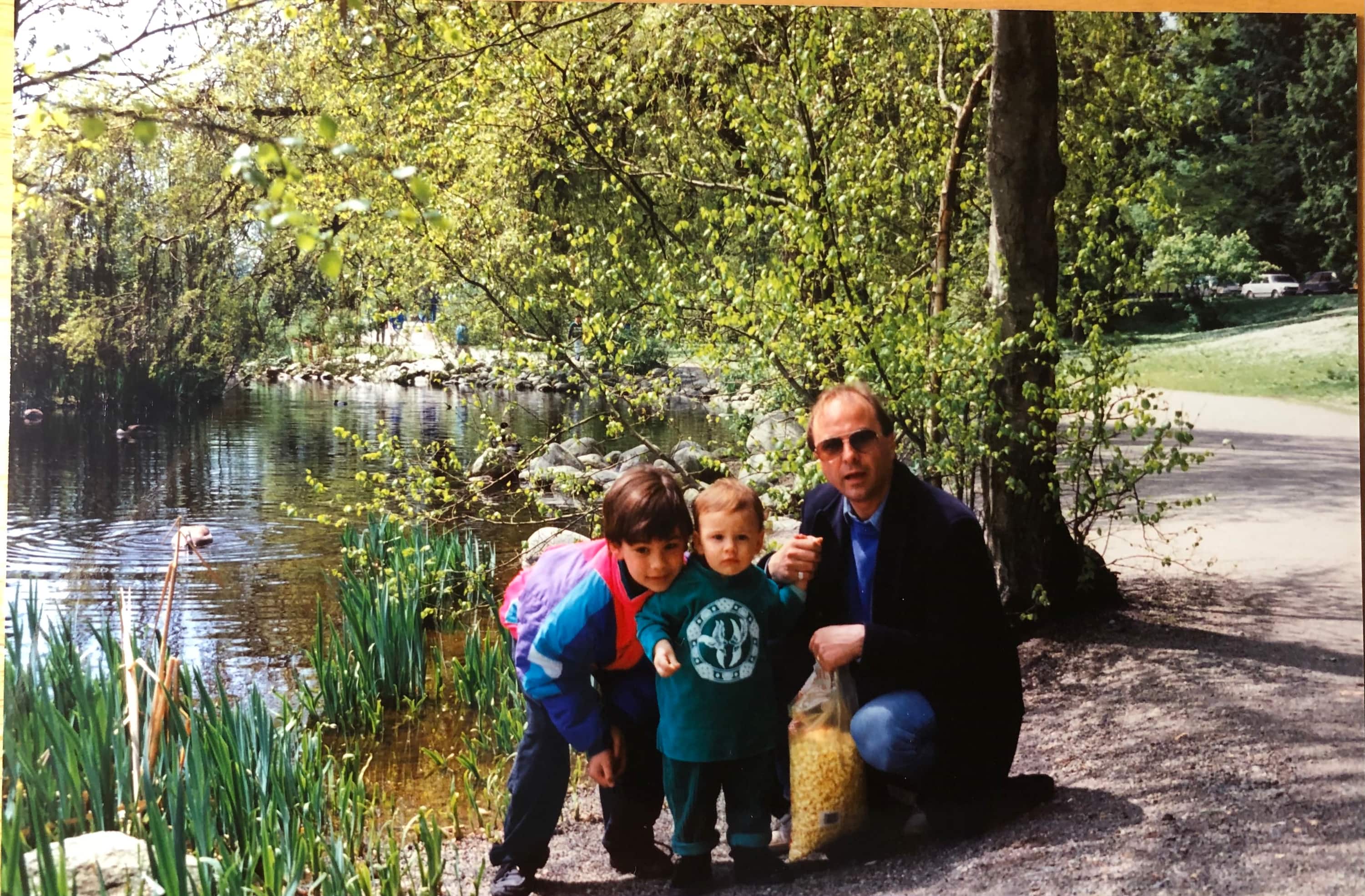 Anton Kolstee was affectionate and held his son close, traits Jullian will remember most about him 0:58

Diagnosed with COVID-19 in long-term care

Kolstee’s career was cut short when he suffered a major heart attack on Father’s Day in 1999, when Jullian was eight years old. It left him in a coma and with trauma from an anoxic brain injury.

When he came out of the coma, his mental, physical and social capacity had changed. He had to relearn how to do everything, his son said.

It robbed Kolstee of the things he loved: his music, his intellect, his body, Jullian said. It robbed his family of the father and husband they knew.

“He was a limited form of himself,” Jullian said.

Kolstee eventually moved into an independent living centre, where he lived for 20 years.

In March, he was moved into the Capilano Care Centre long term facility in North Vancouver.

The facility was hit hard by COVID-19 in the last month. Kolstee was one of the residents who succumbed to the virus.

“I don’t know how to put into words the overwhelming combination of feelings and the release of a really long extended period of preparation and grieving for what we had already lost when I was a child,” Jullian said.

Jullian will remember his father’s touch and the care he showed his whole life — particularly for his family.

“What sticks out to me is the way that he’d pick me up and he’d hold me and he’d have me close to him,” Jullian said.

“He was very affectionate and he was never afraid to show love.”