A 90-minute debate between John Horgan, Andrew Wilkinson and Sonia Furstenau, just 11 days before the provincial election, was mostly full of policy debates and mostly empty on overheated rhetoric.

But while moderator Shachi Kurl got high marks on social media for keeping a brisk pace and informative tone to proceedings, it seemed none of the candidates were able to score one of those elusive “knockout blows” candidates hope for in a debate.

Which probably serves Horgan well — the NDP leader is comfortably up in the polls and, aside from a tendency to speed through his answers like he downed coffee beforehand, kept a generally even keel throughout.

The Green Party’s Furstenau will probably consider Tuesday night’s debate a success. Relatively unknown to British Columbians, she managed to land a few jabs on Horgan’s decision to call a snap election, and sounded the least scripted of the leaders on a number of occasions.

However, the leader who needed a game-changing debate the most was Wilkinson.

And it’s hard to imagine he comes out of the debate with the boost the B.C. Liberals seem to badly need. 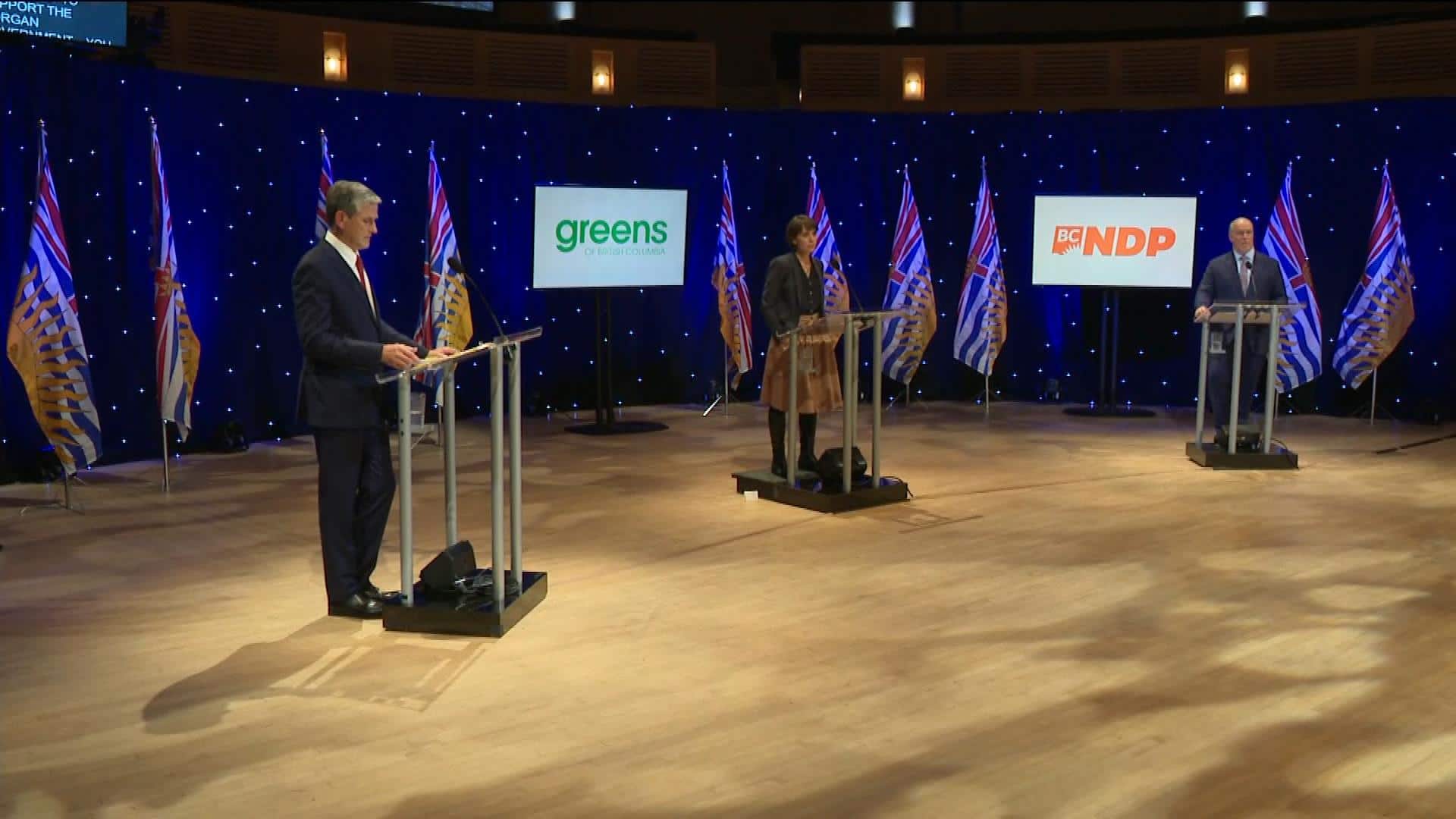 Wilkinson’s challenge going into the debate was obvious.

Down in the polls, he needed to articulate his platform for British Columbia and explain why he would be a better leader of this province than Horgan.

But he also needed to try to address the public perception of him as aloof and lacking empathy in a host of situations.

Kurl put forward the question to Wilkinson, bringing up both his comments about renters (a “wacky time of life”, he once said) and his slow response to sexist comments made by Liberal candidate Jane Thornthwaite toward NDP candidate Bowinn Ma during a roast of a retiring MLA last month.

“The leader sets the tone for the team. Are you setting the right tone?” asked Kurl.

Wilkinson called the roast “that very unfortunate event,” said he apologized to Ma, and that “in retrospect” he should have spoken up during the roast, but said it was “time to move forward.”

As for renters, Wilkinson said “I’ve had a life of struggling myself,” noting his family immigrated to Canada when he was young and moved often, and that he paid his own way through university.

Neither Horgan nor Furstenau responded to Wilkinson’s comments.

Words on unconscious bias will linger

But it wasn’t Horgan’s motormouth or Wilkinson’s roast comments that got the most immediate attention after the debate, but what they said — or failed to say — on unconscious bias and systemic racism.

When asked how they each personally reckoned with their own privilege as white political leaders, Wilkinson told a story about being a doctor (for the fourth or fifth time in the debate) and that he delivered an Indigenous baby that was later named after him.

For his part, Horgan said that growing up he played lacrosse with Indigenous youth, and that “for me, I did not see colour. I felt that everyone around me was the same.”

Both Horgan and Wilkinson, after those somewhat confusing answers on privilege, then turned to attacking each other.

This is the answer I wish I gave on stage. Saying “I don’t see colour” causes pain and makes people feel unseen. I’m sorry. I’ll never fully understand, as a white person, the lived reality of systemic racism. I’m listening, learning, and I’ll keep working every day to do better. <a href=”https://t.co/Rbr7h0JOyh”>pic.twitter.com/Rbr7h0JOyh</a>

It was left to Furstenau to talk about interactions people of colour have with the police, and to say, “We aren’t all equal. I wish we were, but we’re not.”

In the middle of a global pandemic, it’s likely not a moment that will turn an election.

But it’s likely the moment that will resonate the most, well after Horgan and Wilkinson are no longer leaders of their parties.