EXPRESS INFORMER > News & Politics > Axe falls on taxpayer subsidies to farmers: George Eustice to confirm that payments will be stopped

The Government has announced plans to overhaul the country’s farming industry by introducing environmental incentives which will replace the costly EU subsidies after Brexit.

In the biggest change to farming in more than 50 years, the subsidies will be phased out and replaced with payments to protect the environment.

The Government says the plan is to deliver ‘a better, fairer farming system in England’ which will transform the way farmers are supported over a seven-year period.

Under the new scheme, farmers will be rewarded for environmental measures such as restoring habitats, producing free-range eggs and minimising animal suffering.

This will replace the EU’s Common Agricultural Policy which sees farmers paid subsidies in accordance with how much land they own.

Environment Secretary George Eustice will spell out today how the subsidies will be cut from next year and will be gone by 2028.

The National Farmers’ Union warned last night that it was a ‘high-risk’ strategy. 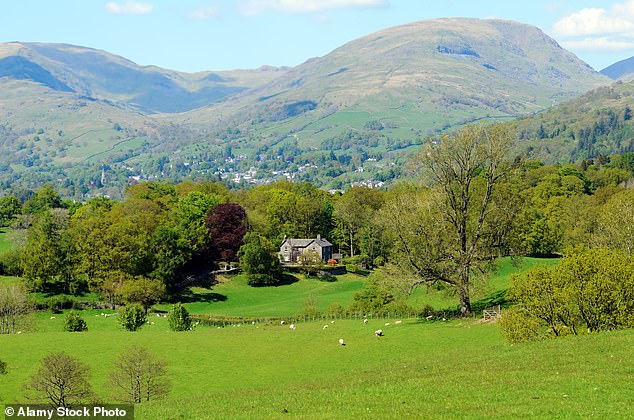 Until 2024, the Government will maintain the £2.4billion paid to the UK in EU agriculture subsidies, but will halve the £1.8billion handed out in direct payments to farmers.

Trade deal is possible this week

Britain and the EU could reach a trade deal this week – if Brussels can demonstrate ‘pragmatism and good faith’, Dominic Raab said yesterday.

The Foreign Secretary said the UK was in the ‘last leg of negotiations’ with the EU over a post-Brexit deal and talks now depended on resolving a ‘fairly narrow’ set of issues, such as fishing rights.

‘But I think in particular the issue around fisheries, and we need the EU to accept the point of principle that as we come through the transition period it’s a fact of leaving the EU that we take back sovereignty and control of our own waters and our own fisheries.’

He added: ‘If the EU understand that point of principle, and we have some pragmatism, we can get there.’

He told a conference: ‘We need a deal… I don’t think there’s a much of a case for voting against it’, as this would be effectively voting for no deal.

Farmers will also be rewarding for investing in measures that promote animal welfare.

This will initially be focused on eradicating endemic diseases in sheep, pigs and cattle to create more sustainable farming practises.

Farmers will also receive funding to invest in measures which reduce animal suffering such as better holding pens for cattle to minimise stress.

Separately, a farming investment fund will offer grants for equipment and technology such as robots and infrastructure including water storage.

A resilience programme will help those most affected by the loss of direct payments to help them manage their businesses.

In a speech to farmers and environmental groups today, Mr Eustice is expected to say: ‘We want farmers to access public money to help their businesses become more productive and sustainable, whilst taking steps to improve the environment and animal welfare, and deliver climate change outcomes on the land they manage.

‘Rather than the prescriptive, top-down rules of the EU, we want to support the choices farmers and land managers take. If we work together to get this right, a decade from now the rest of the world will want to follow our lead.’

The Elm scheme will have three strands. The first is a sustainable farming incentive to support measures such as improving soil health and hedgerows and reducing pesticides.

Thirdly, there will be landscape recovery projects to finance large-scale woodland creation, peatland restoration, or the creation or restoration of coastal habitats such as wetlands and salt marsh.

Rewilding projects that restore natural processes to large areas of land could be funded under the third strand.

Farmers and land managers will be able to assess which component is best-suited to their land.

NFU president Minette Batters said: ‘Expecting farmers to run viable, high-cost businesses, produce food and increase their environmental delivery, while phasing out existing support and without a complete replacement scheme for almost three years is high risk and a very big ask. Ministers must bear these challenges in mind.’