Having a whale of a time! Awesome moment humpback repeatedly breaches just meters from where father, son and their dog Shelby are kayaking

By David Averre For Dailymail.Com

This awesome footage shows the moment a humpback whale performed a series of stunning breaches just metres away from a father and son kayaking with their dog in British Columbia.

Ryan, 45, was kayaking with his son Aidan, 19, and their nine-year-old Australian Shepherd Shelby on August 9 in Desolation Sound, Discovery Islands when they heard the sound of a humpback whale nearby.

Ryan immediately started recording in the hopes that he would capture the moment the whale breached the surface of the water.

But the father and his family were in for a truly fantastic natural spectacle as the majestic animal thundered through the surface in an incredible display of power three times in quick succession. 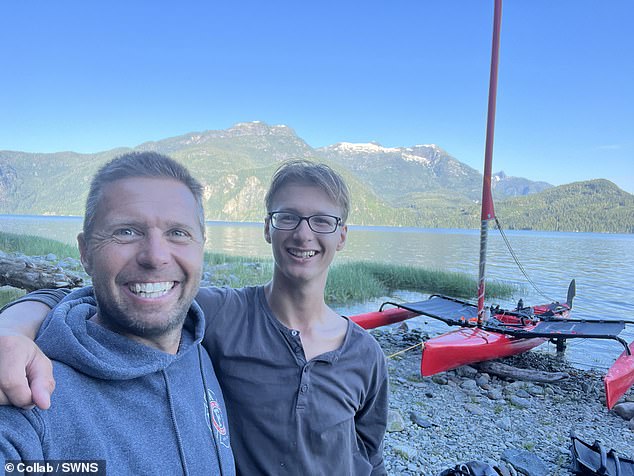 Ryan, 45, was kayaking with his son Aidan, 19, in British Columbia when they saw the whale’s majestic performance 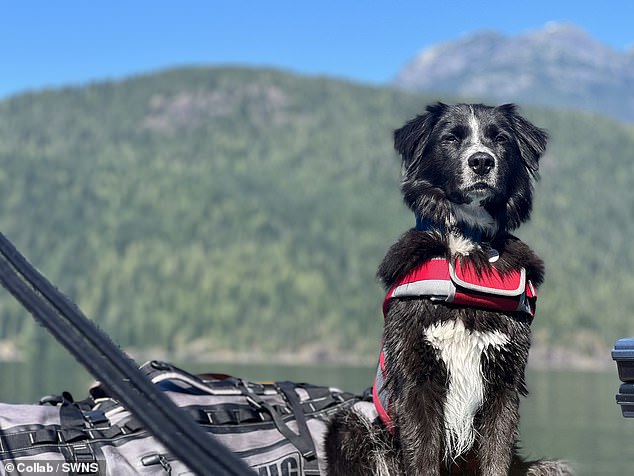 After the third breach, the whale retreated back underwater and headed for the open ocean as Ryan and Aidan sat in their vessels, completely stunned.

Ryan said: ‘We were so shocked and initially just so relieved that we didn’t get crushed and that we were safe.

‘Then we were just in awe and so grateful to be that close to such a magnificent creature.

Humpback whales live in oceans around the world.

They travel incredible distances every year and have one of the longest migrations of any mammal on the planet.

Some populations swim 5,000 miles from tropical breeding grounds to colder, plentiful feeding grounds – this is why it is difficult to estimate population size, according to the National Oceanic and Atmospheric Administration (NOAA). 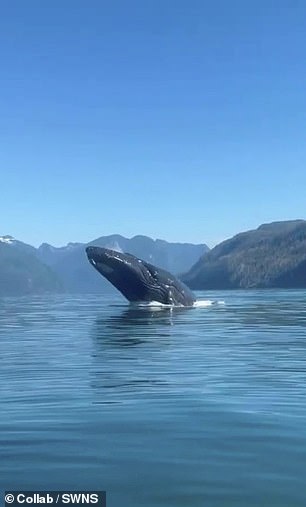 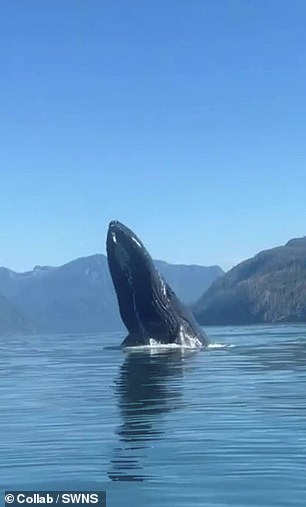 The whale breached three times before heading out into the ocean

British Columbia is considered to be an excellent destination for those looking to spot the incredible sea creatures.

Humpbacks are known to show great fidelity to their feeding areas and the northern British Columbia region is known to be a popular spot for approximately 3000-5000 whales.

Marine biologists believe that whales and dolphins jump out of water, making splashes that can be heard by fellow mammals miles away, as a form of communication.