The average rent in Britain has soared to more than £1,200 a month for the first time on record, new data has revealed.

Typical values reached £1,204 a month, according to Hamptons estate agents’ figures for October. It is a rise of £80 a month or 7.1 per cent higher than a year ago.

It means tenants are having to fork out an extra £960 a year in rent compared to this time last year.

The rapid rental growth means these households are now spending 44 per cent of their post-tax income on rent, the highest share since records began in 2010.

The average rent in Britain has soared to more than £1,200 a month for the first time on record

The Hamptons figures revealed that average rents passed the £1,100 mark back in September 2021.

This was after they crossed the £1,000 milestone back in June 2019, before dipping during the pandemic and re-passing that point in August 2020.

So far this year, average rents in five regions have moved into a new £100 price bracket.

Greater London was the latest, with rents passing £2,100 a month for the first time in October this year.

Average rents passed the £1,100 mark back in September 2021, according to the research by Hamptons

It was driven by rents in inner London reaching a new record high of £2,863 a month in October, £1 a month more than when rents in London’s priciest postcodes previously peaked in October 2019.

It means that rents in every area of the country are now above where they were at the beginning of the pandemic.

Since January 2020, just before the start of the pandemic, rents have risen 19 per cent across Britain.

It is the equivalent of an additional £2,351 a year in rent, a significant sum of money to find amid the cost of living crisis.

Hamptons said there had been more rental growth since the beginning of Covid than for at least eight years prior.

While national rents recovered to their January 2020 levels within eight months, in inner London it took 30 months for them to bounce back.

In October, the average inner London home cost 9 per cent more to rent than it did in January 2020.

But it is in the South West where the strongest growth since then has been seen, with rents up 32 per cent or £265 a month.

Rapid rental growth in the last few years means that the average privately rented household in Britain now spends 44 per cent of its post-tax income on rent; the highest share since records began in 2010.

However, weaker rental growth in the capital means that this has increased by just 1 per cent since October 2020, the third smallest rise in the country.

North London estate agent Jeremy Leaf, said: ‘Demand up, supply down can only mean one thing – rents will keep on rising.

‘Interest has been swelled by aspiring first-time buyers deterred off by rising mortgage rates.

‘We need more new landlords and existing landlords to stay put but have to make it worth their while without compromising standards or marginalising tenants.

‘However, we have noticed at the sharp end some tenant resistance to higher rents recently as the cost of living really starts to hit home.’ 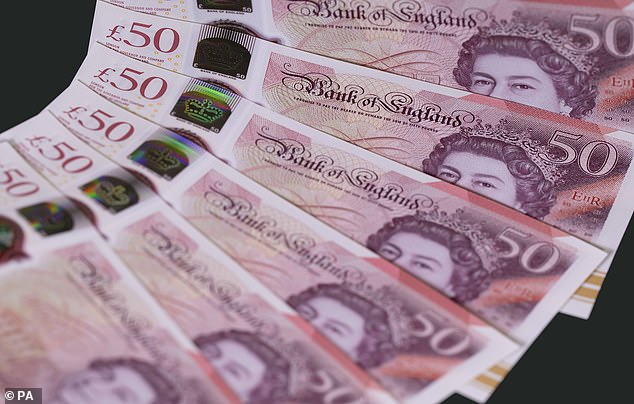 The pace of rental growth across Britain has stabilised in recent months, with rents up 7.1 per cent year-on-year in October.

It is the fifth consecutive month of single-digit increases after annual rental growth peaked at 11.5 per cent in May this year.

Meanwhile, the number of properties available to rent crept up for a second consecutive month, meaning there were 15 per cent more in October 2022 than in October 2021.

However, this increase compares to a period when stock levels were at record lows, and there are still 47 per cent fewer homes available than two years ago.

London is now the only region where there are fewer homes available to rent than last year. 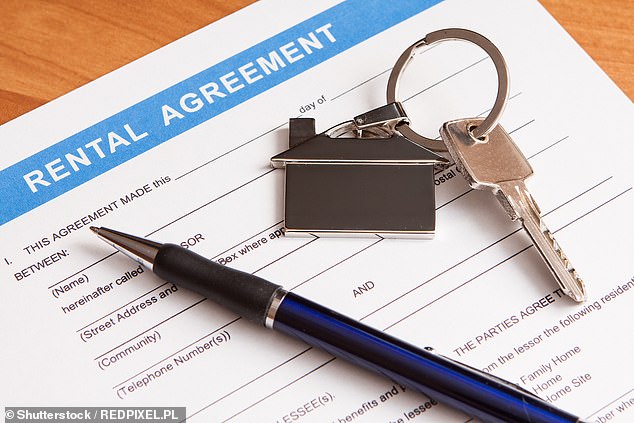 The number of properties available to rent crept up for a second consecutive month, meaning there were 15 per cent more in October 2022 than in October 2021

Aneisha Beveridge, of Hamptons, said: ‘Strong rental growth has pushed average rents into another £100 price bracket for the third time in just over two years.

‘However, the good news for tenants is that rental growth has slowed from its summer double digit peak and looks likely to settle around the 5 to 6 per cent mark by the end of the year.

‘This will be welcome news for many households who are seeing other costs spiral as inflation peaks. And it also means that, unlike at the beginning of the year, rents are more closely tracking income growth which should soften the cost of living squeeze for tenants.’

She added: ‘While the risks are mounting for future house price growth, these same risks are likely to bolster rental growth in the short-term.

‘High mortgage rates will keep more would-be buyers in the rental market for longer, which is partly why demand is up 5 per cent on last year’s record levels.

‘The cost of servicing a 90 per cent loan-to-value mortgage has risen 65 per cent in the last year, meaning tenants are now spending a similar proportion of their income on rent – 44 per cent – as they would on a mortgage at 36 per cent.

‘Landlords’ costs are also rising, which they’ll likely seek to pass onto tenants in the form of higher rents or sell up if they are unable to cover costs. This is why we think rents are still likely to rise 5 per cent in 2023.’