EXPRESS INFORMER > News & Politics > Average daily US Covid cases fall to fewer than 40,000 for the first time since September 15

Average daily US Covid cases fall to fewer than 40,000 for the first time since September 15 as average daily deaths fall to a low since July 6

The average number of new daily COVID-19 cases has fallen below 40,000 for the first time since mid-September, according to data from Johns Hopkins University.

And deaths have fallen to an historic low of 655 – the lowest average since July 6. In the past month alone, the average of daily fatalities has declined by a third, down from nearly 1,000 a day.

Declines in COVID-19 figures were expected as share of Americans who have been vaccinated rises, but are nonetheless welcome.

As of Tuesday, nearly 60 percent of U.S. adults have had at least one dose of Covid vaccine and about 45 percent are fully vaccinated.

But the number of shots being given a day has fallen off a cliff, plummeting 42 percent from the peak of nearly 3.3 million shots a day on average to just 1.9 million a day as of May 6 (the most recent day for which there CDC has logged enough data to calculate a seven-day rolling average).

The average number of new daily COVID-19 cases has fallen below 40,000 for the first time since mid-September, according to data from Johns Hopkins University. 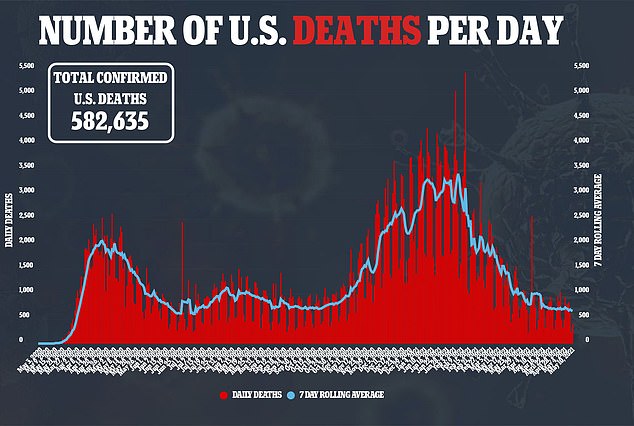 According to Bloomberg data, that number has rebounded slightly, with 1.83 million shots given yesterday and the seven-day rolling average back above two million.

Experts have warned that the sudden slowdown in vaccinations threatens that the U.S. will never reach herd immunity, which is thought to require between 70 and 90 percent of the population to be fully vaccinated.

But despite the falling vaccination rate and the progressive reopening of the U.S., cases, hospitalizations and deaths are all trending downward. There aren’t enough Americans vaccinated to eliminate Covid, but coupled with the warmer weather, vaccinations are already making a big dent in the share in the share of Americans vulnerable to the virus.

In part, that’s because Covid is primarily a disease of the elderly – nearly 72 percent of whom are now fully vaccinated.

And nearly 84 percent of Americans aged 65 or older have now had at least one dose. 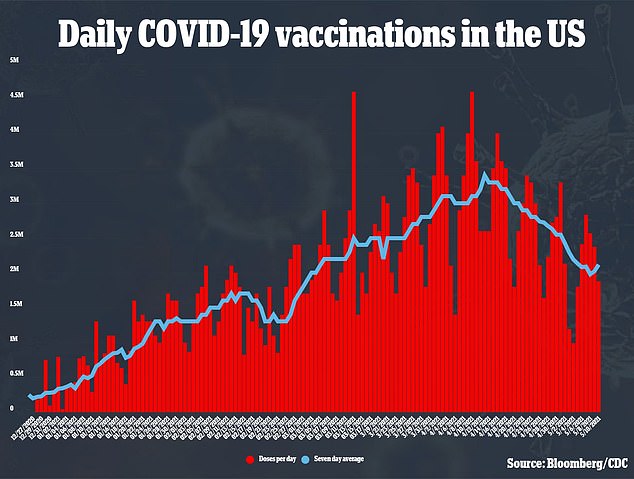 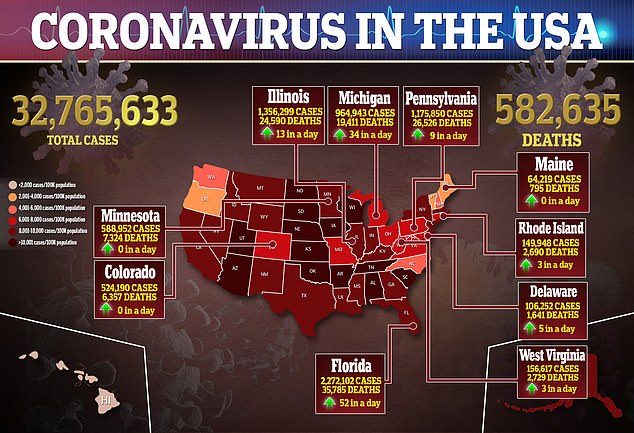 During the first spring spurge last year, someone aged 80 or older was nearly four-times more likely to catch Covid, according to CDC data.

Now, that age group – the most at-risk and most vaccinated – is seeing the fewest daily cases per capita of any (tied with the next oldest age group, those between 65 and 79).

With only Pfizer’s vaccine authorized for those under 18 – and only available to those 16 and up before this week – just 1.6 of Americans younger than 18 have had a first dose. 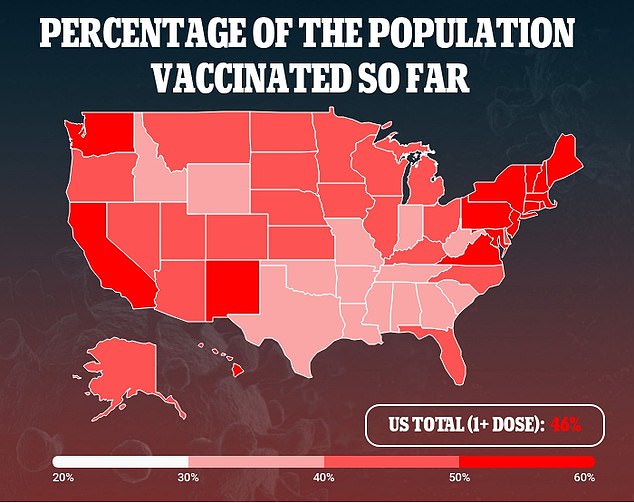 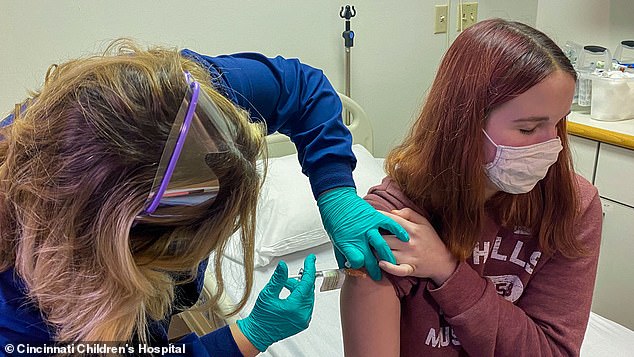 FDA on Thursday authorized PFizer’s vaccine to be given to children between ages 12 and 15 after a trial of 2,200 adolescents found the shot is virtually 100% effective at preventing illness or death from Covid, and triggered side effects no worse than those experienced by people ages 16-25 (pictured, a trial participant in Cincinnati, Ohio) 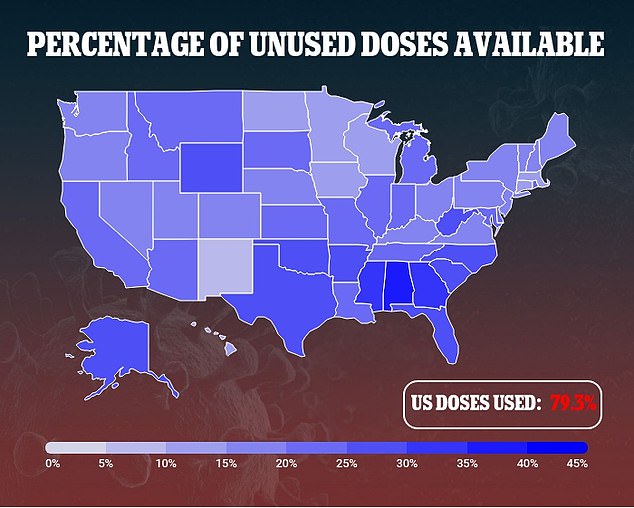 On Monday, the Food and Drug Administration (FDA) authorized Pfizer’s Covid vaccine to be given to children as young as 12.

The CDC’s vaccine advisory committee is meeting on Wednesday, when it is expected to recommend the vaccine for children ages 12-15.

Most states are expected to begin giving the vaccine to tweens on Thursday, although the Associated Press reported that Georgia has already given shots to some tweens.

The additional eligibility of 12- to 15-year-olds will add another 17 million people who could get vaccinated and help bring the U.S. closer to herd immunity.

But there are still challenges to the vaccine rollout ahead.

About 18 percent of Americans say they are do not want to get vaccinated against COVID-19, and around 80 percent of those people say that nothing will change their minds.

And parents are currently split 50/50 about whether to vaccinate their children, according to the latest Axios/Ipsos poll.