The autistic eight-year-old boy who was allegedly murdered by his NYPD officer father and his fiancée died of hypothermia after he was kept inside the couple’s unheated garage overnight in ‘freezing temperatures.’

Michael Valva, 40, and Angela Pollina, 42, were charged with second-degree murder on Friday in the death of eight-year-old Thomas Valva on January 17.

The couple ‘engaged in conduct which created a grave risk of death to this child,’ said Geraldine Hart, Suffolk County Police Commissioner.

Valva’s initial story – that Thomas was trying to catch the school bus and died after falling in the driveway- quickly came apart as homicide detectives investigated the death.

Justyna Zubko-Valva, Valva’s ex-wife and Thomas’ biological mother, had previously accused the officer of abusing their three children by with starvation and beatings. 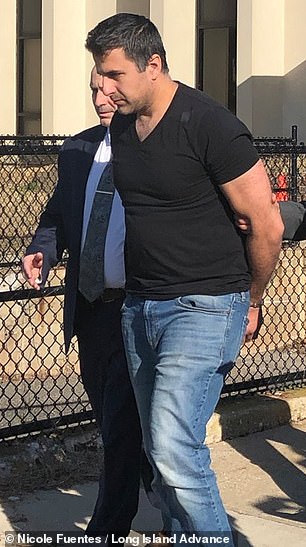 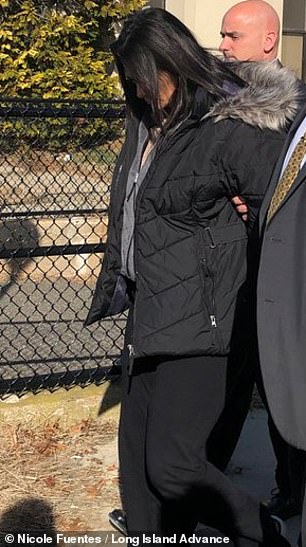 ‘The medical examiner has ruled it a homicide with a major contributing factor of hypothermia. We believe certainly that Thomas was kept in the garage overnight preceding his death,’ Hart said, according to NBC News.

Then, Valva forced Thomas outside into the garage when the area was a frigid 19 degrees that night.

Thomas’ body temperature was just 76 degrees -21 degrees below a normal temperature- when doctors later attempted to revive him.

Before calling 911, Valva is said to have placed the boy’s cold body in a warm bath to raise his core temperature.

Authorities dispatched to the couple’s Long Island home around 9.40am last week after reports that Thomas had fallen in the driveway and lost consciousness.

Responding officers found Valva performing CPR on Thomas in the basement before he was rushed to Long Island Community Hospital and pronounced dead. 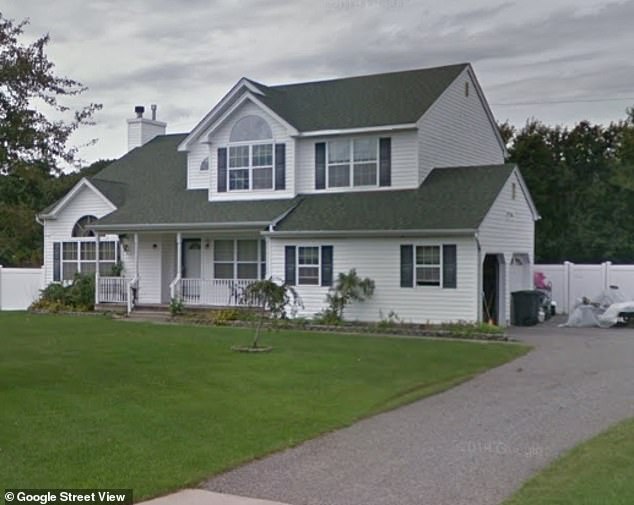 Pictured: The couple’s home at 11 Bittersweet Lane in the Center Moriches hamlet in Long Island where Thomas died on January 17 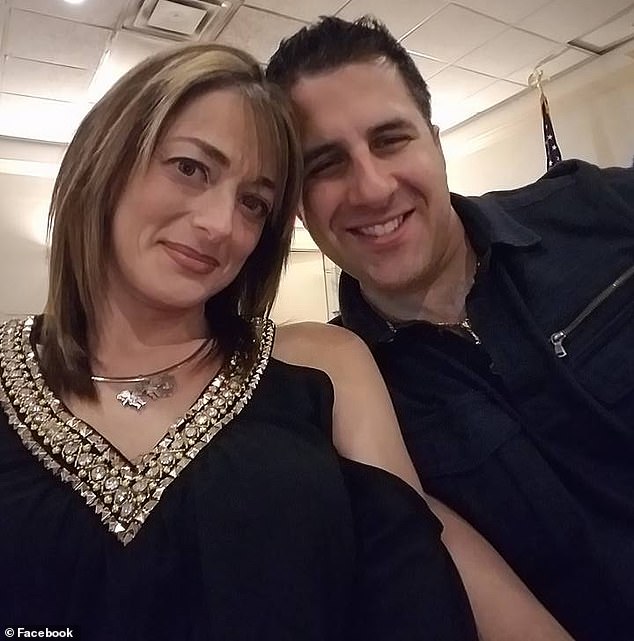 Michael Valva, 40, (right) and Angela Pollina, 42, (left) were charged with second-degree murder in the death of Valva’s son, Thomas 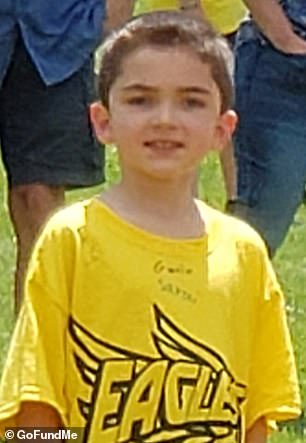 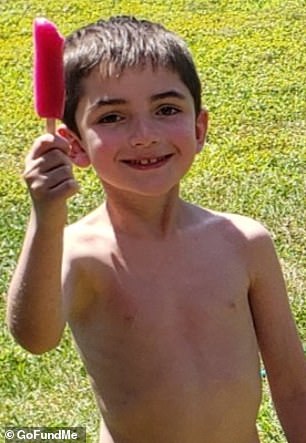 In addition to hypothermia, Thomas also suffered head and face injuries that were not consistent with Valva’s story.

Hart said: ‘As with any unattended death, homicide detectives conducted an investigation which revealed inconsistencies in the timing and the nature of the child’s injures as reported by his father.’

‘We have determined Thomas was as never in the driveway that morning and he suffered head and facial injuries that were not consistent with the father’s account.’

In addition to Thomas, Valva’s six-year-old and 10-year-old brothers lived with the couple, as did Pollina’s 11-year-old twin daughters and her six-year-old son.

The couple reportedly had an extensive home security system and monitored the children closely.

Said footage helped investigators discovered that Valva’s other sons were punished with ‘food deprivation and exposure to extremely frigid temperatures.’

The remaining children have been placed in Child Protective Services.

‘We are still investigating the extent of the abuse and if it extended to all of the children,’ said Hart.

‘Biggest concern is that Mr. Valva and his fiance Angela do not understand the depth of Anthony and Thomas’s disabilities,’ the report read, regarding Thomas’ brother. 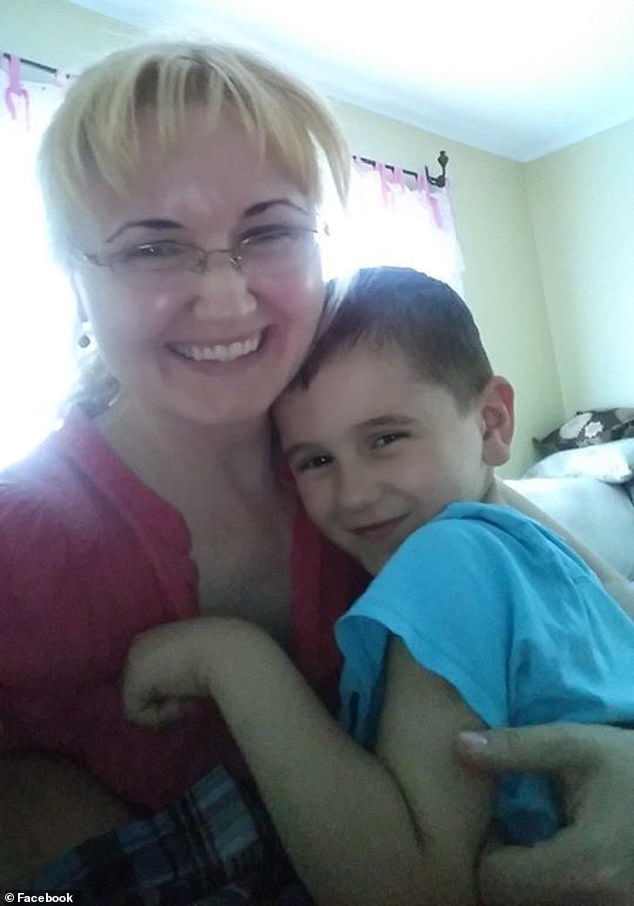 Thomas’ mother, Justyna Zubko-Valva (left), a correction’s officer, said: ‘I just keep praying for this case to be fully resolved and my little angel Thomas to rest peacefully in heaven…I just wished somebody helped him’ 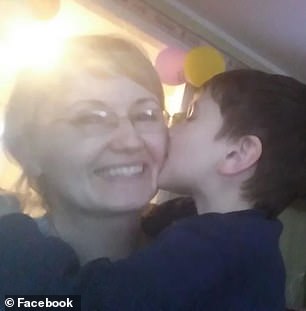 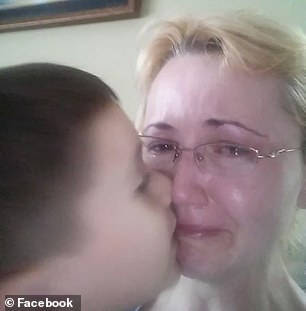 Zubko-Valva (left), who lost custody of her children, has not seen Thomas (right) or his siblings in two years 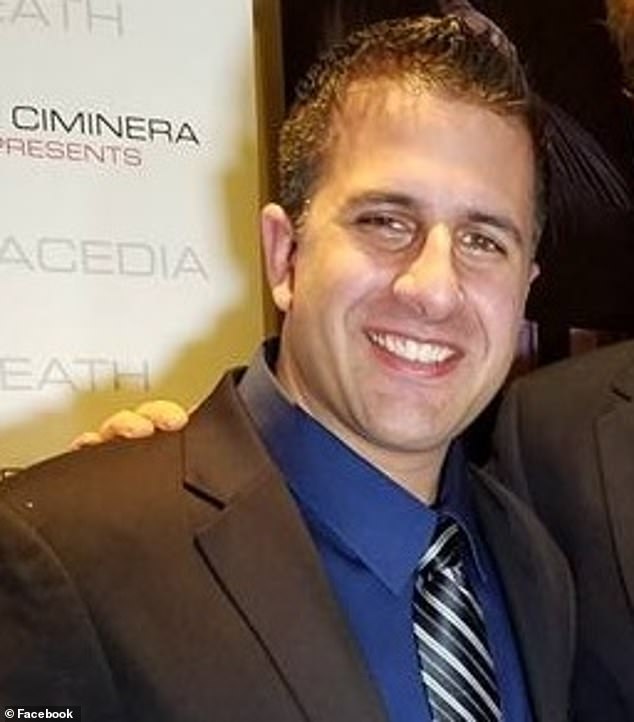 ‘Both Anthony and Thomas come into school hungry and frequently say they did not eat breakfast because they did not ask for breakfast or got in trouble.’

Anthony had allegedly dropped around 11 pounds over the course of nine months.

Police conducted a welfare check at the home in May 2019, but the family was not home at the time.

Valva’s ex-wife and Thomas’ biological mother, Justyna Zubko-Valva, a corrections officer on Rikers Island, said her sons suffered abuse at the hands of Valva and that the older man had anger issues.

She alleged that Valva tortured their children by starving, beating and locking them inside the garage for periods of time.

She says the children would go to school with soiled clothing and wear diapers, despite all of them being potty trained by age two.

‘No one did anything,’ said Zubko-Valva, adding that the children allegedly scoured for food in the school garbage on the floor.

She said she fought for justice for her children for five years, but was unable to gain custody before tragedy struck.

Zubko-Valva previously lost custody of her children and have not seen them in two years. It’s unclear why she initially lost custody.

‘I just really want justice for my son. He deserves it. This should never have happened,’ she said.

‘The last kiss from my youngest son before he was taken away from me … He always showed me so much love,’ she wrote.

‘My three loving children, whom two of them have special needs were taken away from me and deprived from any form of communication and contact with me. I was punished by the judge for loving my children unconditionally.’

Valva and Pollina will be arraigned Saturday morning. They both say they are innocent of any wrong doing.

‘Both of them maintain their innocence 100 percent. We’ll see how the facts bear out,’ Matthew Tuohy, their lawyer, said.

Valva released a statement regarding his son’s death through his attorney.

‘As with any tragedy, our office and Mr. Valva are shocked and saddened to learn of the horrible accident that took the life of young Thomas,’ it read.

‘We mourn his death with family and friends. Since Thomas’ parents are in the midst of a divorce, we are unable to make any further comments at this time.’