Hanna Rosin, author and podcaster, kicked a hornet’s nest with her tweet. She apologized a day later. She is pictured in May 2013

An Israeli-American journalist and podcast host has been forced to apologize after complaining that a romantic comedy about gay Asian men vacationing on New York’s Fire Island did not feature enough women.

Hanna Rosin, 52, said that the Hulu film, entitled Fire Island, failed the Bechdel test – a 1980s rule that said a film needed to feature at least two women in it, who talk to each other about something other than a man. It is now seen as assessing how sexist a film is.

The film is loosely based on Jane Austen’s Pride and Prejudice.

Rosin on Monday tweeted: ‘So @Hulu, #FireIslandMovie gets an F- on the Bechdel test in a whole new way.

‘Do we just ignore the drab lesbian stereotypes because cute gay Asian boys?

‘Is this revenge for all those years of the gay boy best friend?’

The response was immediate and damning. 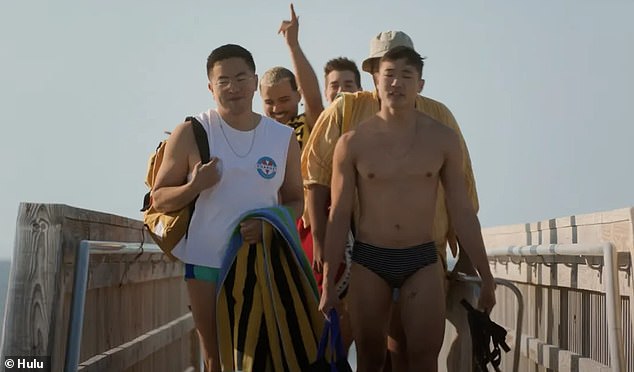 Fire Island tells the story of a group of friends going on a week’s vacation to the New York hotspot, known for its gay friendly community 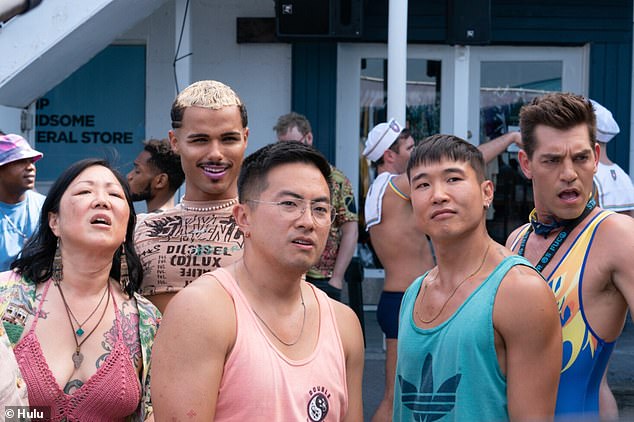 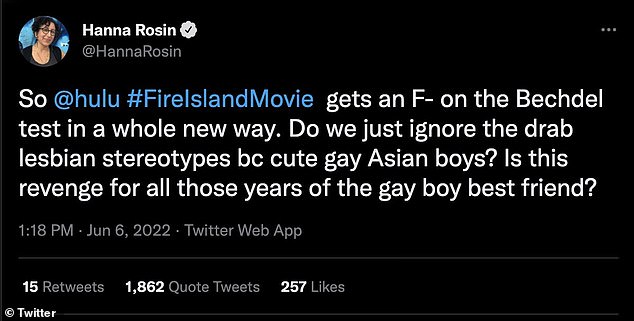 ‘How do you think a gay Asian ‘boy’ in the US feels having literally never EVER seen themselves in a movie?’ Curtis tweeted. 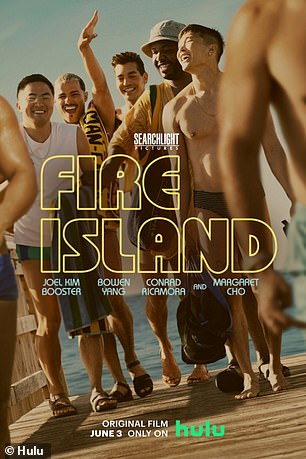 ‘Are you really that self-absorbed, so unable to step outside of yourself for one moment, that you can’t see that maybe it’s not *supposed* to be about you?’

Others felt her comments were more ridiculous than offensive.

‘I was having a conversation with myself and failed the bechdel test,’ one said.

Another added: ‘I fail the bechdel test because i don’t talk to anyone.’

Even Alison Bechdel, the 61-year-old cartoonist who created the test, joined in. 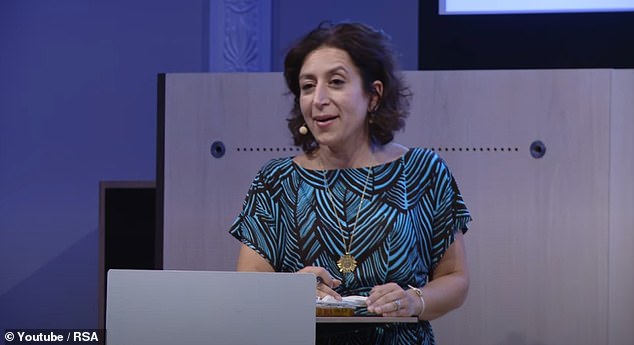 Rosin has been forced to apologize for her comments 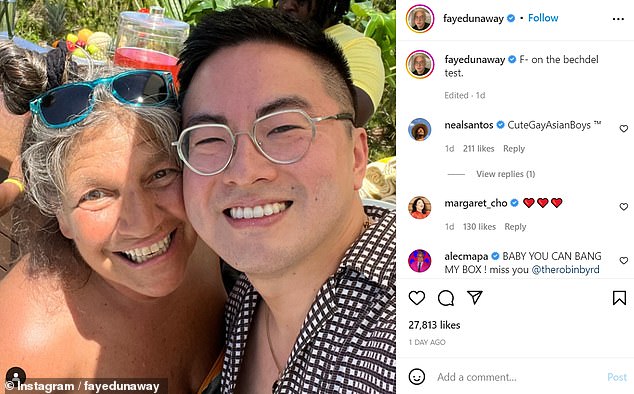 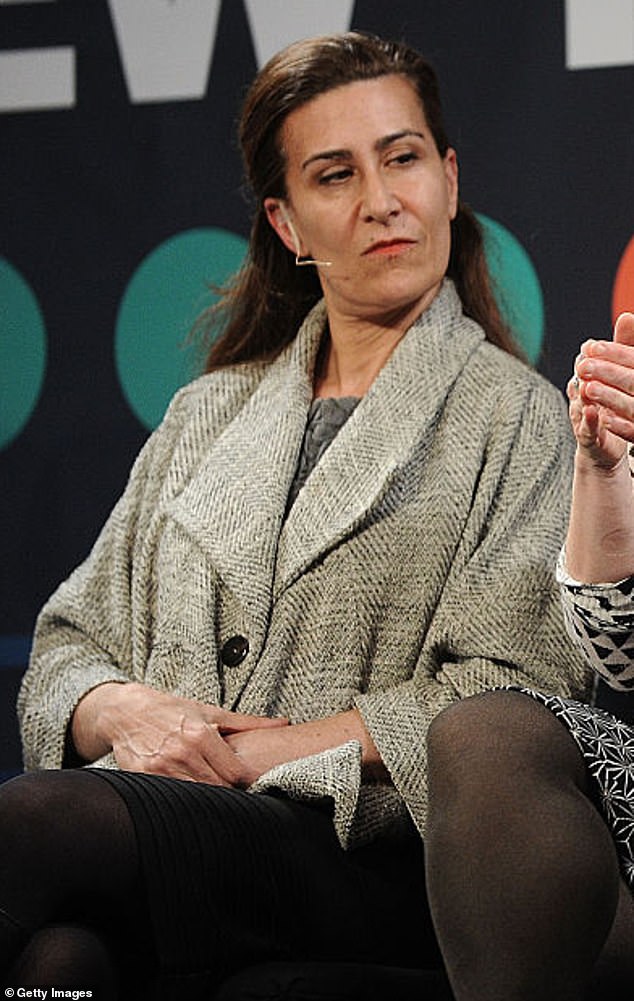 Alison Bechdel, who came up with the concept of the Bechdel Test (pictured in 2015), even chimed in on the outcry

‘Okay, I just added a corollary to the Bechdel test: Two men talking to each other about the female protagonist of an Alice Munro story in a screenplay structured on a Jane Austen novel = pass,’ she said.

Rosin then apologized for her remarks.

‘I deleted a tweet that many of you rightly pointed out was offensive,’ she said on Tuesday.

‘I’ve read your responses and I hear you. My tweet was careless and thoughtless. Truly.

‘The movie was telling a story about queer AAPI men, whose experiences don’t show up enough in movies or anywhere else.

‘What I had to say was beside the point, not to mention a buzzkill on a fun summer movie. It’s a cliche but the fact that I didn’t see it coming means I have a lot to learn.

‘The last thing I want to do is pit members of my community against each other. I sincerely apologize to those who were hurt by my words.’