Olivia Pierson took to Twitter to comment on Nanaia Mahuta’s appearance after she was appointed to parliament on Monday – becoming the nation’s first Indigenous female to hold the position.

Online retailer Mighty Ape NZ has since confirmed that it had made Pierson’s books unavailable following her social media posts. 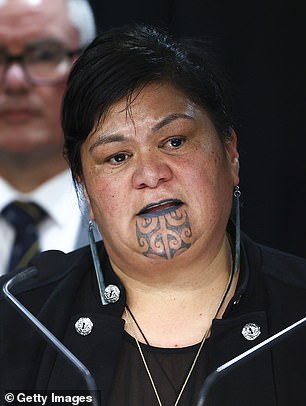 ‘Facial tattoos are not exactly a polished, civilised presentation for a foreign diplomat in the 21st Century. Ffs! Jacinda has gone full wokelette on stilts.’

She later posted again and said: ‘…I’ll say it again – facial tattoos, especially on a female diplomat, is the height of ugly, uncivilised wokedom!’

Another Twitter user flagged the string of tweets to Might Ape who replied publicly and said: ‘Thank you for bringing this to our attention.

‘We have made the book unavailable and will not be making it available again.’ 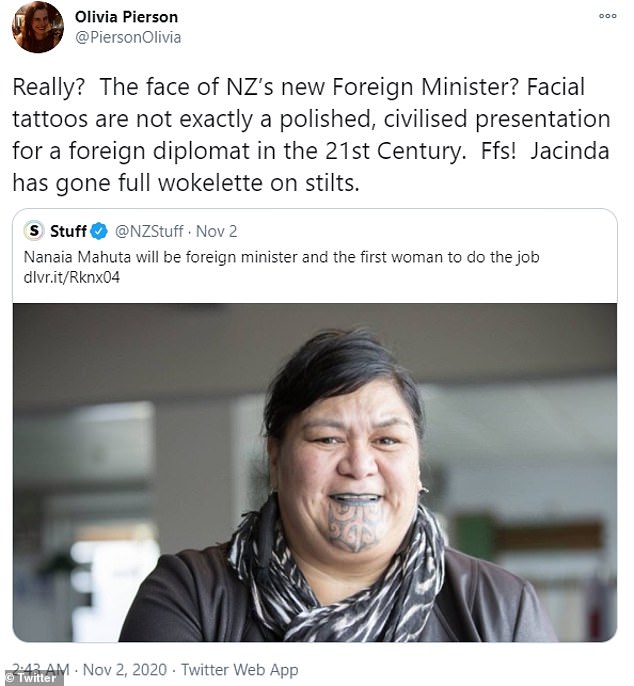 Pierson, who describes herself as NZ-based in her Twitter bio, is the author of the book Western Values Defended: A Primer.

The book’s own blurb reads: ‘There is only one path to shining the light of understanding on the times in which we live, and that is to know our place in history.’

Pierson has since told MailOnline: ‘I was not even aware until yesterday that Mighty Ape was a seller of my book, so am not too perturbed by that.

‘Cancel culture is rife in NZ and around the world, so this is no great surprise.

‘What does surprise me is that I have had hundreds of disgusting threats of violence to my person, including umpteen death threats by Maori supporters of Nanaia Mahuta, because I expressed my view about facial tattoos.

‘Threatening violence and death in a country like NZ, which has the cornerstone liberty of freedom of expression, is indeed uncivilised and wrong on every level.’

Mahuta and Mighty Ape have also been contacted for comment. 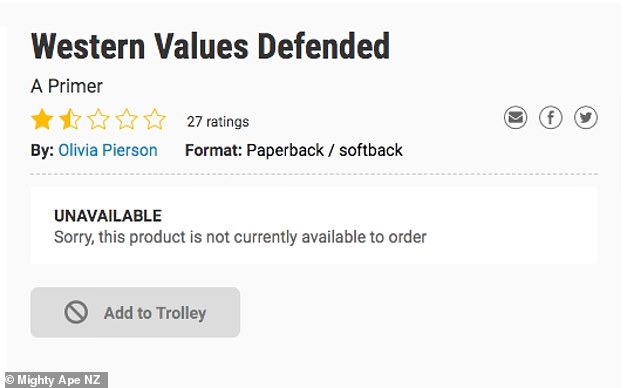 Pierson, who describes herself as NZ-based in her Twitter bio, is the author of the book Western Values Defended: A Primer which has since been made unavailable to buy online from Mighty Ape NZ

Mahuta, 50, is the nation’s first Indigenous female Foreign Minister and four years ago became New Zealand’s first female member of parliament to wear a moko kauae – a traditional tattoo on her chin.

The moko kauae is considered a physical manifestation of their true identity.

It is believed that every Maori woman wears a moko internally, close to their heart, and it is brought to the surface when they are ready.