Authentic upstaged race favorite Tiz The Law to win the Breeders’ Cup Classic on Saturday at Keeneland in Lexington, Kentucky to give trainer Bob Baffert a record-extending fourth win in the $6 million US showcase.

In one of the deepest fields for this event in years, Hall of Fame jockey John Velazquez piloted Authentic to victory by a margin of 2-1/2 lengths in a race that was held in front of a mostly empty grandstand due to the COVID-19 pandemic.

Authentic, who won the Kentucky Derby and finished runner-up at the Preakness Stakes, was in front by the first turn of the 1-1/4 mile race never relinquished his lead as he pulled away during the final stretch.

“We really were disappointed after the Preakness, I was sort of surprised, you know,” said Baffert, who had a trio of entries in the race.: 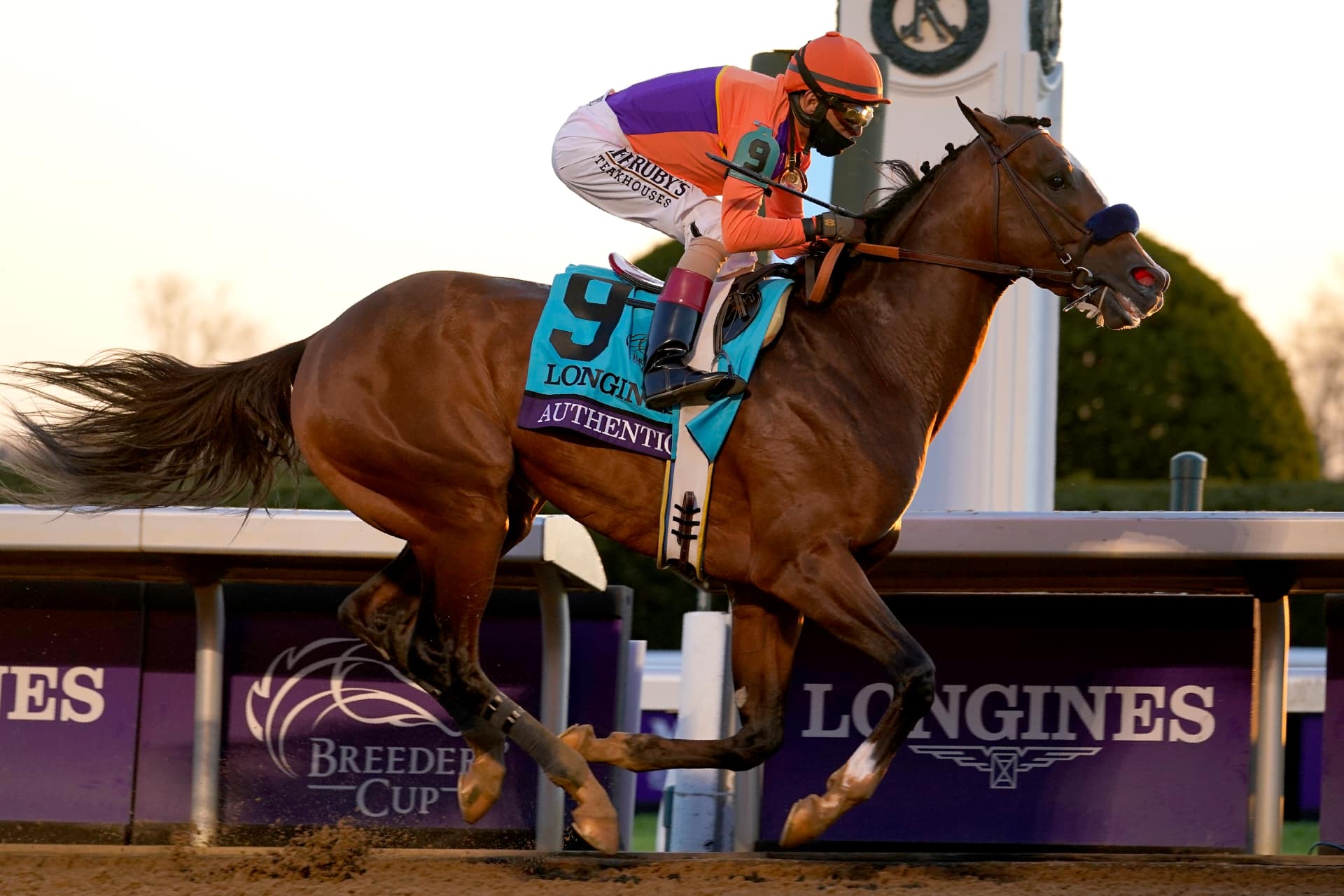 “But he’s a quirky horse. He’d been working unbelievable, they all were. I think Johnny really knows him well and once he got them in that rhythm, he’s just getting better and better.”

Improbable, also trained by Baffert, finished second while Global Campaign was third in a field that also included Belmont Stakes winner Tiz the Law and Maximum Security, who finished first in the 2019 Kentucky Derby but was disqualified.

“I’ve been chasing this race for quite awhile,” said Velazquez. “For me, it was just incredible. What a feeling. I don’t know what to say.”

In the day’s second race, four-year-old colt Absolutely Aiden was euthanised on the track after sustaining an injury during a spill that led to the dismount of three jockeys.