Australia’s youngest billionaire and his business partner in an online casino enterprise are being sued for more than $500million by a childhood friend and ex-colleague.

Stake.com founders Ed Craven, 27, and Bijan Tehrani, 28, are accused of cutting Christopher Freeman out of their business and are accused of allowing illegal crypto gambling on their casino platform, according to court documents.

Mr Freeman was Mr Tehrani’s best mate as a child growing up in Connecticut, USA and worked together alongside Mr Craven on their first online business endeavour, Primedice, a decade ago.

Mr Craven is Australia’s youngest billionaire and last year bought two mansions in Toorak, Melbourne for around $120million, including an $88million ‘ghost mansion’ which is believed to be Australia’s second most expensive house.

Mr Freeman claims he was unfairly cut out of the business and is suing the pair for $588million in damages in New York’s Southern District Court. 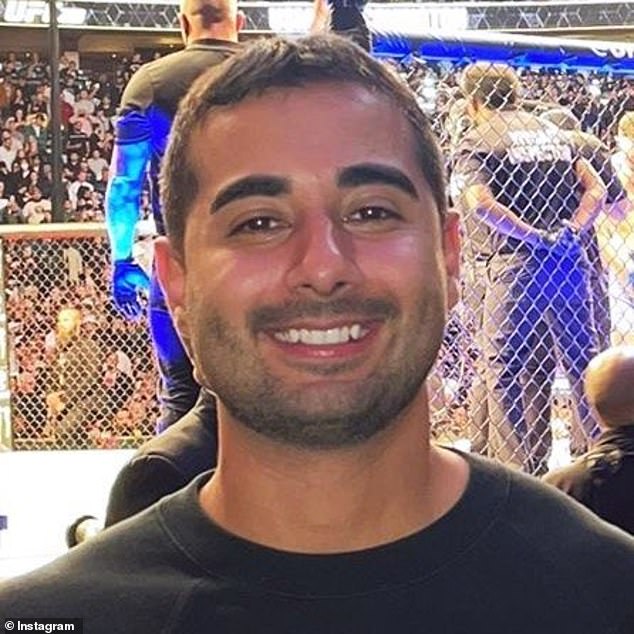 ‘Freeman is entitled to no less than a 20 per cent share in Stake.com in addition to the amounts past due to him from Primedice and in various alternative cryptocurrencies, which total an amount not less than $US200m,’ said an amended civil complaint by Freeman, filed in court recently.

After Primedice’s initial success in 2016, Freeman pushed the partnership to expand into other online cryptocurrency gambling games, he claimed in court documents seen by Daily Mail Australia.

Mr Freeman alleges that in 2016, Tehrani and Craven used the commercial opportunities that arose from the Primedice concept to turn it into Stake.com.

He launched civil court action in New York in August 2022, seeking $US400m in damages, alleging he was unfairly cut out of Stake.

Mr Freeman also accused the duo of offering numerous online gambling options, including a dice game which directly competes and takes value away from Primedice, on their Stake platform, according to court documents. 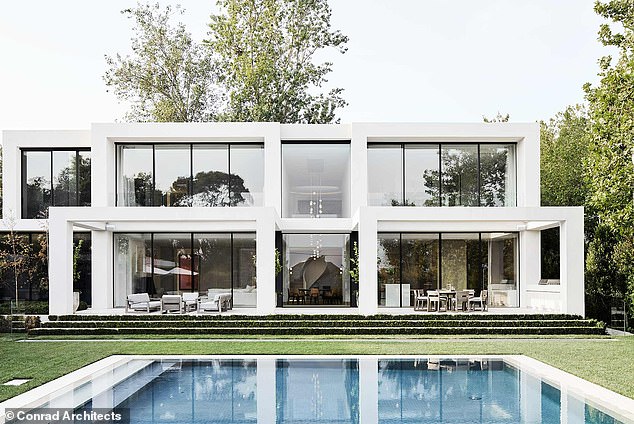 Mr Craven is Australia’s youngest billionaire and last year bought two Toorak mansions in Melbourne for around $120 million, splurging a rumoured $88million on an unfinished house in the ritzy suburb of Toorak, in what became Australia’s second most expensive home (pictured)

The court documents state that Freeman alleges he was told by Mr Tehrani and Mr Craven in August 2016 a virtual casino was too expensive to build and instead they planned to bring a fiat casino to Australia, and that if he wanted to be a part of it he would need to relocate to Australia.

WHAT IS A FIAT MONEY CASINO?

A Fiat Casino is an online gambling establishment that accepts and deals in fiat currency.

Fiat money isn’t limited to the paper and plastic you have on hand. In the same vein, the phrase can be applied to any digital transaction that functions as cash.

Therefore, ‘fiat casinos,’ refer to any and all online gambling sites that deal exclusively in fiat currency.

Mr Freeman declined to join them, as he is said to have believed a fiat money casino presented too many competitors and deemed it too risky.

It is alleged in court documents that Freeman was then excluded from the endeavor he was working on altogether. and that following his removal, the pair dropped certain compliance measures that were in place when Mr Freeman was involved.

Court documents also detail how Mr Freeman alleges after he was cut from the business, Mr Craven and Mr Tehrani introduced the use of geoblocking technologies that prevent gambling in prohibited jurisdictions like the United States.

It is also alleged the pair morphed the partnership into a complex and vague enterprise to assist their illicit dealings, documents claim.

In court documents, Mr Freeman claims he would not have flouted the online gambling bans if he was involved and had long believed Mr Craven and Mr Tehrani were ‘too loose’ with government compliance.

‘Not only is Stake.com availing itself to the markets in the U.S. and New York, but in its effort to penetrate those markets, it is apparently unconcerned with taunting regulators who want to prevent illegal online gambling in the United States,’ Mr Freeman said in court documents.

Mr Freeman alleges despite a prohibition on cryptocurrency gambling in the US, both Mr Craven and Mr Tehrani target customers by marketing Stake.com through their ‘social casino’ subsidiary website Stake.us, where games are played for fake prizes, court documents state. 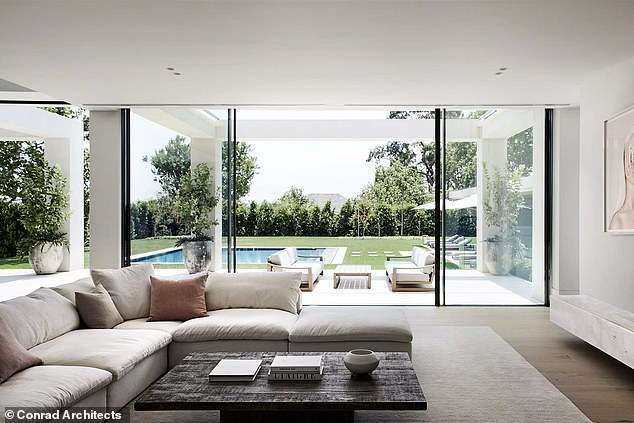 Mr Freeman alleges in 2016, Tehrani and Craven used the commercial opportunities that arose from the Primedice concept to turn it into Stake.com (pictured: Mr Craven’s home in Toorak) 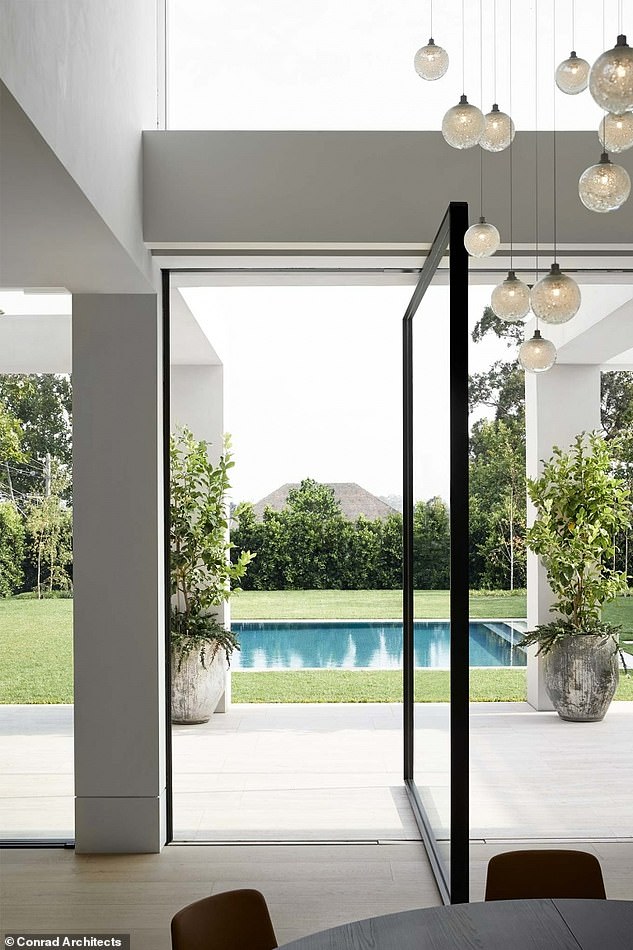 Mr Craven’s net worth is underpinned by the success of Stake, with the site seeing an average of $US400m wagered in the form of bets every day, according to statistics from The Weekend Australian Magazine in October

He also makes the claim that they have online explanations and videos on how to use a VPN and mirror sites which would allow users in countries such as the US and Australia to access Stake’s website, documents state.

Freeman also claims the pair entirely blocked his access to their first online endeavour Primedice, freezing him out completely despite assurances that he retained a partnership share.

As a result he alleges he was blocked from any payments owed as well as any interest in Stake.com which was based on his idea for a cryptocurrency-based casino that also incorporated part of the Primedice game.

Freeman says from 2016 to now, Mr Tehrani and Mr Craven violated their agreement and therefore is seeking damages amounting to $558million.

The huge damages bill was justified by Freeman claiming to have suffered multiple instances of fraud, his ideas of a cryptocurrency casino being taken and his ‘prospective economic advantage’ being interfered with.

Lawyers for Mr Craven and Mr Tehrani previously stated the court action is ‘provably false’ and ‘utterly frivolous’, making it clear they intended to strongly defend the case. 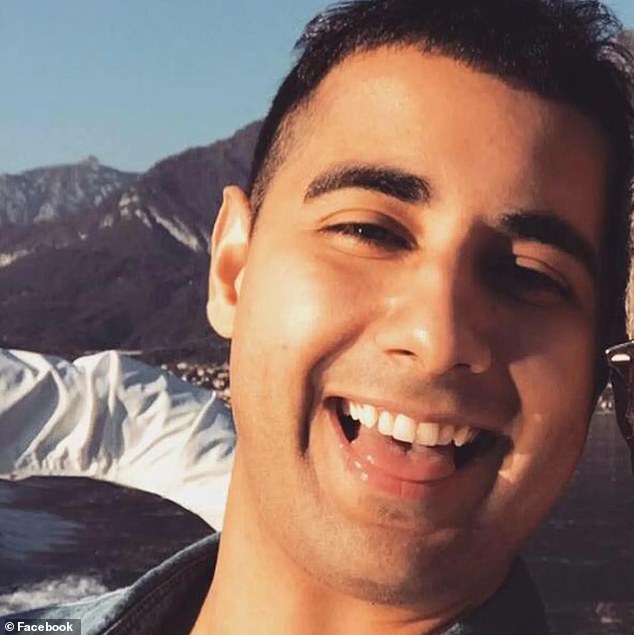 Lawyers for Mr Craven and Mr Tehrani (pictured) previously stated the court action is ‘provably false’ and ‘utterly frivolous’, making it clear they intended to strongly defend the case

Mr Craven’s net worth is underpinned by the success of Stake, with the site seeing an average of $US400m wagered in the form of bets every day, according to statistics supplied to The Weekend Australian Magazine in October.

In an interview at that time, Mr Craven and Mr Tehrani claimed they were on track to make $1bn in profits by the end of 2022.

While they both live in Melbourne, their business is regulated through the Curacao in the Caribbean.

The business partners have previously said they are planning on applying for licenses to run sports betting sites in regulated markets, which include Australia.