A young mother with a four-week-old baby and a seven-year-old daughter has been forced to couch surf for nearly two years amid Queensland’s social housing crisis.

Amie Rabinski said her older daughter was finding it hard to adapt to their new living situation and that it was stressful not having her own home.

The Logan mother said she had been deprived of enjoying her second pregnancy because the process of finding permanent accommodation had been so draining.

‘Throughout the whole pregnancy I definitely felt deprived. You know, I didn’t have much time to really enjoy it,’ the mother-of-two said.

‘There was a lot to the pregnancy that I didn’t really like.’

‘Yeah, I’m fine, mentally, but it is very draining and explaining it to a seven-year-old child is not easy. They don’t understand much at that age.’

Aimee McVeigh, the CEO of Queensland’s Council of Social Service, said the housing crisis affecting tens of thousands of Queenslanders was an ‘unacceptable situation’.

‘It is a wet day in Brisbane and we are expecting a really wet weekend and yet tens of thousands of families are waking up in tents, in cars, and in hotel rooms getting ready for work, getting ready to go to school, and you’re right Amie, it is impossible to explain this to children,’ she said.

The number of Queenslanders on the state’s social housing register has ballooned to 46,000 – a rise of 78 per cent in the last four years.

The state government this week announced an additional $1billion would be invested in the state’s social housing fund. 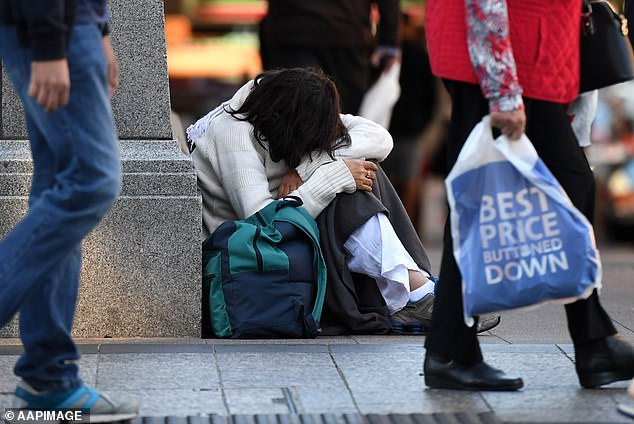 The number of Queenslanders on the state’s social housing register has ballooned to 46,000 – a rise of 78 per cent in the last four years (pictured, a homeless woman in Brisbane in 2017) 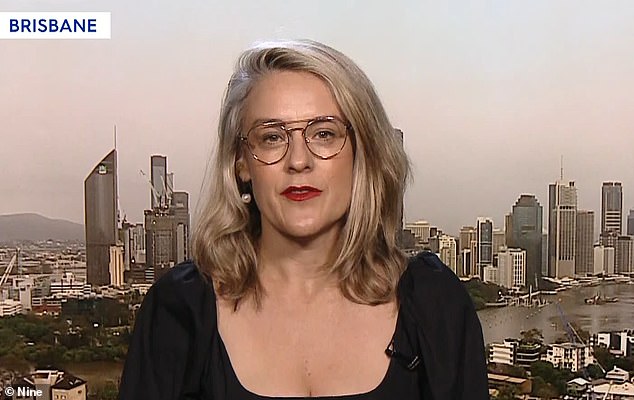 Aimee McVeigh, the CEO of Queensland’s Council of Social Service, said the housing crisis affecting tens of thousands of Queenslanders was an ‘unacceptable situation’

The state government on Thursday will host an affordable housing summit with a proposal to for hotels and motels to be repurposed to provide accommodation for the thousands who are currently couch-surfing, sleeping on the streets, or in their cars.

Ms McVeigh said she wanted to see Queensland Premier Annastacia Palaszczuk commit to a roof over the head of every Queenslander by 2032.

‘This is really positive news. When you add to it the existing level of investment, it means that the government will build around 2,300 new social housing dwellings each year for the next five years,’ she said.

The CEO warned the investment wouldn’t accomnodate for the growing number of people on the social housing register – with 7,300 added in 2021 alone.

She said the state government would have to double the investment they currently planned to deliver and build 5,000 social housing dwellings per year for 10 years.

Queensland single mother Danni Cox, 45, earlier this year called on the state government to do more to battle the dire housing crisis in Queensland.

Ms Cox and her two boys Zach, 15 and Jordan, 12, became homeless for the first time after they were evicted from their home in Beenleigh. 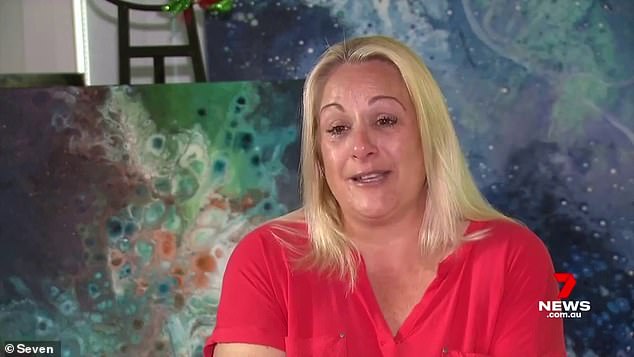 Ms Cox has applied for more than 300 properties in recent months without any luck, despite her perfect rental history and references from previous landlords.

The situation has gone beyond desperate, we can’t be homeless for any longer,’ the mother-of-two told Daily Mail Australia.

‘Homelessness is no longer a viable option. My youngest son is half-deaf and autistic, so he’s not coping at all at the moment, which is heartbreaking to see.

‘I have friends’ places where we sleep in their driveways. There’s one park in the area where you can stay for three nights but then have to move on, so we’ve done that a few times.’

In July, the Queensland government vowed to review the social housing register following the release of a scathing report by Auditor-General Brendan Worrall.

Of the 30,000 families waiting for social housing, it’s estimated almost 12,000 will still be on the list in three years time. 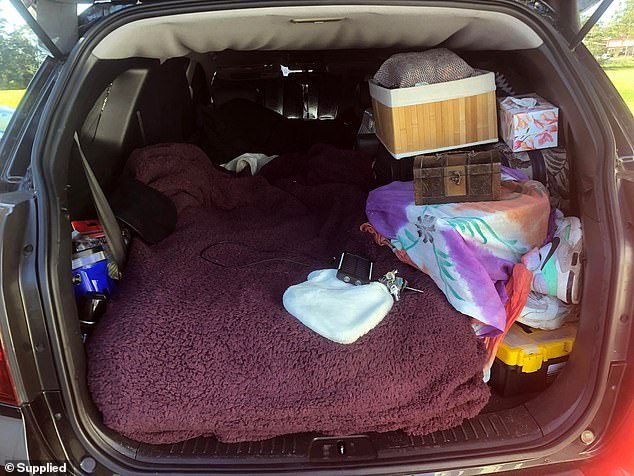 ‘The 6,365 builds planned to commence by 2025 will help to increase social housing supply, however it will not be enough to keep up with increasing demand.

‘These dwellings alone will not be sufficient as growth of the register is likely to accelerate with rising interest rates and a tightening rental market.’

Ms Palaszczuk has previously blamed the housing crisis on higher interstate migration to Queensland, supply shortages in the private market and inflation.

‘So this is a very complex issue, but it’s one that we of course are taking very seriously,’ she told reporters in July.

‘You know, there’s added pressures at the moment. We’re building houses as quickly as we can, but we also have to compete with the private market.’