Australia’s border will be officially flung open by the end of the year to any states willing to accomodate overseas flights.

Fully vaccinated Australians will be able to pack their bags for an international holiday before Christmas, and will only have to home quarantine for seven days.

There will likely be no travel bubbles imposed, with double-jabbed residents free to fly to any country anywhere in the world, 9 News reported.

Australia’s international border will be officially flung open by the end of the year to any states willing to take overseas flights (pictured, a Qantas plane takes off in August) 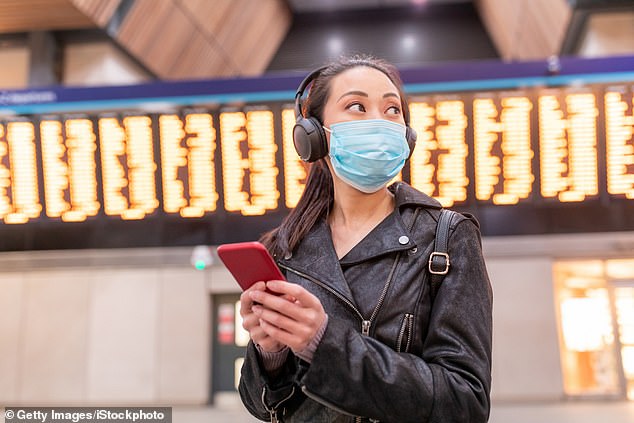 There is currently no plan to categorise overseas destinations with green, orange and red status as done so by other countries.

The international border will only reopen for the fully vaccinated with travellers mandated to spend seven days self-isolating at home on their return.

Aussies have been banned from leaving the country for holidays since March 2020 and anyone returning must pay up to $2,800 for two weeks of hotel quarantine.

As of Monday, 76 per cent of eligible Australians had received one dose of a Covid vaccine while 51 per cent were fully vaccinated.

Flagship airline Qantas has already confirmed Australians can pack their bags for an overseas holiday from December 18. 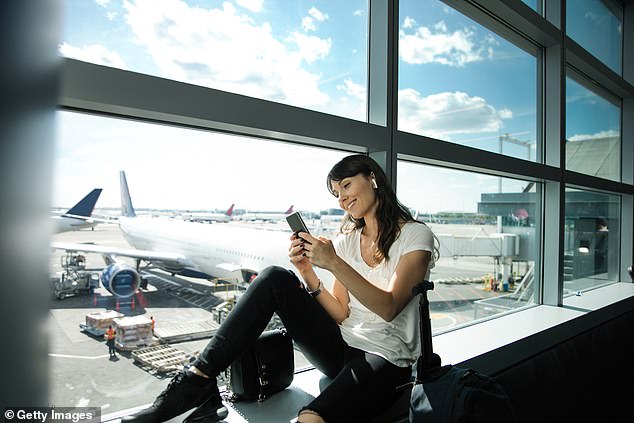 There will likely be no travel bubbles imposed, with fully vaccinated Australians free to fly to any country anywhere in the world (stock image)

Where will you be able to jet off overseas this December? 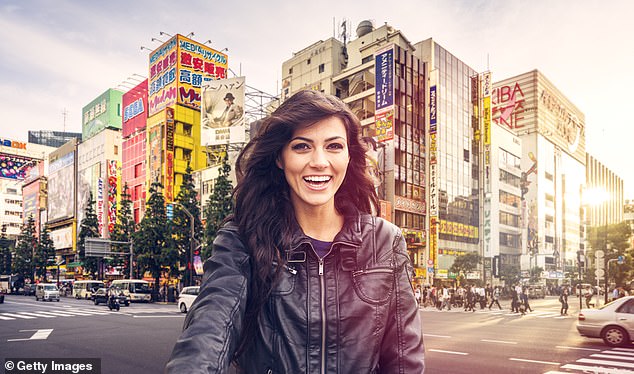 Australia is currently in talks to set up quarantine-free travel bubbles with the UK, US, South Korea, Singapore and Fiji for the double-jabbed (stock image)

The airline recently provided the exact date holiday-hungry residents can book flights to popular destinations like the US, UK, Canada and Singapore.

Biosecurity laws banning outbound travel without an exception will end on December 17 – the day before flights are set to resume.

Qantas has scheduled flights to London, Los Angeles, Vancouver and Singapore to commence from December 18.

Australians will additionally be able to pack their bags for a highly-anticipated holiday to Tokyo and Fiji from December 19, and Hawaii the following day.

Qantas announced its plans to gradually bring back overseas flights once 80 per cent of the over 16s are fully vaccinated against Covid-19 in accordance with the national plan.

The airline said it expected the country to reach that target in December – triggering the re-opening of international borders as part of ‘Phase C’ of the federal government’s path to pandemic normality.

Flights to cities in Asia and South Africa with low vaccination rates and high Covid-19 case numbers will likely remain off the cards until at least April 2022. 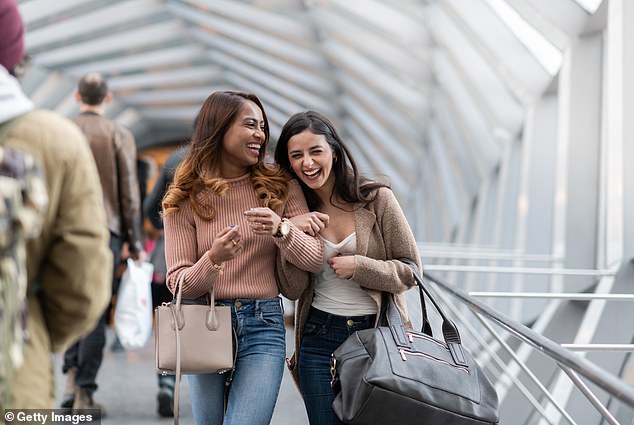 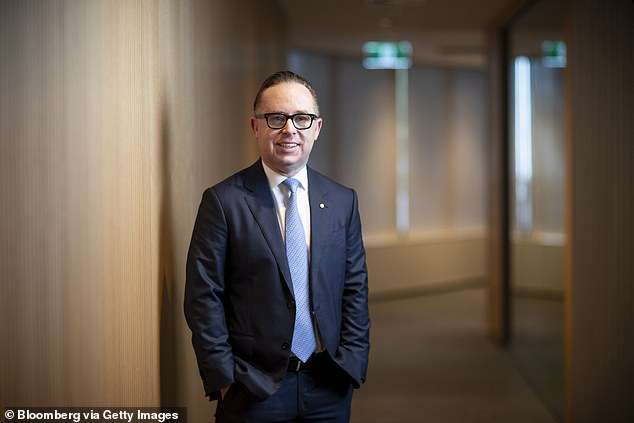 However, Hong Kong could be a viable holiday destination from February 2022.

The airline is preparing to restart flights between Australia and New Zealand from mid-December as long as the trans-Tasman bubble had re-opened by then.

Mr Joyce said the mandate was intended to protect those passengers who were fully vaccinated, as the jabs reduce the chances of catching and transmitting the virus.

‘Qantas will have a policy that internationally we’ll only be carrying vaccinated passengers,’ the chief executive said.

‘Because we think that’s going to be one of the requirements to show that you’re flying safe and getting into those countries.

‘We’re hoping that can happen by Christmas.’ 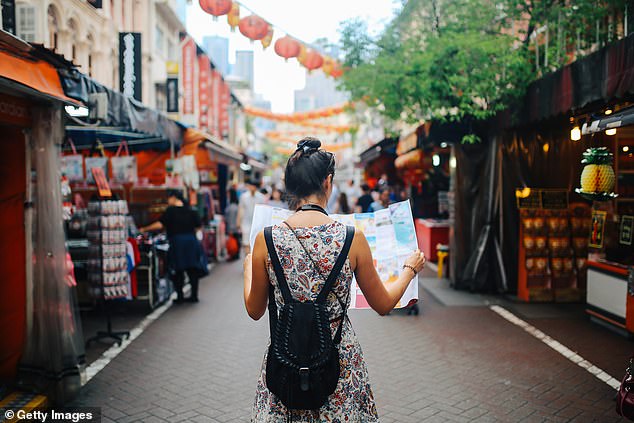 Last week, Minister for Trade and Tourism Dan Tehan delivered some welcome news to holiday-hungry Australians and confirmed the nation was on track to lift travel restrictions this year.

‘I do empathise with the Australians who have been denied the opportunity to travel overseas this year. It’s another reason why everyone should get vaccinated,’ he told the National Press Club on Wednesday.

‘We have to stick to the national plan that will see our international border open up – at this rate by Christmas at the latest.’

The minister said Australia was currently in talks with several countries with high vaccination rates to consider mutual quarantine arrangements.

Meanwhile, NSW is currently running a home quarantine trial of 100 international arrivals, and provided there are no hiccups that will be instituted for all returning Australian citizens and visa holders.

‘We are still getting health advice on whether it is 7 or 14 [days’ quarantine]. The trial is for a seven-day period,’ Ms Berejiklian said on Monday.

It comes after Prime Minister Scott Morrison has said self-isolation at home would become the ‘primary and viable method’ for Australians undergoing quarantine.

Participants must have received both doses of a Covid-19 vaccine accredited by the Therapeutic Goods Administration and will be pre-selected for home quarantine. 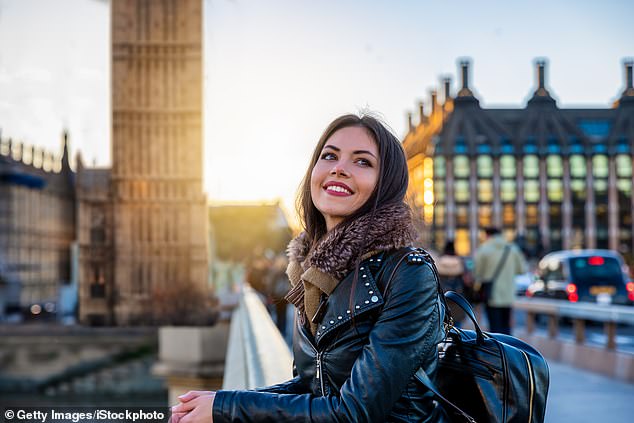 Australian airline Qantas has confirmed holiday-hungry residents can pack their bags for an overseas holiday, with flights scheduled from December 18 (pictured, a tourist in London) 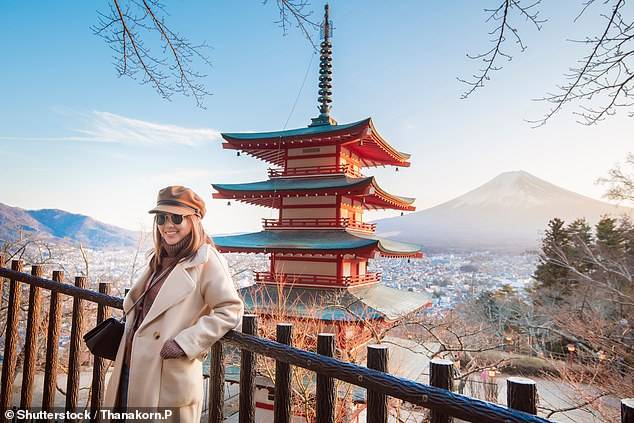 Australians will be able to pack their bags for a highly-anticipated holiday to Japan (pictured) and Fiji from December 19, and Hawaii the following day (stock image)

Travellers will be chosen from a range of different accommodation types, age groups and family situations to ensure the trial represents the wider population.

Qantas air crew will also take part in the trial, which the minister said was a ‘logical’ decision given flight staff work on tight turnaround times.

The premier also urged other states to consider opening up to NSW residents.

Queensland and Western Australia are pursuing Covid elimination strategies and have suggested keeping their borders closed to those states – namely NSW and Victoria – where the virus circulates.

‘I don’t want to it be the case that I will be able to go overseas before I can go to Perth,’ Ms Berejiklian said.

‘I hope Australia will open up together once we get to those double dose figures and we will be able to, as one nation, move freely within our own country as well as have the opportunity to go overseas.’