Australians have woken up to an icy morning as the country is lashed by two jet streams that have pooled cold air over the eastern seaboard.

The cold Antarctic air has been dragged north by a pend in the polar jetstream – a band of wind that continuously flows about 8 to 15km above sea level.

Icy gusts are lashing the east coast and snow is dumping just outside of Sydney and in south-eastern alpine region as the polar jetstream clashes with the separate subtropical jetstream.

It comes as residents of Melbourne and Canberra experience temperatures in the single digits – with the nation’s capital hitting just six degrees on Wednesday morning and Melbourne nine degrees, with the mercury set to rise throughout the day. 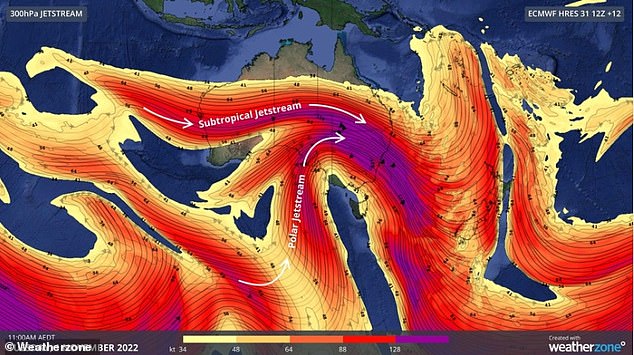 Antarctic air has been dragged north by a bend in the polar jet stream, which has clashed with the sub tropical jet stream

The state’s central west is expected to bear the brunt of conditions with snow possible above 800 metres around Lithgow, Orange and Bathurst and more rain will flood already swollen creeks and catchments.

Lighter snowfall will extend further west, while many areas in NSW will have a maximum temperature 10 to 15 below normal.

NSW Minister for Regional Transport and Roads Sam Farraway warned motorists in the region to take care with wet and icy roads.

‘The recent extreme weather has badly damaged roads right across the state’s network and the forecast of more rain and possible snow only adds to our concerns,’ he said.

‘The potential for snow and black ice on roads across the Central West will create additional road hazards.

‘Some areas across the state’s west have received no rainfall for days but we are not yet seeing floodwaters recede.’ 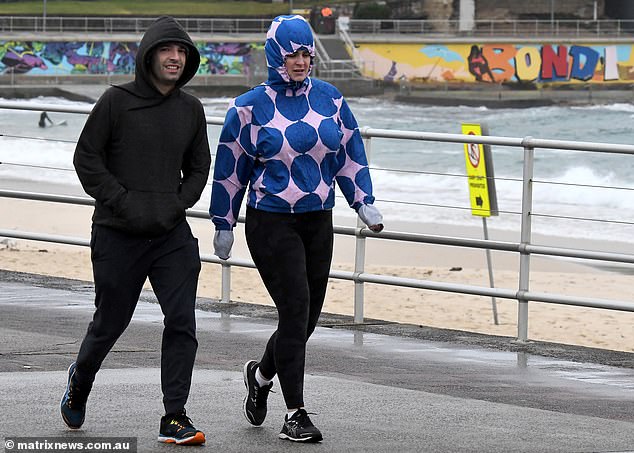 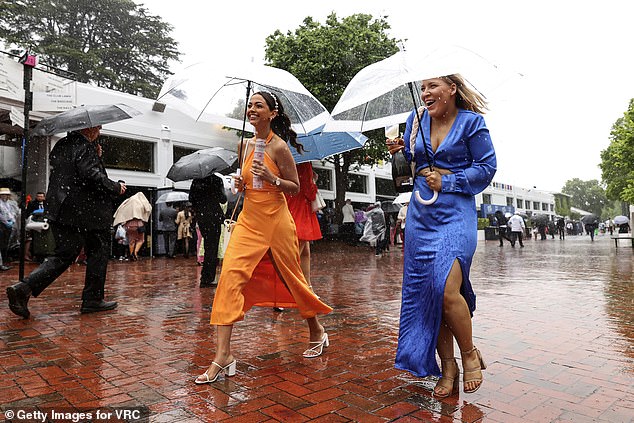 Temperatures have plummeted to single digits in Canberra and Melbourne (Pictured, Racegoers at Flemington Racecourse for the 2022 Melbourne Cup brave the rain)

A dangerous mix of weather was created by the two jet streams clashing over the country due to the contrast in air mass density and temperature.

The polar stream is bringing cold air from the Antarctic while the subtropical sends through warmer air.

Severe weather warnings for damaging winds have now been issued for parts of Queensland, NSW and South Australia.

Flood warnings are also in place across regions in east and south-east Australia as the wild weather produces heavy rain.

Major flooding is expected at Coonamble and Nanami in NSW on Wednesday, and on Friday at Forbes which copped a deluge last month. The Bureau of Meteorology also expects major flooding on the Bogan River. 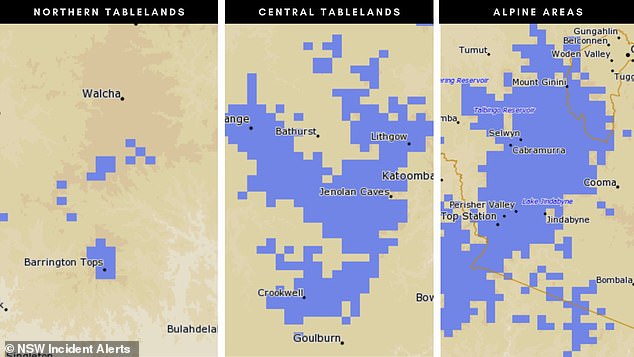 The heaviest snowfall has been in the central west and south-eastern alpine regions. The NSW Minister for Regional Transport and Roads has warned drivers to be careful of icy roads 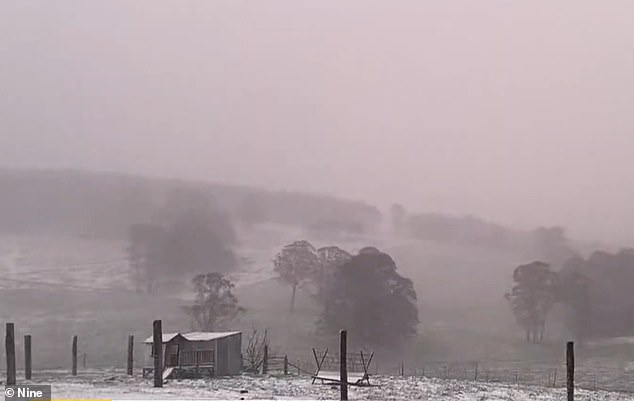 The central west is expected to bear the brunt of conditions with snow possible above 800 metres around Lithgow, Orange and Bathurst

More than 90 SES hazard warnings are current for NSW with 48 flood rescues carried out and nearly 760 requests for assistance.

Evacuation orders are in place for residents in Moama, Mathoura, Cowra and Tumut.

‘The worst of the weather should be today and tomorrow with damaging winds, snowfall and showers.’

‘The high pressure system will settle the weather over the following days in the south-east.’

She added that the jet stream was already moving past the east towards the Tasman Sea.