EXPRESS INFORMER > News & Politics > Australians in Bali: Indonesia warns it they will deport tourists caught being a ‘public nuisance’

Grim warning for Aussies in Bali: How this burnout video could be the last straw for frustrated Indonesians who are fed up with rowdy tourists – as clips showing VERY unruly travellers sweep Facebook

Some locals were enraged when a video of a heavily-tattooed tourists doing donuts in the middle of a Seminyak street while chanting ‘what happens in Bali, stays in Bali’ went viral recently.

Traffic and locals on the street were forced to wait while the Burberry-clad man carelessly paraded around on his rented bike.

Frustrated Indonesian officials said the video was the last straw for inconsiderate tourists and warned they wouldn’t tolerate any more outlandish behaviour.

The head of Ngurah Rai International Airport Immigration Agency, Sugito, warned on Wednesday that his office will ‘intensify surveillance of foreign nationals, especially those who make trouble in Bali’, local media reported.

‘If proven to have committed a violation, Immigration … will not hesitate to deport the foreigner concerned.’

Tourists deported out of Bali are typically banned from re-entering the island or anywhere on Indonesia for a specific time, usually six months, which is often extended.

Even once the ban is lifted, deportees will have a hard time returning to Indonesia.

Hundreds of videos have flooded onto social media with embarrassing clips of Aussies acting up in the holiday hotspot after Bali reopened to tourists in February. 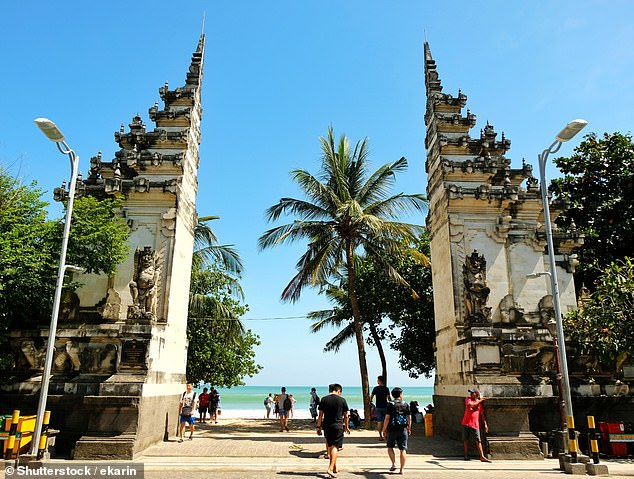 If a tourist is deported from Indonesia they will have a very hard time ever entering the country again (pictured, Bali) 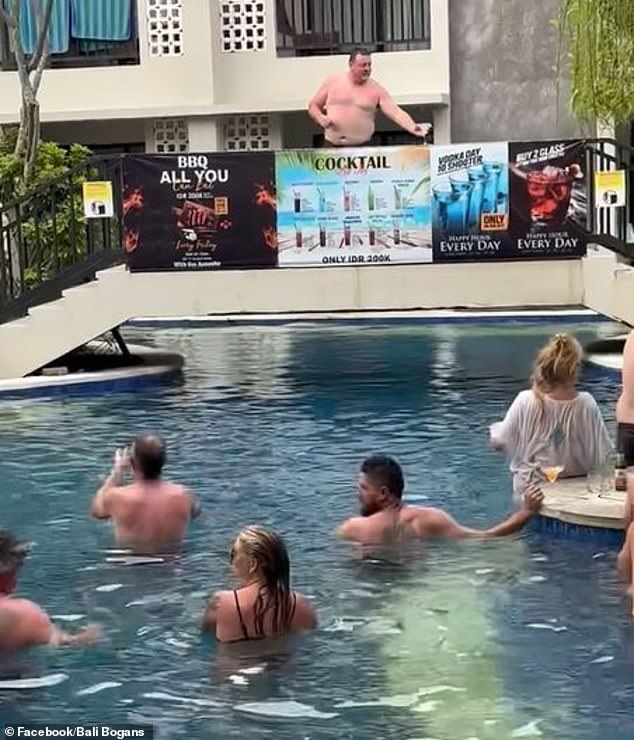 Earlier this week, footage of an Australian man sipping on a cocktail while belting ‘Sweet Caroline’ at a resort pool gained more than 1,000 reactions on Facebook.

The clip showed the shirtless man standing in front of the pool and singing while others joined in, seemingly unaware about other guests in the resort hoping to relax in silence.

Separately, fellow Bali tourist Tanieka Monti said she was shocked to see how ‘rude’ Australians were to locals.

‘I cannot stand one thing and that is rude Australians,’ she wrote on Facebook. 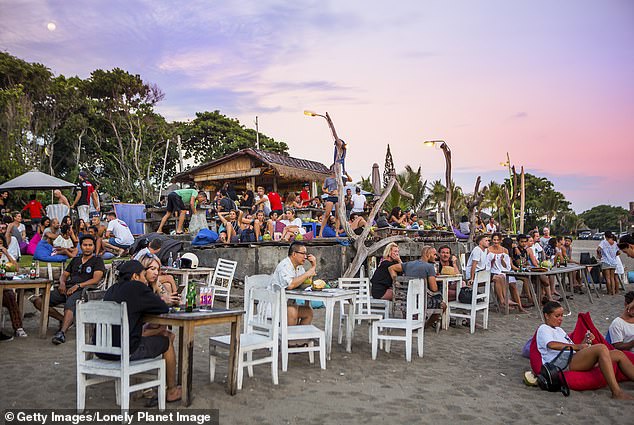 ‘I’ve caught myself giving the death stare and mentioning to groups of Aussies how rude it is to talk to people the way they are. They’re nothing but disrespectful and utterly rude to the local Balinese people.

‘It disgusts me to think that they might have a perception of Australians that is only a representation of very few disgusting Aussies.’

Her posts sparked outrage from other frustrated Australians.

‘Yes I witnessed two women being so rude to a handbag seller,’ one person wrote.

‘When I called them out I got, “this is our second home”…That phrase pisses me off big time, 30+ trips for me but never throw off about that. 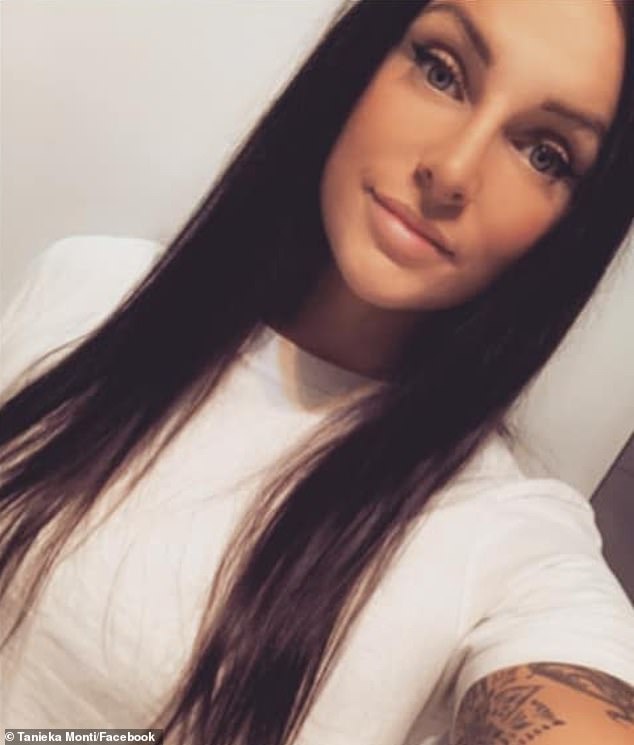 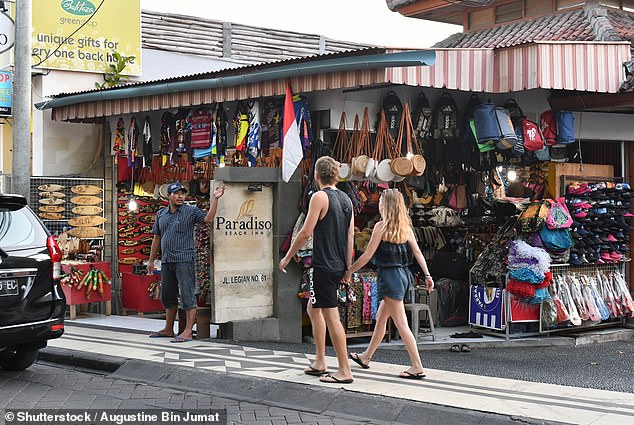 ‘Just because you visit there a lot gives you no special entitlement – especially bad manners! It’s the Balinese home, we are visitors no matter how many times you’ve been.’

Another said: ‘It’s so embarrassing. I was at a restaurant yesterday and this old guy sitting there no shirt having beers and lunch. I mean is it that hard to put a shirt on mate? Gross.’

Australians make up more than a quarter of all tourists in Bali but many insist the problems are the actions of a few ‘bad eggs’.

‘Fortunately they are the minority, and locals love and appreciate Aussies and vice versa,’ a Bali tourist said.