Australians will be hit with a 22-cents-a-litre increase to their petrol costs in September when the fuel tax returns to its normal rate.

The former Coalition government slashed the 44-cents-a-litre duty in half as a temporary measure in the March 29 Budget to tackle the increasing cost of living.

The temporary fuel excise cut will run out on September 28 and the new Labor government has declared it will be ‘very difficult’ to extend it further – despite inflation continuing to surge.

Australia’s headline inflation rate reached 5.1 per cent in the first quarter of the year and is expected to increase again in the second.

Australians will be hit with a 22-cents-a-litre increase to their petrol costs in September when the fuel tax returns to its normal rate. Pictured: A driver fills up in Sydney

The six-month cut meant a net loss to the Budget of $2.9billion and new Treasurer Jim Chalmers feels this is too high to repeat with the debt approaching $1trillion.

Both the Coalition and Labor said they would not extend the cut during the election campaign.

That means motorists will likely be slugged with a 22-cents-a-litre increase in September.

A family filling up two cars once a week will be paying $30 more per week, or an extra $780 over six months.

‘If there’s more that we can responsibly do, we will, but people shouldn’t assume that the cost of living relief that was in the Budget earlier in the year will continue forever,’ he said.

‘We said that before the election. We were upfront about it… That’s still our position.’ 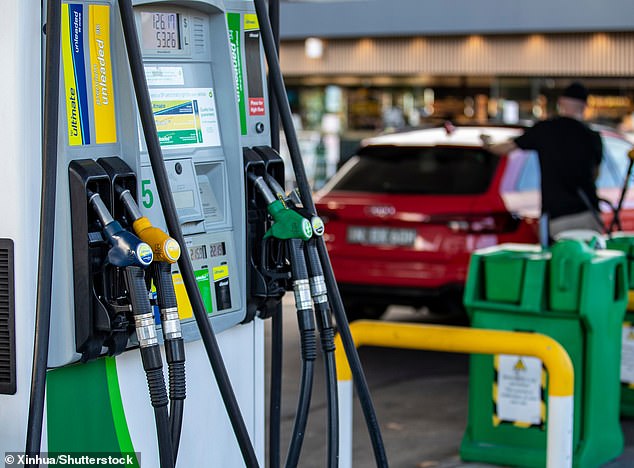 Dr Chalmers said there may be other cost of living relief measures in his October Budget, but the fuel cut would likely end as planned.

According to the NRMA weekly fuel report released on Monday afternoon, the highest Sydney prices for E10, Premium 95 and Premium 98 reached 206.4, 224.5 and 230.1 cents per litre respectively. 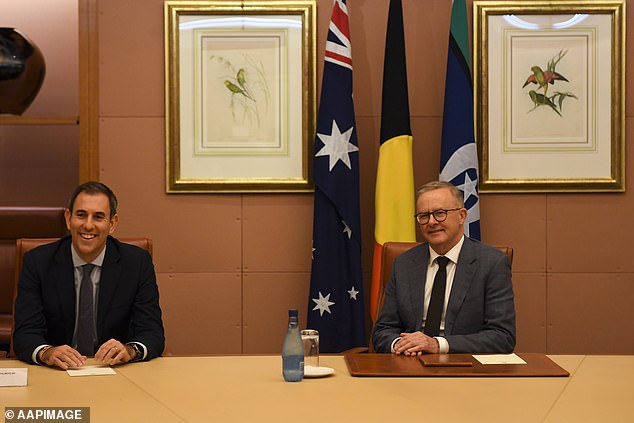 The six-month cut meant a net loss to the Budget of $2.7billion and new Treasurer Jim Chalmers (left with Anthony Albanese) feels this is too high to repeat with the debt approaching $1trillion

Truckies are warning of an ‘imminent collapse’ to the nation’s supply chain after their fuel tax credits were taken away in the March 29 Budget.

Before March 30, companies could claim a 17.8 cents-per-litre tax break for fuel used in heavy vehicles for travelling on public roads.

But this break was taken away until 28 September.

In a survey conducted by the South Australian Road Transport Association, 57 per cent of the state’s truck companies said they would be bankrupted by the ‘disastrous’ policy. 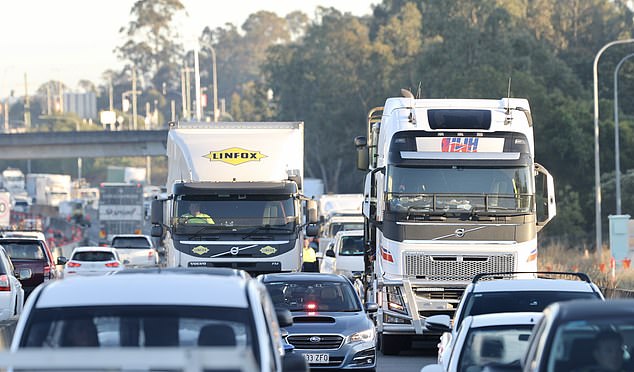 ‘The former Coalition government made a disastrous and ill-advised decision on the run to abolish the fuel tax credit payable to truck operators to fund 80 per cent of the fuel excise cut,’ the association’s chief executive Steve Shearer told The Advertiser.

‘What that meant was that the taxpayer funded only 4.3c a litre of the 22.1c a litre cut in fuel tax and the truck industry funded the other 17.8c a litre in a sleight-of-hand move.

‘Truck operators claim the tax credit each quarter, ranging from $2000 to over $150,000, and no business can sustain the loss of such a significant portion of their funds.’

Mr Shearer said the supply chain was facing ‘imminent collapse’ because of the tax cut.