A 47-year-old Australian man has died in Bali after plummeting four storeys from his hotel room to the pool deck below.

The man was reportedly seen ‘staggering’ into room 403 at Haven Hotel in Seminyak, Bali, before falling from his balcony to the pool deck at about 8pm on Wednesday, local time.

Witness Sara Winata told CNN Indonesia she was on the hotel’s pool deck when she heard shouting and people banging on fourth floor windows around 7.45pm.

A 47-year-old Australian tourist died in Bali after falling four storeys from his hotel balcony to the pool deck below (pictured, Kuta nurses attempted to treat the man)

She then ran and told hotel security guard Ahmad Sopy and together they went up to the fourth floor where they reportedly discovered the noise was coming from room 403.

Ms Winata said the two of them were trying to get inside the room when they heard a loud noise from the pool deck below.

She said her and Mr Sopy went back down to the pool deck where they found the 47-year-old Australian. 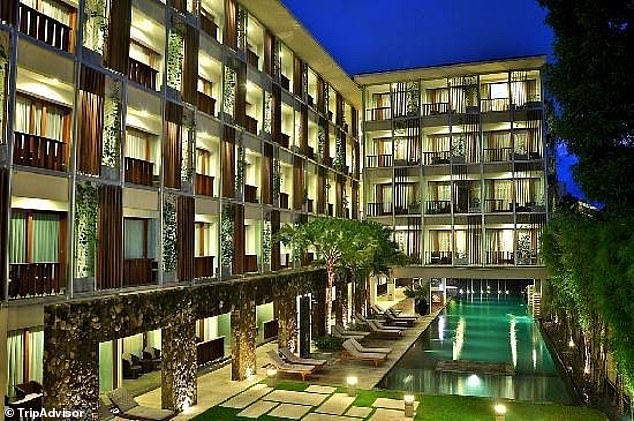 Balconies at Haven Hotel in Seminyak, Bali, look out on the hotel’s swimming pool and deck (above)

‘The guest of room 403, or the victim, was lying unconscious. When she looked at the fourth floor, the witness did not see anyone,’ Denpasar Police spokesperson First Inspector Ketut Sukad told CNN.

It is understood the man was booked to stay in the hotel from July 20 to July 25.

Mr Sukadi said Kuta Police was investigating the man’s death and have obtained CCTV footage of the man entering room 403.

‘The CCTV footage showed the victim staggering into the hotel room number 403 alone,’ he said. 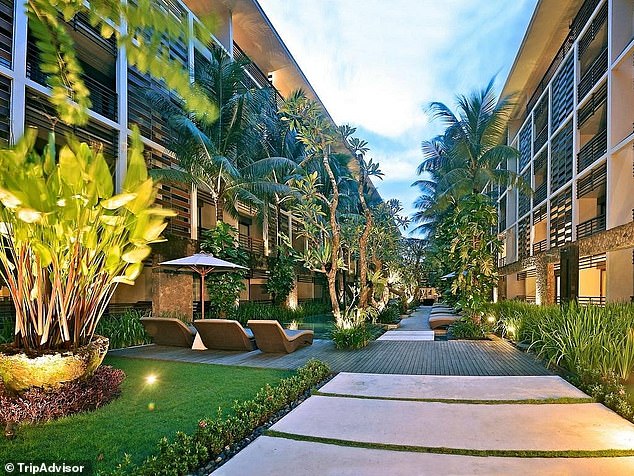 The news comes just weeks after Aussie tourist Joshua James Connell died after he fell 15m from his hotel’s pool deck in Phuket, Thailand, and landed on a tin cafe roof.

Mr Connell was seen balancing on the pool’s fencing just moments before his fall.