Tennis legend Margaret Court has broken her silence over the drama surrounding the ‘GOAT’ debate with the recently-retired Serena Williams, claiming the US star has ‘never admired her’ despite the fact she holds the record for most Grand Slam titles.

The 80-year-old is considered by many to be the greatest female player of all time (GOAT) after winning 24 slams and a total of 192 titles in an illustrious career.

Williams retired just one slam short of Court’s record, though bizarrely claimed in the lead-up to the US Open that she’d ‘already broken the record’, citing the fact 13 of Court’s wins came in the amateur era.

The Aussie has previously declined to comment on Williams’ assertion that she in fact was the greatest female player of all time, but enough was enough on Sunday.

Serena Williams (left) and Margaret Court (right), pictured together in 2016, are two of the greatest female tennis players of all time

‘Serena, I’ve admired her as a player, but I don’t think she has ever admired me,’ Court told the Telegraph.

When Williams bowed out of the US Open, and tennis altogether, last week; stars of all walks of life, be they movie, tennis or icons like Oprah Winfrey and Michelle Obama rushed to congratulate her on being the ‘greatest of all time’.

It was a rush of content unparalleled for a female athlete, with even US Open organisers flashing up ‘greatest of all time’ on the electronic tickers at the stadium. 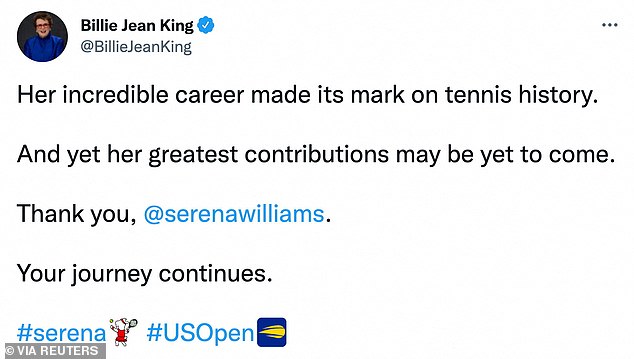 Female tennis great Billie Jean King, who supports Williams over Court, congratulated Williams after she retired after a US Open loss

Golfing legend Tiger Woods said Williams was the greatest of all time, and inspired a generation

Again, this is despite Court winning the most Grand Slams.

When you take into account her entire record at the Major events – singles, doubles and mixed – Court has won 64 matches to Williams’ 39, a huge difference between the pair on the biggest of stages.

Yet Court, and her outstanding record, have been completely glossed over and almost airbrushed from history over the past decade or so. 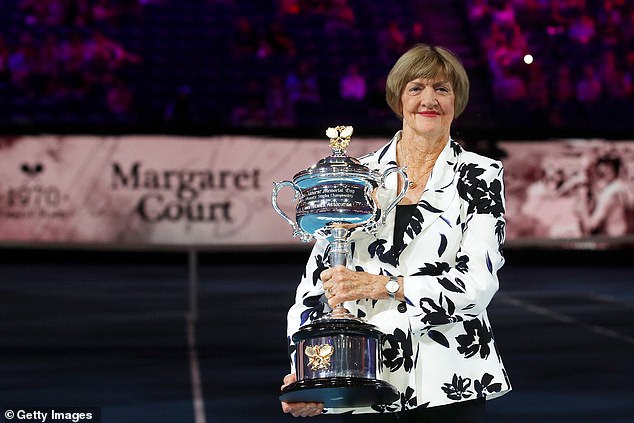 Margaret Court holds the Australian Open trophy, something she won 11 times, in 2020

This is likely due to her controversial and outspoken views, particularly after she tried to spearhead the vote against gay marriage being legalised in Australia, then announced she was boycotting Qantas because of their support for the LGBTQI+ community.

The Aussie tennis legend and Pentecostal Minister said she has copped ‘a lot of bullying’ over her beliefs; and while they are controversial and hurtful to many, they are not illegal, and certainly do not change what she achieved in tennis.

While fellow tennis great, and gay woman, Martina Navratilova called her views ‘frightening’, Court refuses to back down – and insists her beliefs should have no bearing on the ‘GOAT’ debate.

‘I became a Christian when I was No 1 in the world. You will never change me from that,’ she said. 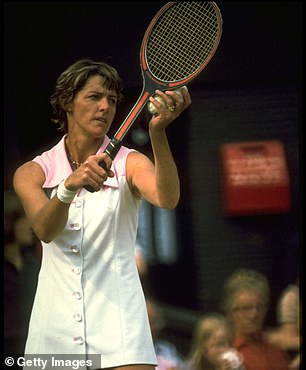 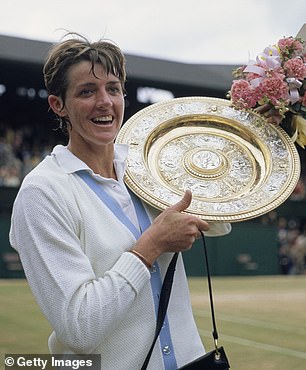 Margaret Court has finally broken her silence, insisting she should be declared the ‘GOAT’

One of Williams’ key points for why she should considered the greatest is that some of Court’s Slams were won before the ‘Open era’, where professionals and amateurs mixed.

‘There are people who say I’m not the GOAT (greatest of all time) because I didn’t pass Court’s record, which she achieved before the ‘Open era’ that began in 1968,’ Williams told Vogue prior to the US Open.

She also claimed that having a baby (her daughter Olympia is 5) destroyed her chances of winning more Grand Slams.

‘The way I see it, I should have had 30-plus grand slams. I had my chances after coming back from giving birth,’ said Williams.

‘I went from a C-section to a second pulmonary embolism to a grand slam final. I played while breastfeeding. I played through postpartum depression.’ 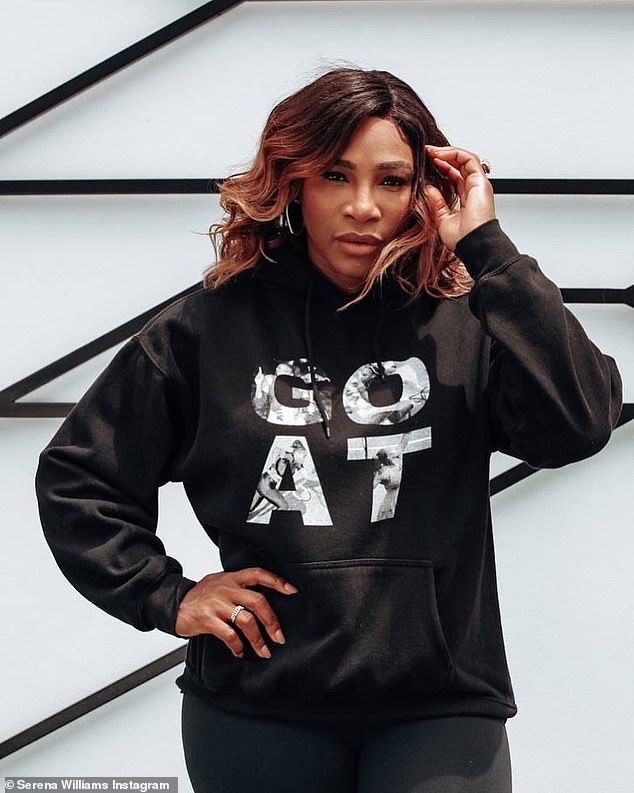 Serena Williams wears a custom-jumper with the anagram GOAT, which refers to Greatest Of All Time

Court refuted that argument, saying she too had children during her tennis career and would have much preferred to play in this generation.

‘I came back after two babies! ‘After having the first baby, I won three out of the four slams. And Serena hasn’t won a slam since,’ she said.

‘I would love to have played in this era – I think it’s so much easier. As amateurs, we had to play every week, because we didn’t have any money. Now, they can take off whenever they want, fly back whenever they want.

‘We would be away for 10 months. That’s why I first retired in 1965, because I used to get homesick,’ said a defiant Court.

It’s a debate that will probably never really be settled, with Court bemoaning the lack of respect current players pay (or don’t, in this case) to past greats of the game. 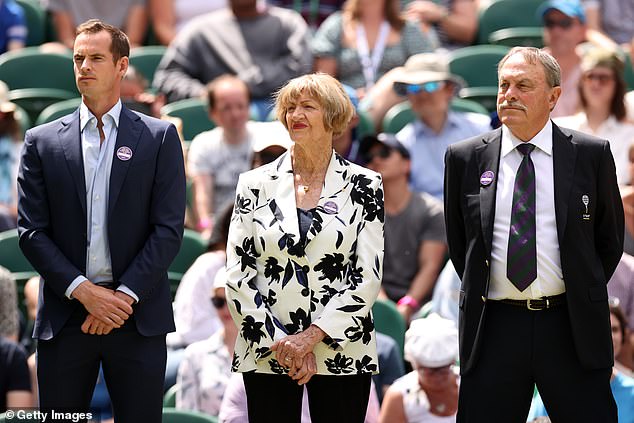 Margaret Court with Andy Murray (left) and John Newcombe (right) at Wimbledon celebrations in July. Court claims no one spoke to her at the event 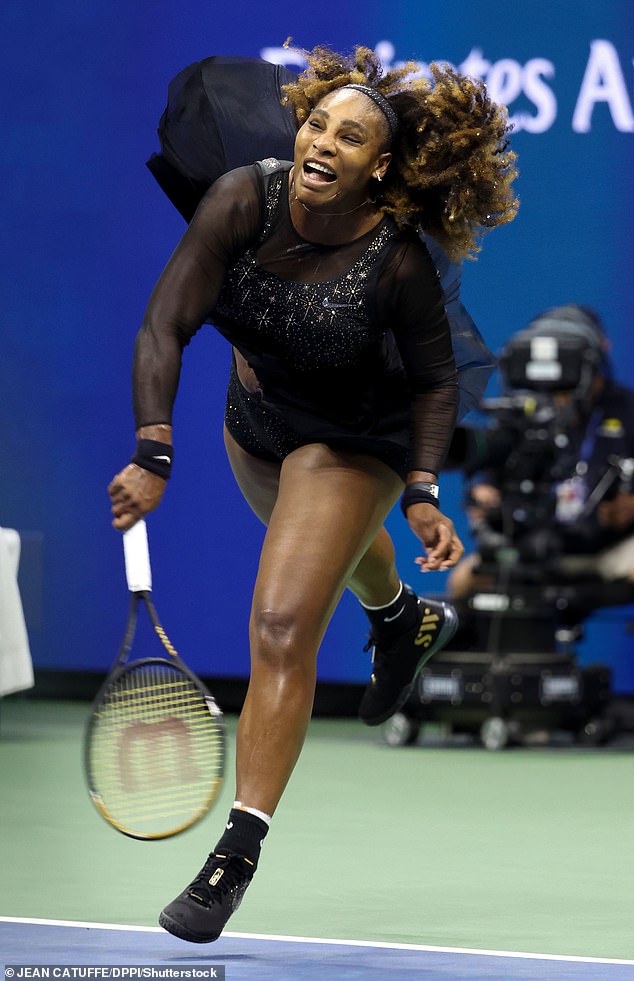 The US Open organisers introduced Williams as the ‘greatest female tennis player of all time’ before each of her games, and Court said they declined to invite her to the tournament, much like the French Open organisers.

Though she was invited to the Wimbledon centenary celebrations in July, Court claims ‘nobody even spoke to her’.

It seems tennis has decided Williams is the real ‘GOAT’ – but no one can take Court’s remarkable record away from her; those titles cannot be completely airbrushed from history.