Pick that one out! Australian starlet nets INCREDIBLE scorpion kick to give Under-23s the lead against Iran in the Asian Cup as young guns look to advance to knockout stages

Australia demonstrated the star quality that has made them one of the favourites to win the AFC Under-23 Asian Cup after striker Alou Kuol netted a stunning scorpion kick against Iran.

Trevor Morgan’s side, having beaten Kuwait in their opening Group B match, are looking to advance to the knockout rounds of this year’s competition in Uzbekistan, having finished third in the 2020 edition of the tournament.

And it was Stuttgart II forward Kuol who put the Aussies in front with an incredible effort that many young strikers dream of executing in their careers. 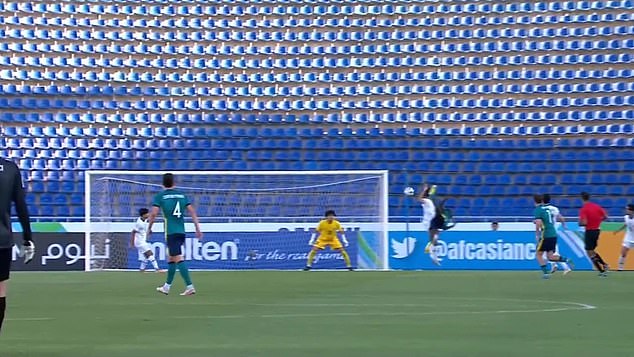 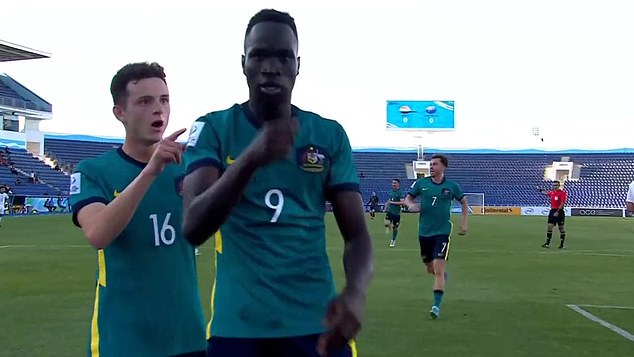 After good build up play in the final third, a cross was drifted in from the right hand side of the pitch. With the ball falling slightly behind him, the 20-year-old hooked his heel back and made contact with the ball, guiding it into the back of the net.

Kuol put pen to paper on a five-year contract with the Germans in 2021, signing on a free transfer after his deal with Central Coast came to an end. The 20-year-old scored seven goals in 18 games in 2021-22.

Former Rangers star Tony Vidmar was named Under-23 coach last month, and will take on the post after the Socceroos’ World Cup campaign comes to an end. 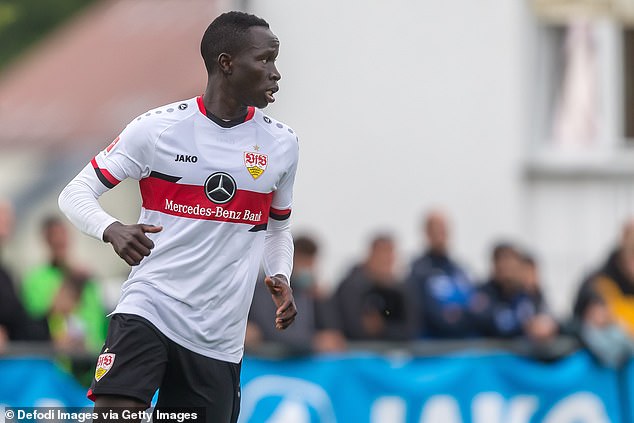 ‘I have been privileged in my life to have had a long association with the Olyroos, so it is a real honour to know that over the next two years I will continue to be involved with a program that is so crucial for Australian football,’ Vidmar said.

‘The Olyroos program provides a vital link between our youth national teams and the Socceroos, and the last cycle provided a great illustration of how players can progress to the senior national team, and even secure moves to top leagues abroad, by gaining international experience and exposure via the Olyroos.

‘While I won’t formally commence as Olyroos Head Coach until after the Socceroos’ World Cup campaign concludes, Trevor (Morgan) and I are already in regular contact about the program, players coming through the pathway, and the preparation not only for Paris 2024 but also the upcoming AFC U23 Asian Cup in Uzbekistan.’