Petrol prices at the pump will soon jump by 25c-a-litre as the fuel excise discount ends after Labor refused to extend it.

But drivers should be spared the financial pain of the astronomical prices seen earlier this year when the Russian invasion of Ukraine began, pushing average unleaded prices above $2 a litre.

The former Morrison Government halved the fuel excise from 44.2c to 22.1c-a-litre in March for six months as prices skyrocketed but new Prime Minister Anthony Albanese’s Labor government has declined to extend the relief, which cost $3billion.

Mr Khoury said GST would add another 3c-a-litre to the cost, pushing prices back up by 25c-a-litre at the bowser.

‘The excise is added at the wholesale level so we won’t see an increase immediately, retailers need to buy more stock and pass on the hike to customers,’ he said.

‘It depends on how quickly retailers sell what they have, which could be a few days or up to two weeks.

‘Urban areas will go through their product quicker and regional areas will follow.’ 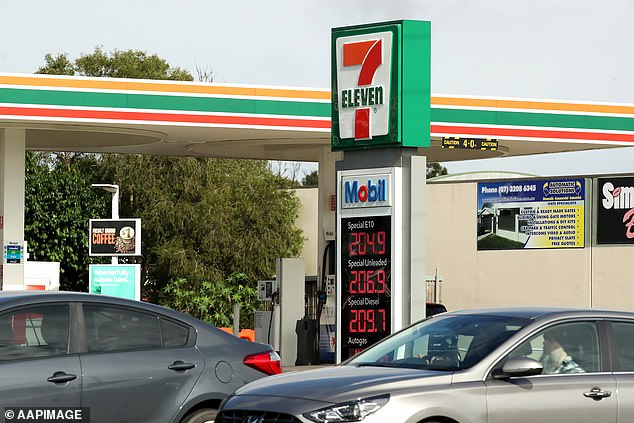 Federal Treasurer Jim Chalmers said on Tuesday there was ‘no reason’ for service stations to ‘jack up their prices’ on the same night the excise went back up.

He pointed to 700 million litres of fuel stored around the country that was bought at the lower price.

‘We don’t want service stations to treat Australians like mugs so we’re watching this closely.’

Dr Chalmers vowed the Australian Competition and Consumer Commission would be looking out for price gouging.

‘The reason that we’ve maximised the ACCC’s role in all of this is we want to make sure there’s not dodgy behaviour going on,’ he said.

‘We’ve been working closely with the servos and suppliers to understand that there are hundreds of millions of litres of fuel underground in tanks that was purchased at the lower price and so the ACCC and the government expect that the price of petrol shouldn’t shoot up at the bowser on Wednesday night by the full 23 cents if the normal market pressures are in operation.’ 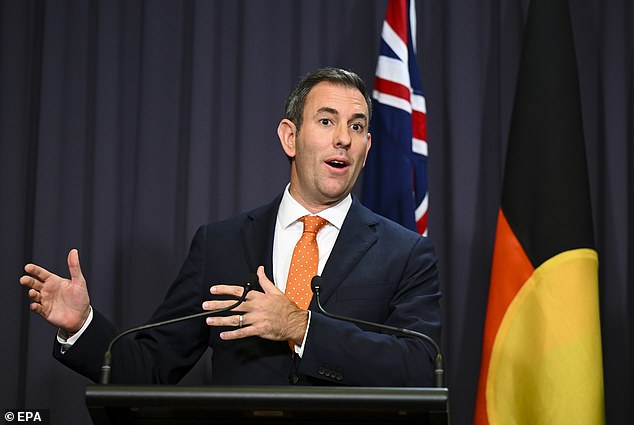 Mr Khoury said it was a ‘difficult decision’ to not extend the tax cut but his focus was on ‘responsible budgeting’.

‘We’re under no illusions it will be difficult for people (but) I think most people understand that the budget can’t afford to keep the excise cut going forever,’ he said.

Mr Khoury said prices would rise but they shouldn’t reach the levels seen earlier this year when fuel rose to more than $2.20-a-litre.

‘There’s been a positive trend with the international benchmark price,’ he said.

‘What pushed the prices up was global supply being affected by Covid supply chain issues along with Russia’s invasion of Ukraine and the associated sanctions on Russian oil.

‘There no shortage of fuel for Australia it’s just expensive, the market is volatile but those spikes earlier this year came down pretty quickly.’

Some economists criticised the fuel tax relief when it was introduced in the federal government’s budget citing the huge loss in revenue, estimated at $3 billion by Treasury.

Australia has also joined the G7 in imposing a price cap on Russian oil in a bid to limit Russian President Vladimir Putin’s ability to finance the war in Ukraine.

The fuel excise tax was halved from 12.01am on March 30 as part of the previous government’s budget.

The excise and excise equivalent customs duty (excise) rates for petrol, diesel and all other fuel and petroleum based products, except aviation fuels, was halved for six months.

The halving of fuel excise rates will end at 11.59pm on September 28.