The Spanish second seed, who is chasing a record 21st Grand Slam title, held steady against the fierce hitting of Fognini and counter-punched brilliantly.

He set up a quarter-final meeting with Greek fifth seed Stefanos Tsitsipas, who advanced to the last eight after ninth seed Matteo Berrettini withdrew due to an abdominal strain.

Daniil Medvedev brushed aside Mackenzie McDonald 6-4 6-2 6-3 to extend his winning streak to 18 matches and set up an all-Russian quarter-final with Andrey Rublev, who was gifted a place in the last eight after Norway’s Casper Ruud retired injured.

Top-ranked Ash Barty sealed a dominant 6-3 6-4 victory over American Shelby Rogers to reach at least the quarter-finals for the third year in a row.

She will face 25th seed Karolina Muchova in the last eight after the Czech beat Belgium’s Elise Mertens 7-6(5) 7-5.

Jessica Pegula continued her dream run in Melbourne with a 6-4 3-6 6-3 win over Ukrainian fifth seed Elina Svitolina to set up an all-American quarter-final against Jennifer Brady, who beat Croatia’s Donna Vekic 6-1 7-5. 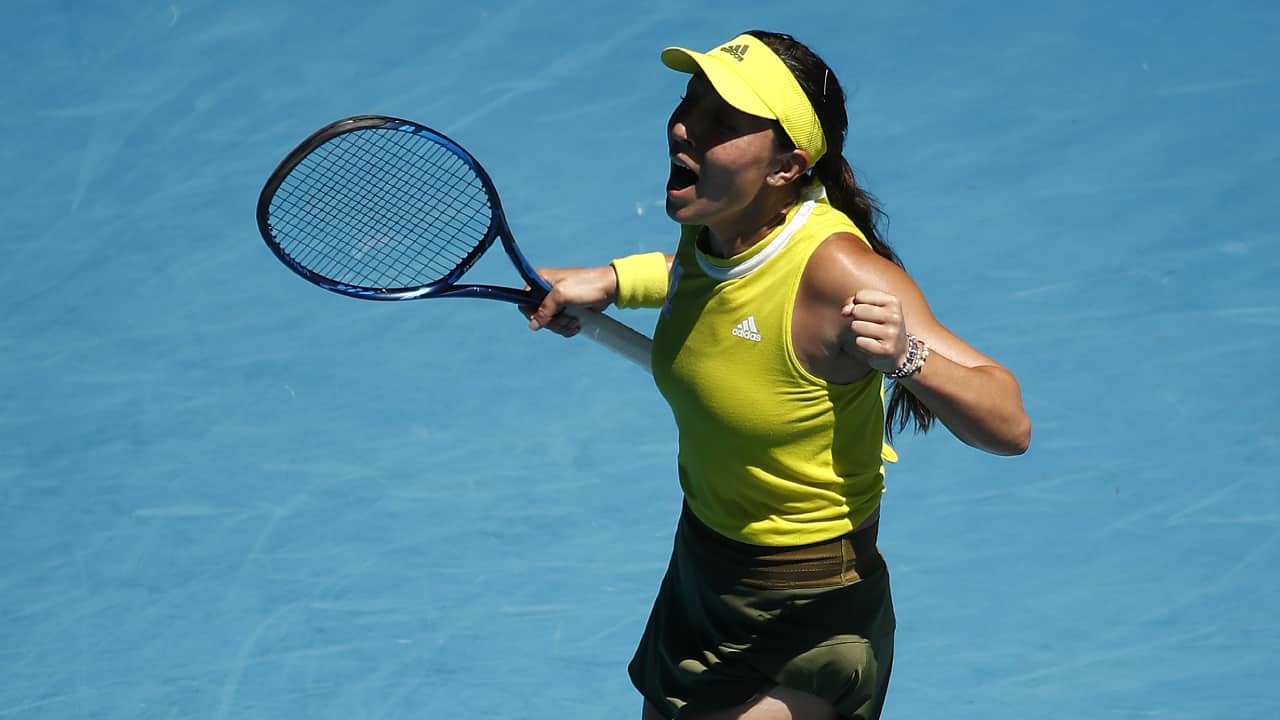 Toronto’s Sharon Fichman is heading to the women’s doubles quarter-finals at the Australian Open.

Fichman and Giuliana Olmos of Mexico beat Canadian Leylah Annie Fernandez and Great Britain’s Heather Watson 6-3, 6-2 in the third round on Monday. Sharon Fichman and Giuliana Olmos defeated Leylah Annie Fernandez and Heather Watson in the third round of women’s doubles play at the Australian Open. 1:25

Fichman and Olmos lost both opening games of the two sets played, but didn’t trail at any other point in the match. They needed 45 minutes to win the first set, and only 32 minutes more to win the second set.

It’s the first time the 30-year-old Fichman has reached the quarter-finals of any major tournament in her senior career. She won the 2006 Australian Open junior women’s doubles final with Russian Anastasia Pavlyuchenkova.

Fichman also hadn’t won a match at a Grand Slam since 2014 before the Australian Open.

Fichman and Olmos will face against No. 3 seeds Barbora Krejcikova and Katerina Siniakova of the Czech Republic in the next round.

Fernandez, from Laval, Que., also lost in the opening round of singles play at the Australian Open last week.

The third-seeded duo was to face American Bethanie Mattek-Sands and Great Britain’s Jamie Murray for a berth to the quarter-finals.