An almost full player attendance is expected at January’s Australian Open – although that seems increasingly unlikely to include former British No 1 Jo Konta.

The three-time Grand Slam semi-finalist has not played a match since the middle of August due to persistent knee problems, and her longer-term future is now shrouded in doubt.

With barely a week before entry deadlines to the initial Australian warm-up events there has been no sign of her practising in London as she weighs up alternatives to a tennis career. 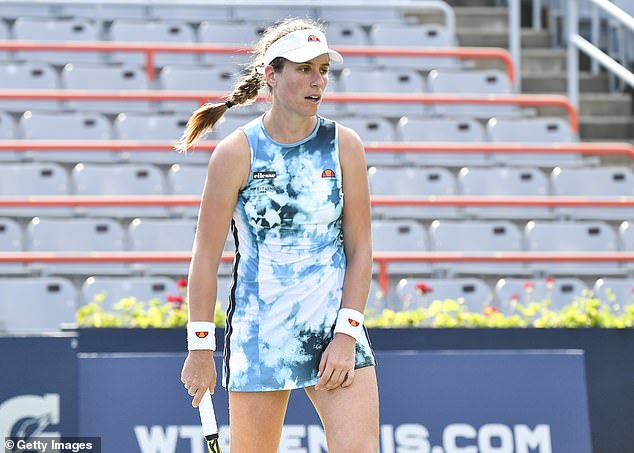 Broadcasting is one option and she has never made a secret of wishing to start a family as she prepares to marry long-time partner Jackson Wade. The-30 year-old has indicated previously that she would not be inclined to mix parenthood with the travelling life of a professional.

A representative of Konta said that she was ‘currently working to assess’ if she will attempt to play in Melbourne.

While her vaccination status is unknown (and being jabbed is a requirement to play in Melbourne) the worsening state of her knees is the more fundamental obstacle.

Having missed Wimbledon because of Covid, on the eve of a US Open that would be won by Emma Raducanu she pulled out of the event, and has not competed since.

Playing just eighteen matches this season has meant her world ranking has slipped down to 112, a level that would normally force her to qualify for the first Grand Slam of 2022.

However the entry threshold might be slightly lower this year as there may be a small number who decline to make the trip due to the vaccine stipulations.

Tennis Australia Chief Craig Tiley told radio station SEN that 85 per cent of tennis players are now vaccinated, and that he expects that number to rise.

‘We think by the time we get to January it will be between 90-95 per cent vaccinated because if you’re not, you cannot play,’ he said. 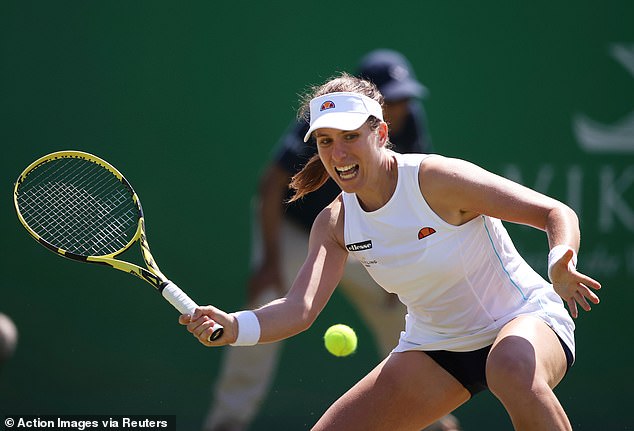 He insisted that Novak Djokovic, the highest-profile player who may refuse, had not told him what his status was. Yet the nine-time champion must be considered likely to play.

‘He’s on 20 Grand Slam titles as is Rafa Nadal, who is coming, and Roger Federer,’ added Tiley.

‘One of them is going to surpass the other and I don’t think Novak would want to leave that… to someone else.’

Tennis Australia has belatedly unveiled its tournament calendar, which will be a much more expansive programme than this year, which was pushed back to February. There will be events in Adelaide and Sydney, including the return of the 16-nation ATP Cup, taking place from January 1 and including Great Britain.