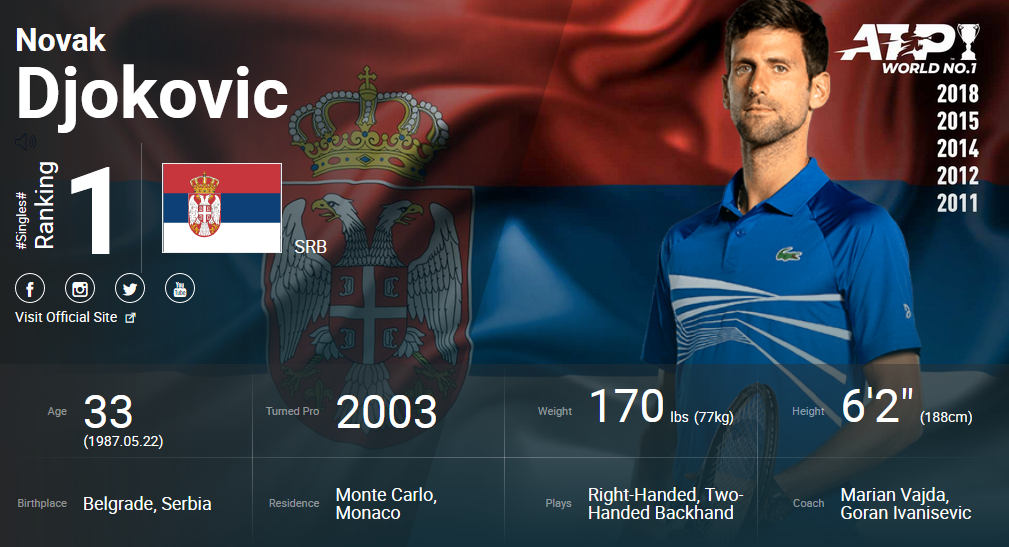 Just how long will the Big Three carry on winning the four Grand Slam titles? No players in tennis history have won the major tournaments more than Roger Federer, Rafael Nadal, and Novak Djokovic. This magnificent trio has won 57 of the world’s four biggest tournaments between them since 2003.

Federer has 20 to his illustrious name although Nadal matched that wonderful milestone with yet another French Open title in 2020. Meanwhile, Djokovic drew closer with the 17th Grand Slam title of his career, winning the 2020 Australian Open. They have also far surpassed the records achieved by players of previous generations which is a testament to their professional longevity and the impressive talents they each possess.

Bill Tilden was the first player ever to reach double figures, with the American a dominant figure who claimed 10 Grand Slams during the 1920s. Next was the wonderful Australian duo of Rod Laver (11) and Roy Emerson (12) in the swinging ’60s. Swedish titan Björn Borg dominated in the 1970s with 11 titles before American superstar Pete Sampras was the master of all he surveyed in the 1990s, sweeping his way to 14 Grand Slam victories.

Heading into the first Grand Slam event of the new season of tennis Australian Open odds would suggest that once again, Djokovic is primed for success at what has become his favorite tournament each year. He gets odds of 11/10 to take home the title. Of his 17 career Grand Slam titles seven have been won on the iconic center court of the Rod Lave Arena in Melbourne. That matches the previous record of seven won by Federer and beats the six won by Emerson.

However, after Dominic Thiem won the 2020 US Open, the first Grand Slam of his career, the 27-year-old Austrian is tipped for a strong 2021 tournament campaign, with the 2021 Australian Open his very first objective. Likewise, 2020 ATP Finals winner Daniil Medvedev could be one of the toughest challengers given the 24-year-old Russian leads a new generation of tennis talents.

Still, standing in the way of the next generation is the Big Three, which leads us back to the original question: how long will they keep on winning the major Grand Slam tournaments? Federer, Nadal, and Djokovic will all be present in Melbourne for the Australian Open. Anyone with ambitions of winning the first Grand Slam of 2021 will inevitably cross paths with one of them, if not all three before they can lift the Norman Brooks Challenge Cup.

Amusingly the @WeAreTennis Twitter account recently posted a video, predicting a wrinkled and bearded Rafael Nadal speaking at a press conference after winning his 38th French Open at Roland Garros in the year 2050. That fantasy setting featuring a 64-year-old Nadal pokes a little fun at the Spaniard, given he already seems to have been around forever just like both Federer and Djokovic.

Federer is the oldest of the Big Three and will celebrate his 40th birthday in August 2021, apparently with no plans to retire yet. Nadal will turn 35 in June 2021, with the Spaniard seemingly in the great physical condition and playing the best tennis of his life. Meanwhile, the baby of the bunch is Djokovic, with the Serbian set to turn 34 in May 2021.

It’s hard to guess how long we’ll get to continue admiring their phenomenal abilities, which means that when the Australian Open rolls around we should savor every minute of their action on the courts in Melbourne. We are inevitably reaching the sunset of their fantastic tennis careers before the next generation begins to emerge and start dominating themselves.