Australian house prices are set to plunge beyond Sydney and Melbourne with a new major city suffering the first monthly decline since 2020 amid expectations of more interest rate rises.

Brisbane has been Australia’s best performing property market since the pandemic began, but that is now changing.

Australia’s two biggest cities were already in decline, with Sydney falling another 0.4 per cent last month as Melbourne slipped by 0.61 per cent and Canberra slid by 0.23 per cent.

Now the nation’s three most populated centres – Sydney, Melbourne and Brisbane – are going backwards with the big banks expecting the Reserve Bank of Australia to hike the cash rate by another half a percentage point at its July 5 meeting.

‘Conditions in the housing market have slowed rapidly, marking the sharpest slowdown in prices in more than 30 years,’ he said.

‘We expect continued price falls across the country until the uncertainty about the extent of interest rate increases is resolved – likely extending beyond 2022.’

On Friday Deutsche Bank predicted prices would suffer the biggest fall in 50 years with a 15 per cent drop by the middle of 2023.

House prices fall in most big cities in June

Deutsche Bank Research economist Phil Odonaghoe said: “If our forecasts prove accurate, the middle of next year will see the weakest house price growth recorded in Australia for more than fifty years.’

A 0.5 percentage point RBA increase this month, following on from the increases in May and June, would see borrowers hit with the steepest rate rises in such a short time since late 1994.

When it came to house prices, separate data from CoreLogic showed declines or no growth in Sydney, Melbourne, Brisbane and Hobart in June.

But Adelaide was still going strong with median house prices rising by 1.3 per cent to $699,251.

Regional house prices rose by just 0.1 per cent in June to $623,661 in a sign momentum is also slowing outside the capital cities.

On an annual basis, Brisbane and Adelaide have both had very strong median house price growth of 27.4 per cent during the last financial year. 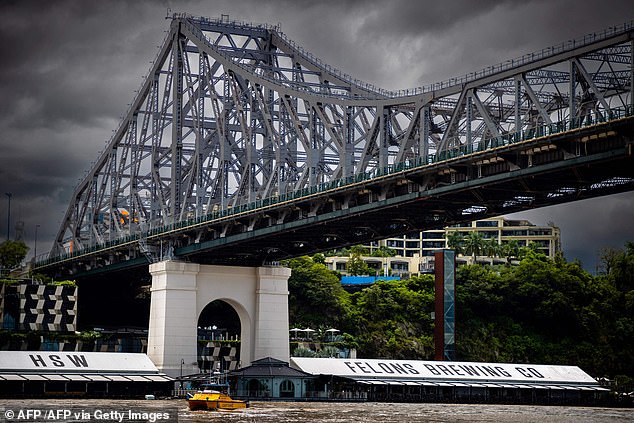 Brisbane (Story Bridge near New Farm pictured) since the pandemic began has been Australia’s best performing property market but that has now changed. Queensland capital home prices slipped by 0.09 per cent in June, marking the first monthly decline since April 2020, PropTrack data based on realestate.com.au sales figures showed

Regional house prices have climbed by 20.1 per cent during the past year compared with 10 per cent in the capital cities.

CoreLogic research director Tim Lawless said the May rise caused the June downturn in property prices, and expected this to spread to other cities.

‘Considering inflation is likely to remain stubbornly high for some time, and interest rates are expected to rise substantially in response, it’s likely the rate of decline in housing values will continue to gather steam and become more widespread,’ he said.

‘The correction is likely to continue in coming months with the RBA expected to deliver more 50 basis point rate hikes in July and August,’ he said.

‘This is also likely to see the correction broadened beyond the Sydney and Melbourne markets.’

Inflation in the year to March surged by 5.1 per cent – the fastest pace since 2001 – and Reserve Bank of Australia governor Philip Lowe is expecting it to hit 7 per cent this year for the first time since 1990. 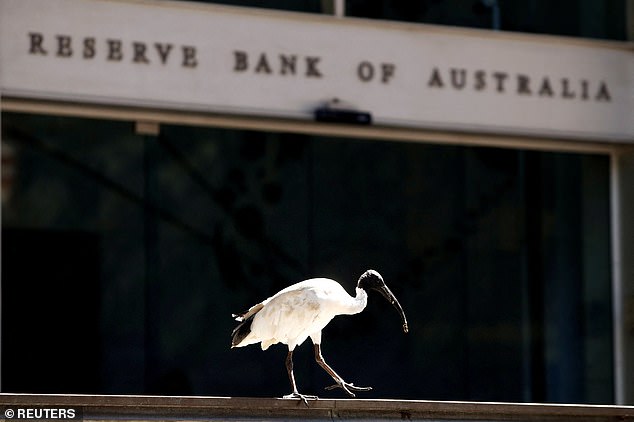 Inflation in the year to March surged by 5.1 per cent – the fastest pace since 2001 – and Reserve Bank of Australia governor Philip Lowe is expecting it to hit 7 per cent this year for the first time since 1990 (pictured is an ibis outside the RBA’s Sydney Martin Place headquarters)

The Commonwealth Bank is expecting the RBA cash rate to reach 2.1 per cent by November while Westpac is forecasting a 2.35 per cent cash rate by February next year.

Another rate rise in July would see the cash rate rise for three months in a row for the first time in almost 12 years.

A half a percentage point rise next month would also mean home borrowers would have copped 1.25 percentage points worth of RBA interest rate rises over three consecutive months.

This would mark the steepest pace of increases in such a short time since late 1994, during the early years of the internet.

The May rise of 0.25 percentage points was the first increase since November 2010.

The Commonwealth Bank on Thursday raised its fixed mortgage rates by a massive 1.4 percentage points for both owner-occupiers and investors seeking one to five-year terms.

What a 0.5 percentage point rate rise in July means for borrowers