The Federal government is considering letting Australians get a fifth COVID shot in preparation for winter – as case numbers drop in half over the past month.

The Australian Technical Advisory Group on Immunisation is set to give their advice on expanding eligibility for another booster shot soon.

Federal Health Minister Mark Butler told the ABC’s 7.30 program that the Albanese government was eagerly waiting for that advice.

‘I’ve made clear that advice to me from ATAGI, the Technical Advisory Group on Immunisation, was that we should expect advice from them very early this year about an additional booster dose,’ he said.

‘ATAGI and governments are thinking particularly about being prepared for the next winter.’

‘We need to think about additional communications campaigns to the community about the need for them to consider very seriously getting those additional boosters, and that work is underway in government right now as well.’

Only adults with a severely compromised immune system can get a fifth vaccine dose currently.

There has been an average of 6500 Covid cases per day recorded in Australia this month.

This is a fall from the 15,000 infections reported in December.

That advice was provided after evidence emerged from Singapore that a fifth shot had a trivial effect on virus transmission in the country.

The evidence also showed that serious illness or death was rare amongst vaccinated people. 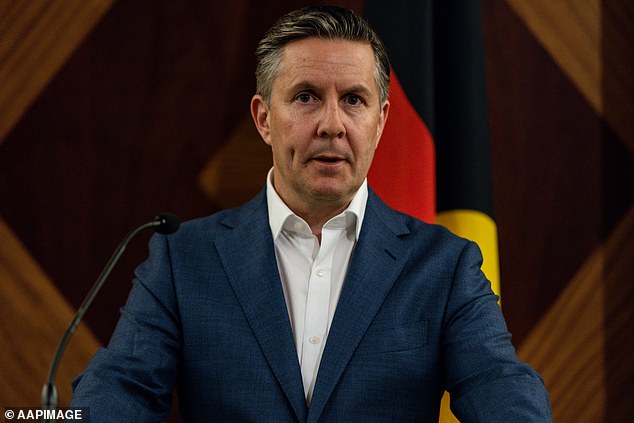 ‘ATAGI has considered international evidence as well as the local data around vaccination numbers, as well as case numbers in the pandemic and decided not to recommend a fifth dose,’ Mr Butler said at the time.

‘They noted that severe disease and death during that wave in Singapore was very rare for people who had had at least two doses of vaccine for COVID.’

The health minister urged Australians to get the recommended number of booster shots regardless.