A popular Australian DJ has suddenly died in the Netherlands just days after sharing an Instagram post about his ‘rebirth’.

Ryan Biggs, 30 – best known as the artist DELETE – was found dead at a home in Waalwijk, in southern Netherlands, on Saturday night.

The cause of Mr Biggs’ death has not been confirmed, but local media outlets report that police are not treating the incident as suspicious.

Mr Biggs spent the past nine years in Europe making a name for himself in the hardstyle community – with devastated relatives revealing it hadn’t always been easy.

His stepmother, Annmarie Biggs, said he had struggled with his mental health at times during his time away from home.

DELETE was known as the ‘king of gated kicks’, a sound technique popular in his style of music, and had garnered more than 67,000 fans on social media from across the world.

Ryan Biggs, AKA Delete, (pictured right) was found dead at home in the Netherlands, aged 30 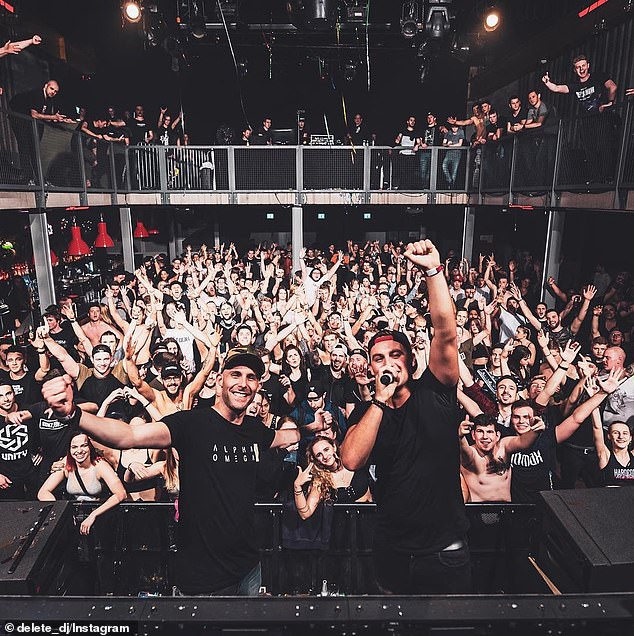 The DJ’s death has rocked the hardstyle community, with hundreds of fans paying tribute

Biggs had previously opened up about his struggles with depression and had cancelled shows in the past and stalled song releases due to his state of mind.

Two weeks before his death, Biggs issued a message to followers as he played what would be his final set at Netherlands’ REBiRTH festival.

He thanked them for sticking with him throughout his career even during his period of ‘silence’ and vowed to give them an incredible performance, describing what he was going through himself as a rebirth.

‘I’m so grateful for all my fans that have stuck with me the past few years while I was silent.’

‘I’ll make sure it was worth the wait.

Just weeks before his death, Biggs had issued a post thanking for fans for sticking by his side as his battle with depression slowed down music releases

Devastated fans and friends flocked online to pay their respects to the beloved DJ as the hardstyle community reels over his unexpected death.

Fellow Australian DJ Toneshifterz said he was in ‘absolute shock’. ‘Rest in peace legend,’ he said.

‘It was too early for you to leave, you touched many peoples hearts with your music and we will miss you. We lost an Australian hardstyle Legend today.’

Dutch DJs Randy ‘Ran-D’ Wieland and Bob van der Palen, aka B-Front also offered their condolences to his family and said he would be ‘missed’.

‘I’m absolutely shattered right now,’ one fan wrote. ‘Thank you for everything. I’m grateful that I got to witness you multiple times in Australia. You will never be forgotten in the hardstyle community. RIP King’

‘I am so upset on what has happened today,’ another person said,’12 years ago you have changed my life, first artist to make me fall in love with the RAW scene, your style of music makes me happy every time I hear it.

‘Keep kickrolling up in heaven.’ 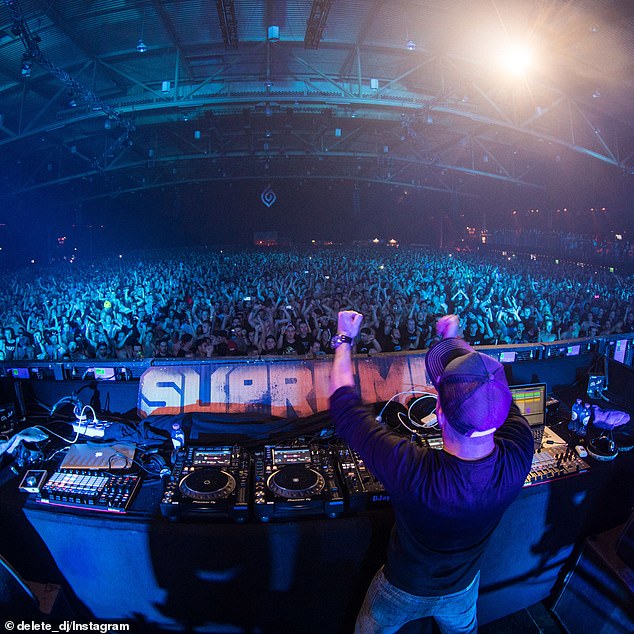 DJ Delete, who became known as the ‘King of gated kicks, played at many high-profile hard dance events across the world

Biggs’ biggest hit was ‘Payback ‘, featuring MC Tha Watcher, which almost 2 million hits on YouTube and 8 million on Spotify since its release in 2018.

He performed at some of the world’s largest hardstyle events including Defqon.1, Decibel, QAPITAL, Loudness, Q-BASE, Dominator, Masters of Hardcore, Hard Bass, and Supremacy.

In recent years, he had been open about battling with depression which had led to delays in releasing his albums as he grappled with ‘burnout’.

In March 2021, he revealed the past seven years had been ‘tough’ after he suffered a number of ‘tragic events’ in 2013 when he first migrated to Europe.

‘My struggle with depression, anxiety and other mental problems have gotten worse every year for the past few years,’ he wrote on Facebook.

‘The depression I had never really went away… it turned dark again ever since my album at the end of 2018. 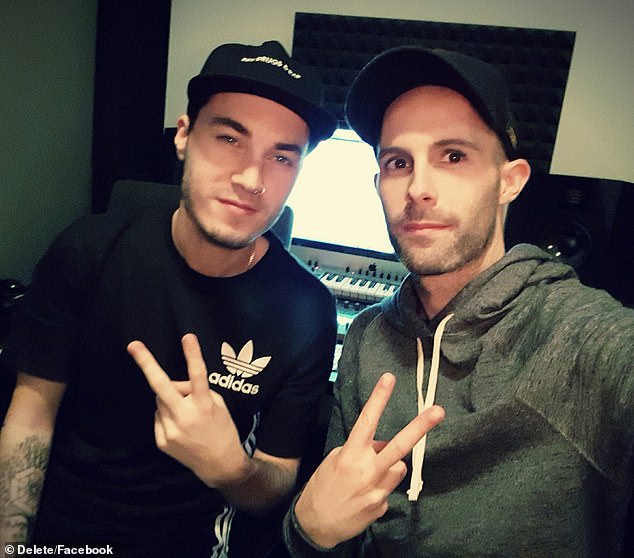 The DJ, whose career spanned more than 15 years, moved to the Netherlands in 2013 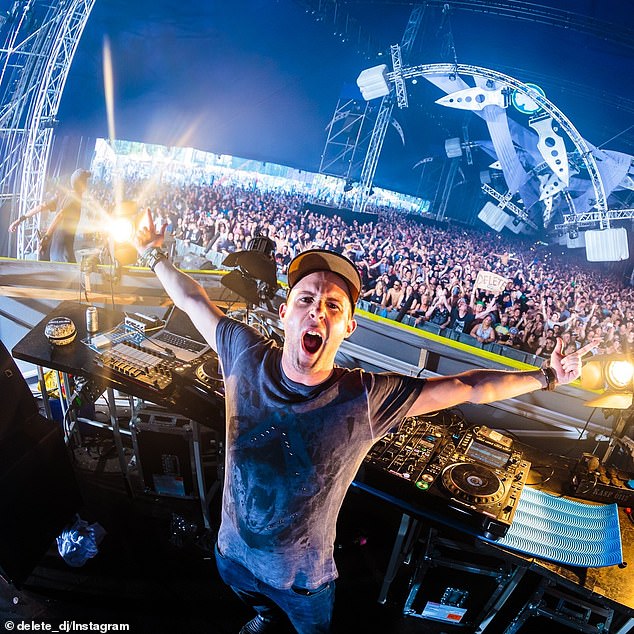 Hardstyle is a sub-genre of Electronic Dance Music (EDM).

It is characterised by heavy use of synthesisers and sound distortion.

It emerged in the Netherlands in the late 1990s and mixes influences from techno, new beat, and hardcore.

This style tends to features a hard-sounding kick drum and distorted and detuned vocals.

‘Depression is debilitating and makes the simplest things much more difficult. It really has taken away my ability to accomplish anything meaningful. Finishing music used to be second nature, but lately it’s like climbing a huge mountain.’

Biggs said he had started seeking help after becoming overwhelmed after taking on too many projects at the beginning of 2021 after fans asked him to make more music.

‘I just started it way too optimistically and jumped the gun scheduling releases when I really shouldn’t have, but the silver lining is that I finally made the move to get help. I’ve finally started medication, getting psychologic help etc,’ he said.

‘I want to thank you for your support over all these years and being patient with me.

‘The one thing that has kept me going is the love and support I get from you guys, and my colleagues/label(s)/agency, who also have been great.’

His stepmother Annmaree Biggs has launched a GoFundMe to help raise funds to bring the musician’s body back home to Australia. 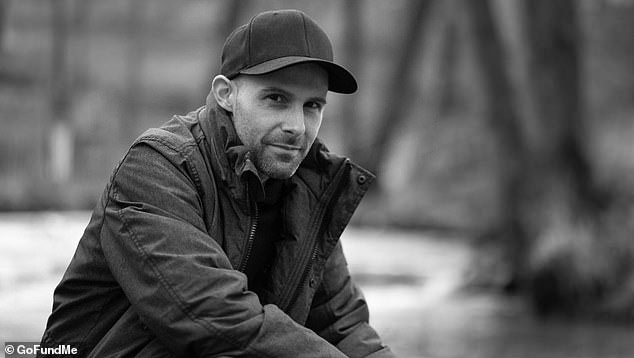 Ms Biggs said he left his homeland to follow his dreams as a DJ and producer in the hardstyle scene, and the distance had been hard on his family.

‘It’s been so hard for us with Ryan on the other side of the world, but we have watched his successes and were so proud of him,’ she said.

‘For the last few years it has been tough on Ryan with the lockdowns and mental health issues but he gave it everything he had for his fans.’

Ms Biggs said the family were devastated’ to wake up on Sunday to the ‘absolutely shattering’ news of his death.

‘We need to get him home to lay him to rest.. and give him the funeral that he deserves to celebrate his life as a family and start healing,’ she said.

‘Please help us get Ryan aka “Delete” back to his family and home where he can rest in peace.’