Health Minister Greg Hunt has asked Pfizer to apply for its Covid-19 vaccine to be given to Australian children aged five to 11.

The pharmaceutical giant on Monday said its vaccine works for children in this age-group and that it will seek authorisation in the US this month.

The vaccine is already approved for anyone over 12 in Australia.

Three-year-old Andel was the first youngster to receive the Pfizer-BioNTech COVID-19 vaccine at Stanford Medicine in California. His parents, Otavio and Zina Good, enrolled him in a clinical trial for children aged six months through four years

‘Should the ATAGI also approve vaccination of this age cohort, vaccination would commence as a priority,’ Mr Hunt said.

For children under 12, Pfizer tested a much lower dose – a third of the amount in each shot given now.

The smaller dosage also proved safe, with similar or fewer temporary side effects – such as sore arms, fever or aches – that teens experience, he said. 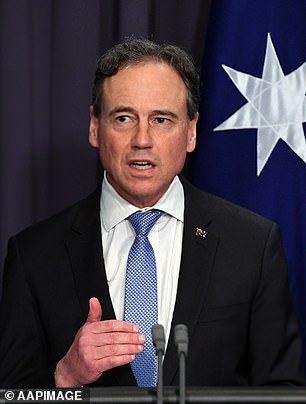 Dr Gruber said Pfizer aim to apply to the Food and Drug Administration by the end of the month for emergency use in this age group, followed shortly afterward with applications to European and British regulators.

Earlier this month, Federal Drug Administration chief Dr Peter Marks said that once Pfizer turns over its study results, his agency would evaluate the data ‘hopefully in a matter of weeks’ to decide if the shots are safe and effective enough for younger kids.

Pfizer said it studied the lower dose in 2,268 kindergartners and elementary school-aged kids.

The FDA required what is called an immune ‘bridging’ study: evidence that the younger children developed antibody levels already proven to be protective in teens and adults.

That’s what Pfizer reported Monday in a press release, not a scientific publication.

The study still is ongoing, and there haven’t yet been enough Covid-19 cases to compare rates between the vaccinated and those given a placebo – something that might offer additional evidence.

The study isn’t large enough to detect any extremely rare side effects, such as the heart inflammation that sometimes occurs after the second dose, mostly in young men.

Dr Marks said the paediatric studies should be large enough to rule out any higher risk to young children.

Dr Gruber said once the vaccine is authorized for younger children, they’ll be carefully monitored for rare risks just like everyone else.

Cuba last week began immunizing children as young as two with its homegrown vaccines and Chinese regulators have cleared two of its brands down to age three.

Australian Doctors have backed vaccinating children aged between five and 11 against coronavirus in schools as early as next year.

Australian Medical Association president Omar Khorshid told a Senate inquiry on Tuesday a rollout for younger children would depend on clinical trials and regulatory approval.

‘I suspect that a school-based vaccine program will take place next year because it will take that long for various approvals to come through and we need to have vaccine supply,’ he said. 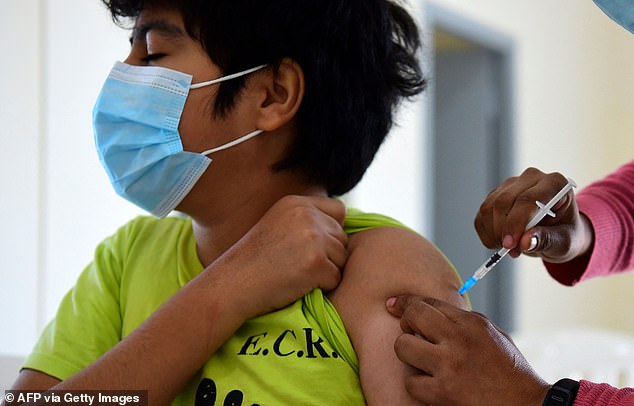