Intense heat, major downpours EVERYWHERE and an entire state under threat of a cyclone: Single map reveals weather chaos set to strike Australia in coming days – here’s the forecast for your city

Australia is bracing for a wild week of weather extremes which will see sweltering heat give way to bucketing rain and the threat of a major tropical cyclone.

Every state across the nation will be hit by a deluge in the coming days, with an extraordinary radar image forecasting rain in almost every inch of the continent on Sunday.

Only one small area in the outback will be spared from the downpour.

Despite the wet weather and intense thunderstorm warnings, temperatures are predicted to be hot and sweaty, as warn air is drawn down from the Interior ahead of an approaching cold front out to sea. 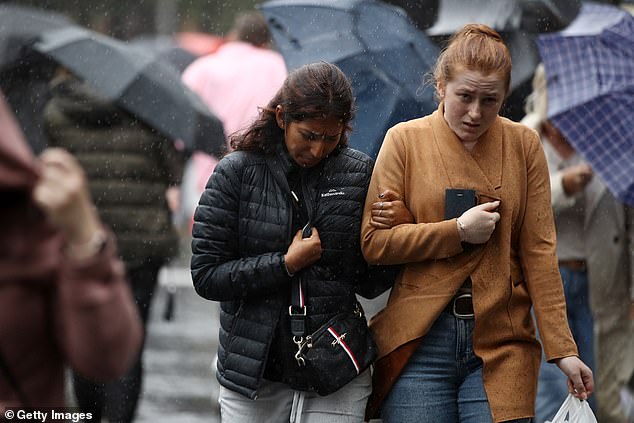 Pedestrians brave the rain and cold weather in Sydney’s CBD on January 6, 2023

‘The mercury is likely to reach into the mid-to-high thirties in Adelaide and Melbourne on Tuesday and could also hit the low-thirties in Hobart, Canberra and Sydney on Tuesday or Wednesday,’ Weatherzone’s Ben Domensino said.

‘This week could feature Sydney’s first day over 30C since February 2021, which would end the city’s second longest stretch without a 30C day in records dating back to 1859.’

Further north, large parts of northern Queensland already cut off by floodwaters will continue to be bombarded with heavy rainfall from a massive low pressure system sitting out to sea.

‘While it’s too early to know how any of these lows will behave just yet, there is an increased risk of tropical cyclone development in and around the Coral Sea from about Thursday onwards,’ Mr Domensino said.

The Bureau of Meteorology has recently warned all Queenslanders to be on high alert for cyclones up until May. 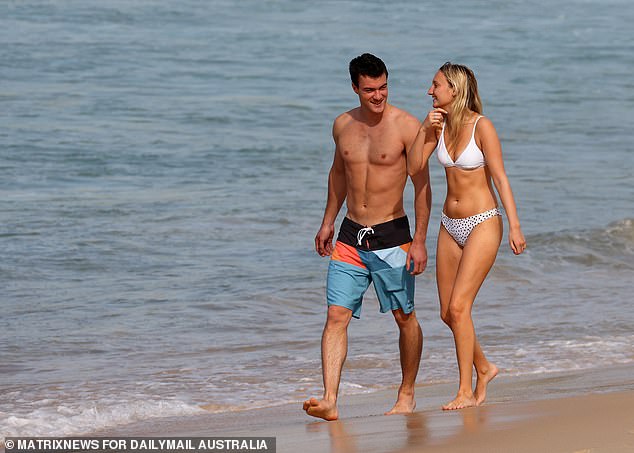 Sydney, where these two are walking along Bondi Beach, may get its first day above 30C in almost a year 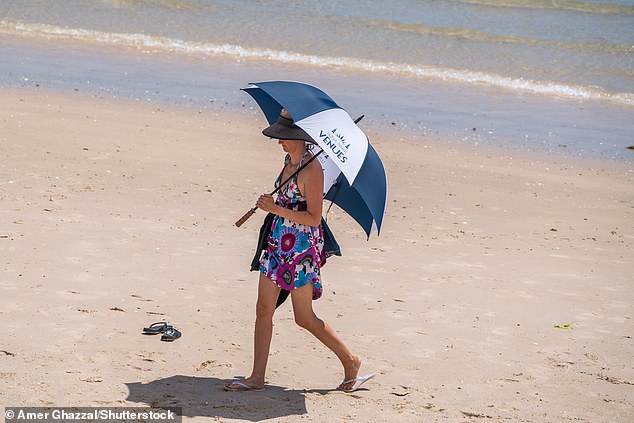 ‘If you live anywhere on the Queensland coast you should expect cyclonic conditions at some stage, they are moving further south,’ Mr MacKenzie told the Courier Mail.

‘We shouldn’t be too concerned or excited when the conditions are for a certain number of cyclones because it only takes one to cause devastation, be prepared every season.

‘Know what the cyclone ratings are and what your house can withstand, know where you’re going to go in the event of a cyclone, how you’re going to get there and alert friends and family if you’re staying with them.’ 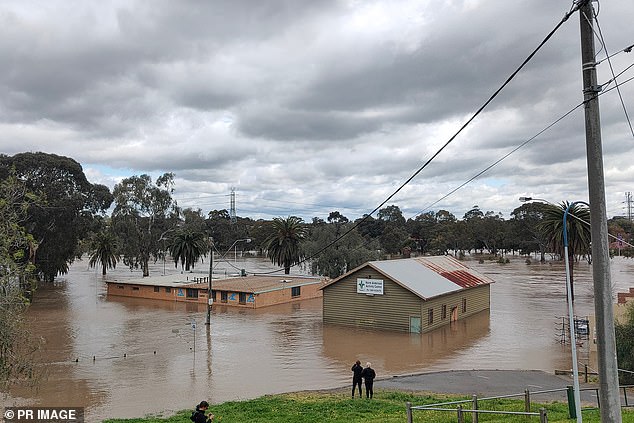 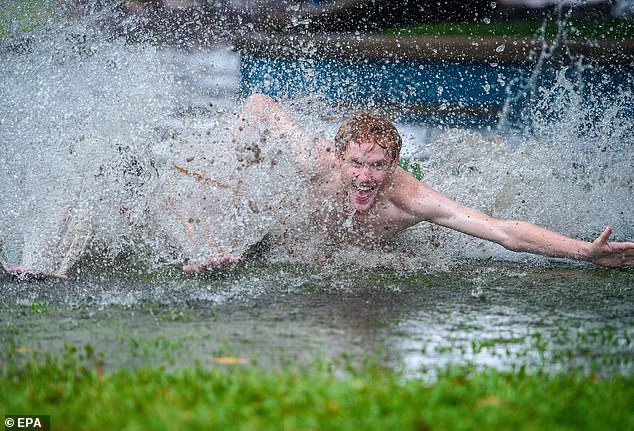 Townsville residents show there is an upside to all the rain the region is receiving, with the bucketing set to continue

Meanwhile, as the cold front moves south in the coming days it may bring severe thunderstorms to South Australia, Victoria and southwest NSW.

Canberra and Sydney may get the brunt of storms on Wednesday night.

Western Australia and the Northern Territory will also have to batten down under with heavy rain and storms forecast for the next few days.

‘Rain and thunderstorms will continue over northern parts of Qld, the NT and WA during the first half of this week as a broad low pressure trough lingers over northern Australia,’ Mr Domensino said.

‘This rain and storm activity will become more widespread over WA in the middle of the week as tropical moisture feeds into a deepening trough near the nation’s west coast.’